Our first real stop in Burgundy proper was at Avallon. It's a large town, pop. 8200, located south of Auxerre and north of Autun. Avallon is perched on top of a granite outcropping, overlooking the valley of the Cousin river. The gîte we had rented for three nights was just 30 minutes north, and we had time to stop before continuing the drive. 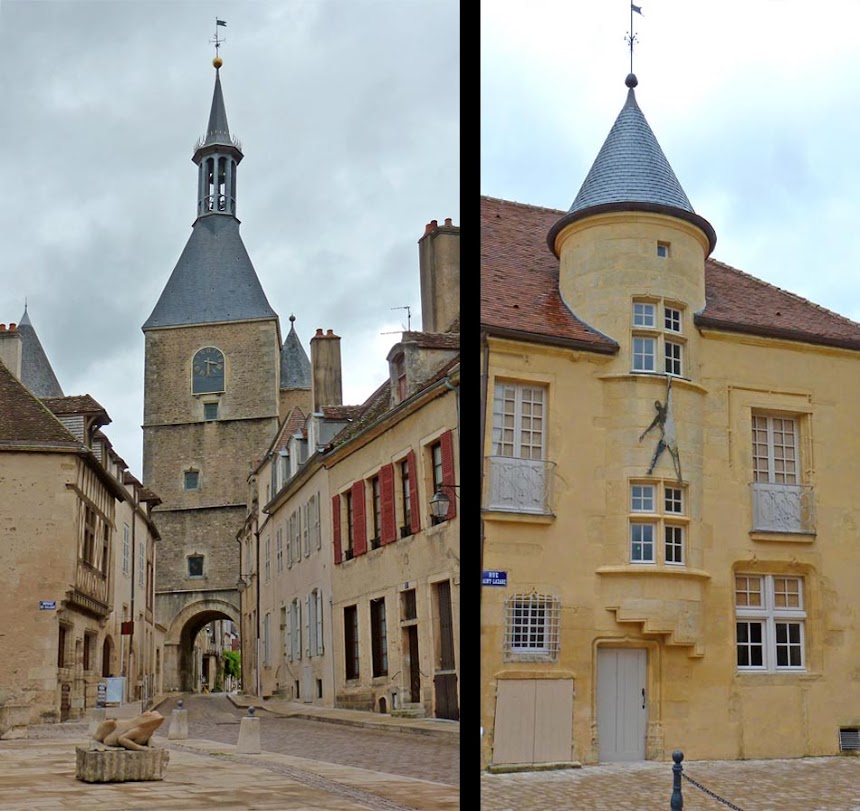 However, it was still raining on and off, so we didn't feel like we could wander far from the car. We drove through the central shopping street and into the old fortified city, with its clock tower and old houses. It was nice weather for frogs, apparently. Maybe it rains a lot in Avallon. 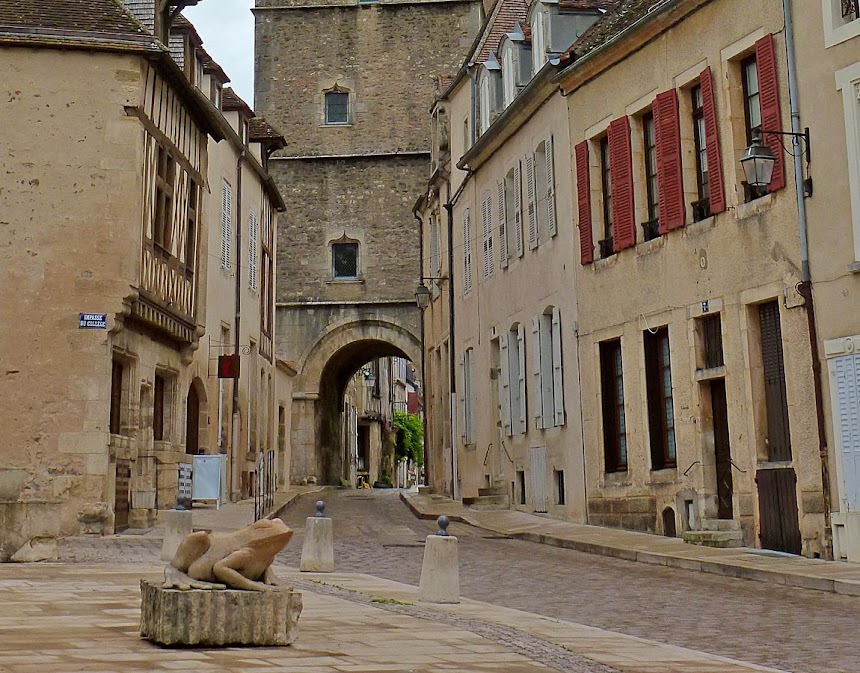 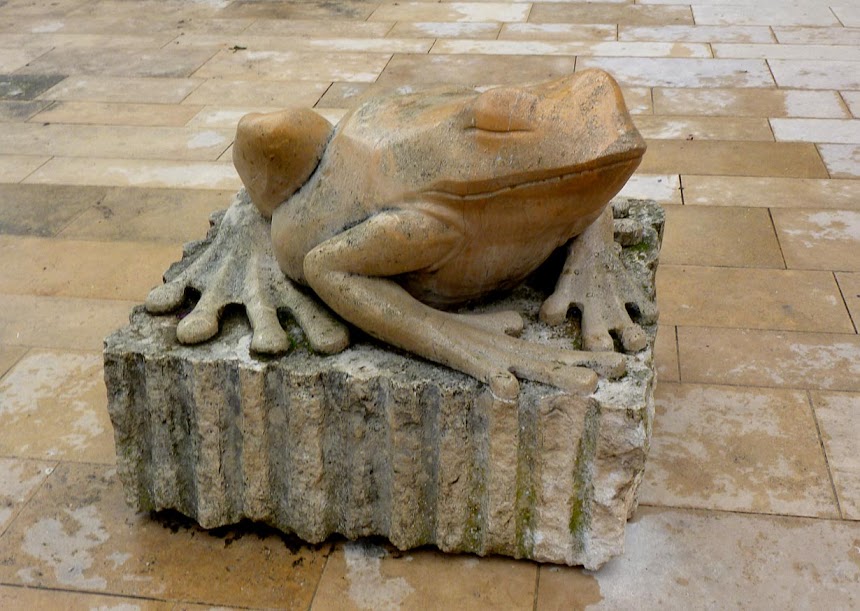 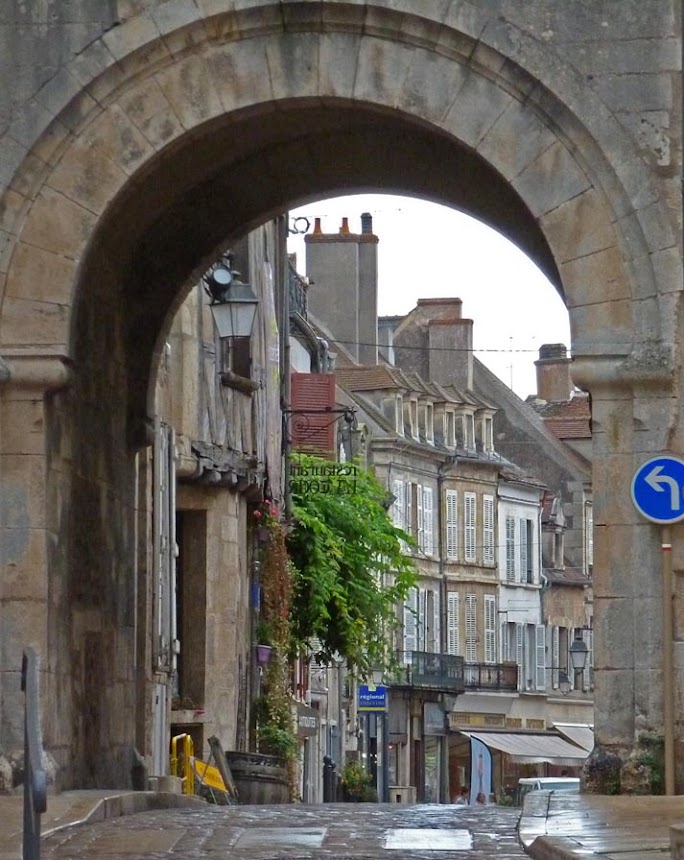 This part of the town is called La Promenade de la Petite Porte, which is at the other end of the street. The arch you see here is called la porte de la Boucherie (15th century).
Posted by Ken Broadhurst at 08:00