Tonnerre is the French word for "thunder" but the name of the town called Tonnerre in Burgundy has an entirely different derivation. Two thousand years ago the town was known as Tornodurum — the little fortified town might have been named after a prominent resident called Tournus. I don't think anybody really knows. 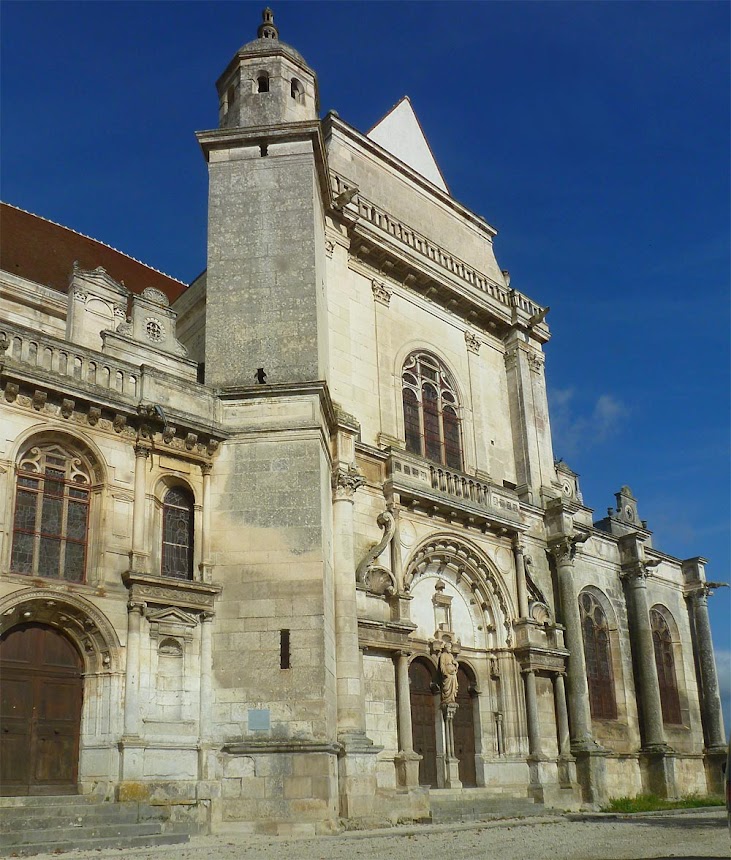 Tonnerre is located on the side of a big hill on the Armançon river and the Canal de Bourgogne. It's just a few minutes' drive from Chablis, and with a population of more that five thousand it's a much bigger place. A church called the Église Saint-Pierre dominates the area. Nearby to the north is the town of Chaource, where a delicious cheese with that name is made. 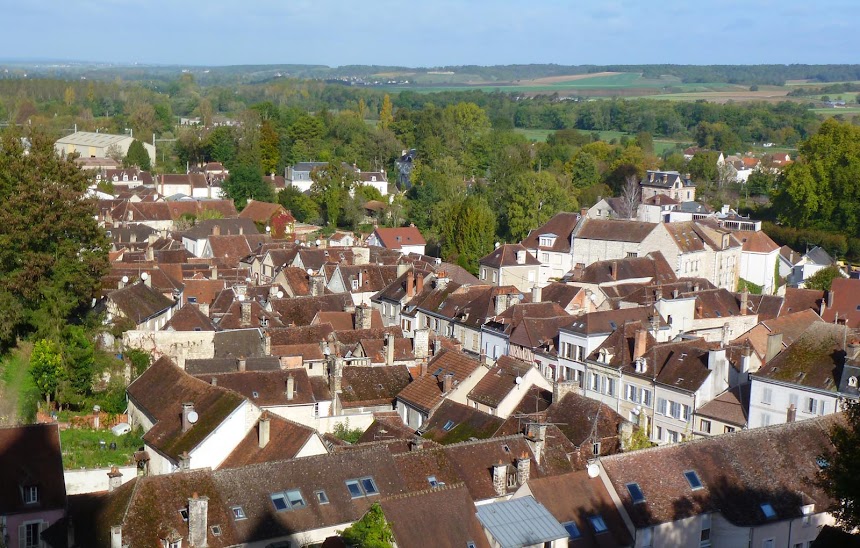 The original church was built in the 14th century but after a big fire it had to be rebuilt in the mid-16th. You can't go into the church unless you've made an appointment with the local Office de Tourisme for a guided tour. 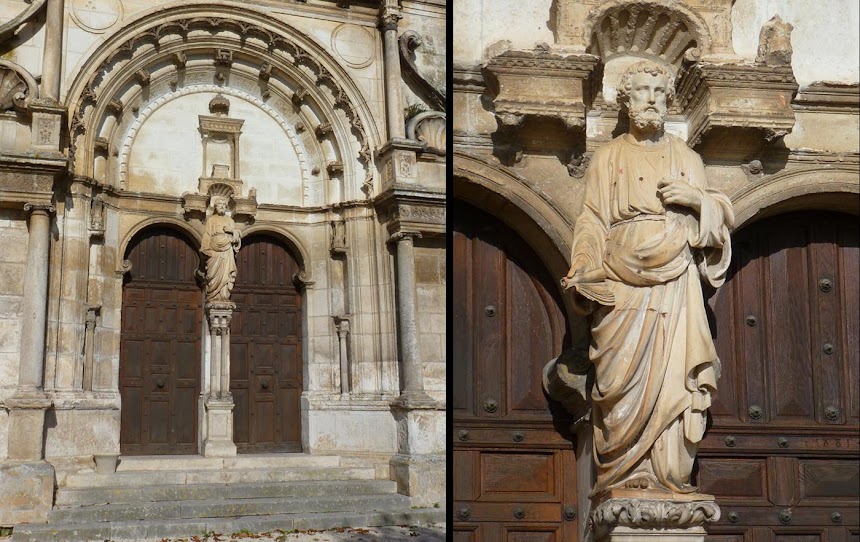 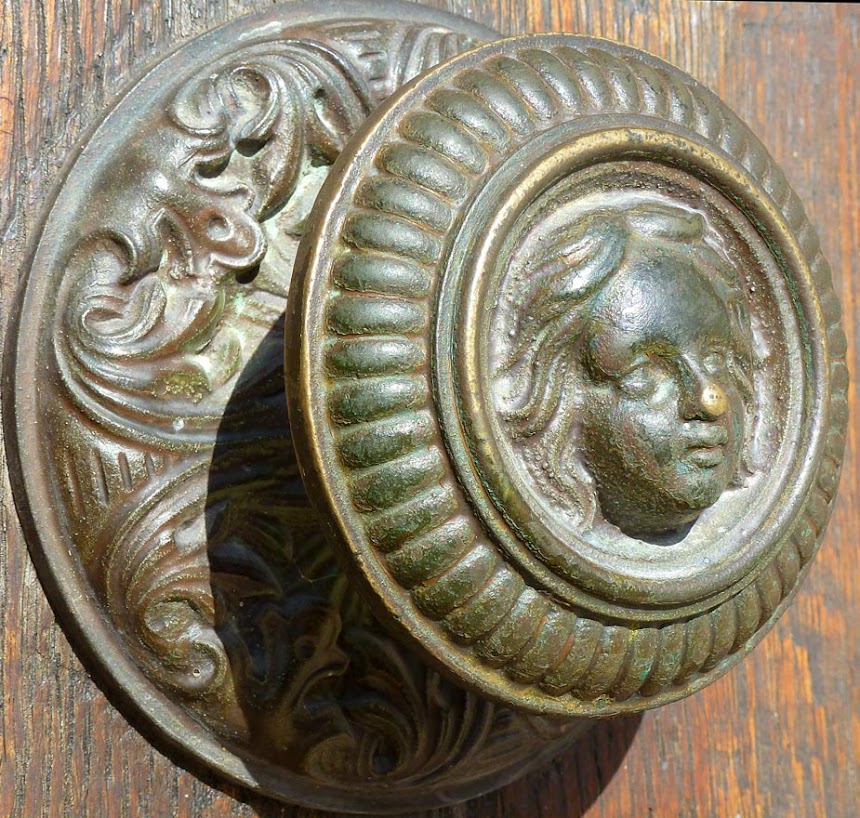 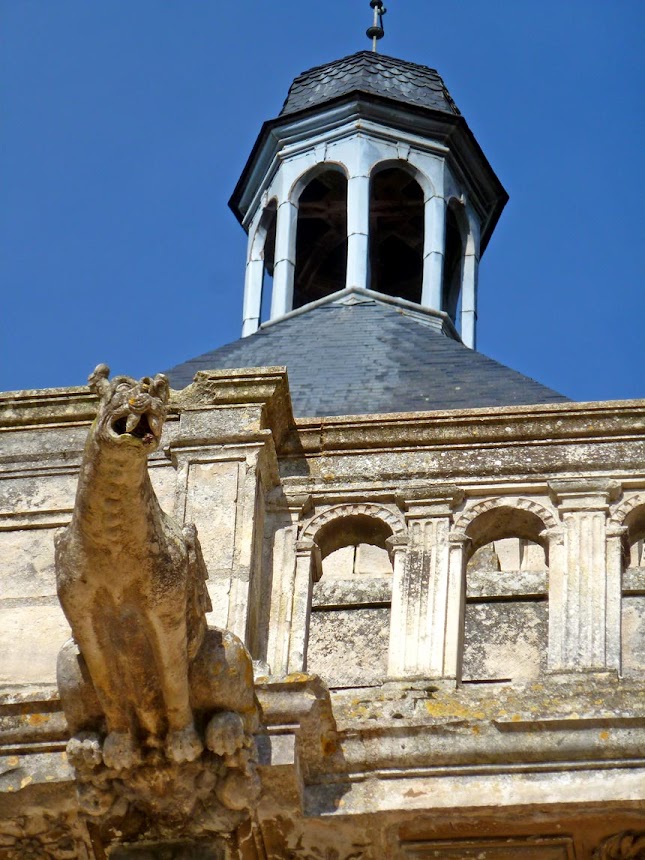 Despite some nice architectural details, the site's most notable feature is the spectacular views of the town that you have from its grounds (see an example above).
Posted by Ken Broadhurst at 08:00