Since I can't really organize them in any logical way, or decide which ones to leave out, here are some photos of the town of Tonnerre (pop. 5,000 or so) and its rooftops « en vrac » — "in bulk" — in no particular order, in other words. As you can see, on that first full day we spent in Burgundy the weather was just beautiful. 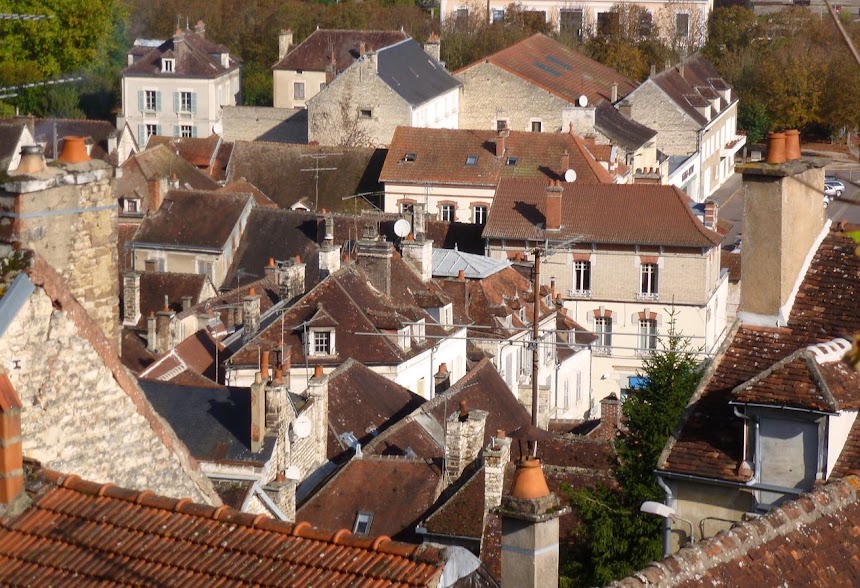 These are photos that I took from up at the Église Saint-Pierre. There, we took a walk around the church grounds with the dog. Since we saw only two other people — a jogger, and a well-dressed woman who was just leaving as we arrived, we were able to take Callie off the leash and let her sniff around unencumbered. 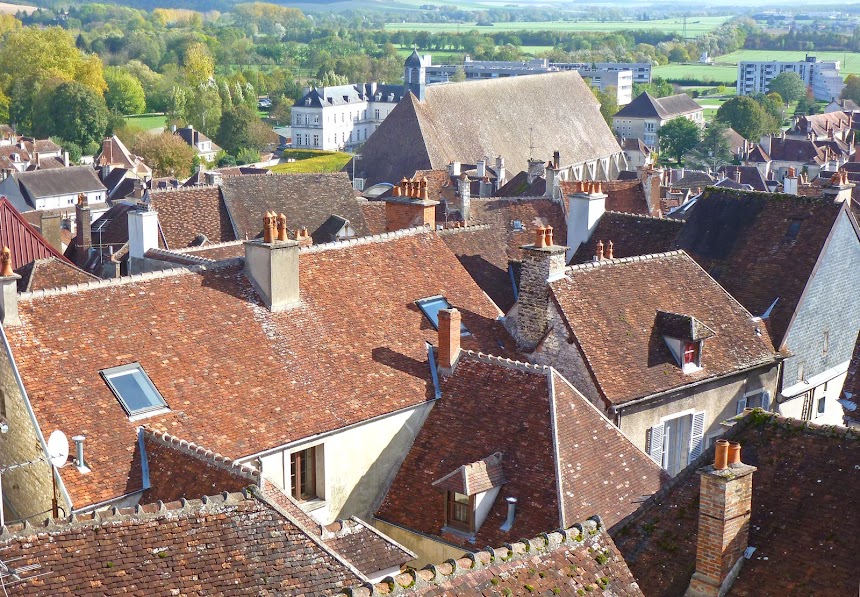 As I've mentioned, traveling with a dog is not ideal. We didn't want to leave poor Callie in the parked car for long periods of time, but it is hard to walk the narrow streets and sidewalks with a dog on a leash. If you do it, you pretty much have to give up on taking photos. The photos here will give you an idea of what a jumble of houses and narrow walkways Tonnerre is. 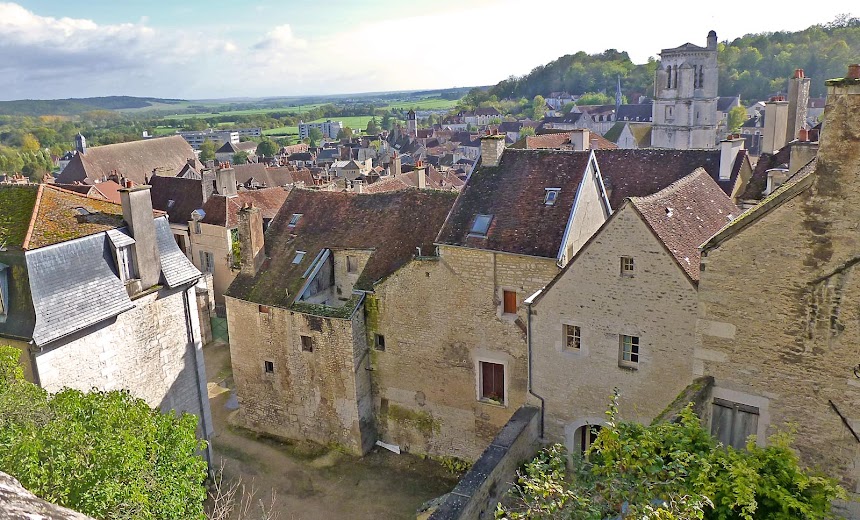 We had thought be might have lunch in a restaurant in Tonnerre, but again, with the dog, that was going to be too much trouble. First, we'd have to find a restaurant that didn't mind admitting a dog. And the atmosphere would have to be right — not too crowded, not too boisterous, and without the presence of other dogs or cats. We gave up. 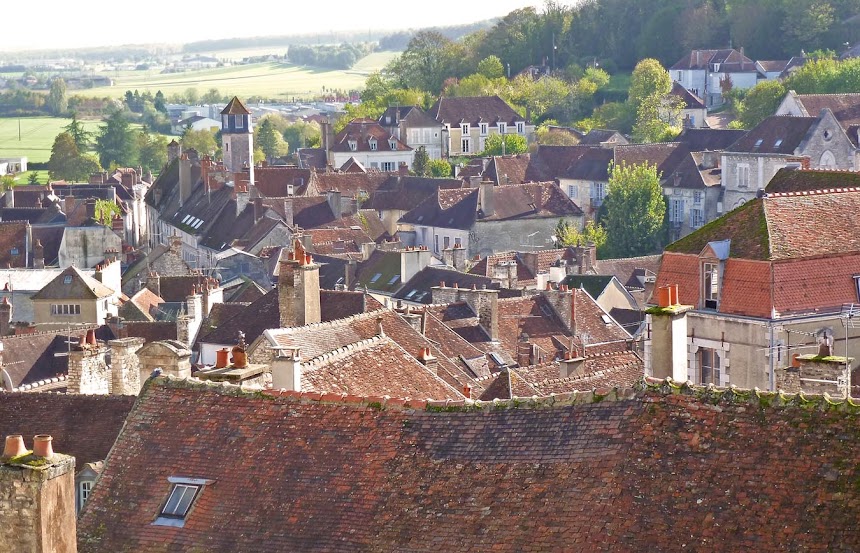 We ended up driving out to a supermarket on the edge of town to pick up some food for lunch — I think we got pizzas — as well as some food for dinner that would be good with the (white) Chablis wines we had bought earlier in the day (we bought shrimp and I made mayonnaise to have with them). We went back to the gîte and had lunch before heading out for an afternoon excursion. 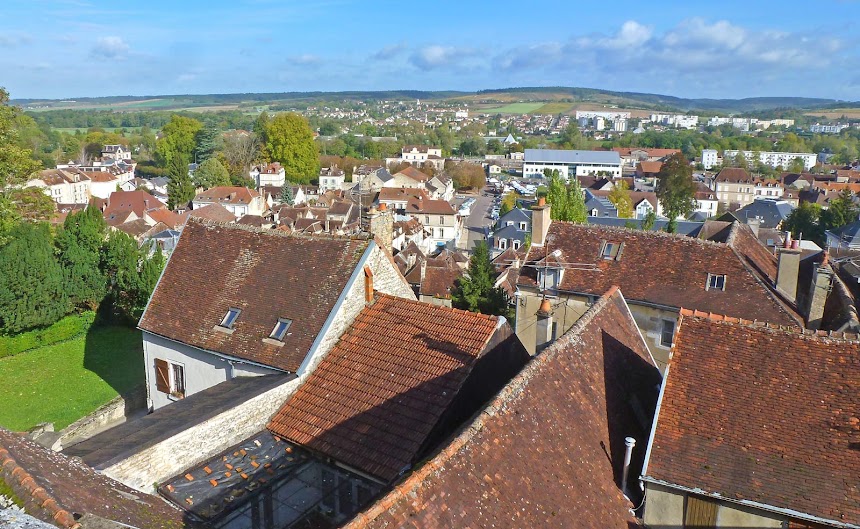 I warn you now: tomorrow I'll be posting more of these views of Tonnerre from on high. Today and tomorrow, we will be going into high gear to prepare our New Year's Eve and New Year's Day meals. In fact, I started yesterday by making confit de canard... More about all that at the appropriate time.
Posted by Ken Broadhurst at 08:00