Muffins for breakfast or brunch

It's always surprising how easy it is to make from scratch most of the foods that in the U.S. we only buy in bakeries or supermarkets. Bagels, dinner rolls, pie crusts, puff pastry, brioche, U.S.-style biscuits and cornbreads (including hushpuppies), sandwich breads, and other baked goods have been successes for us. Now it's muffins — English muffins, as we call them, to distinguish them from corn or blueberry muffins, which are American standards. 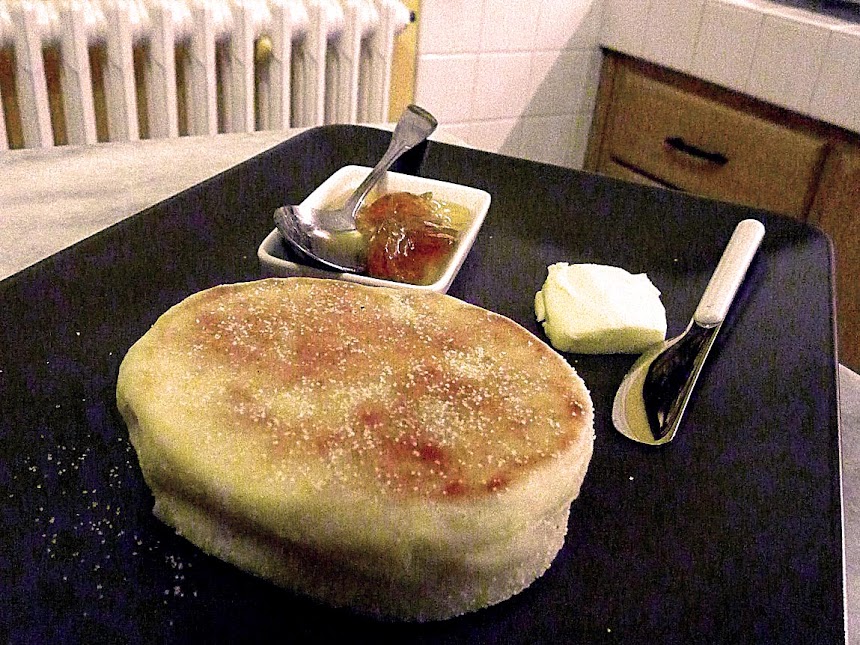 I read on this site that English muffins were invented in New York (by a British immigrant who was a professional baker) and made made their way back to the old country much later. They resemble British crumpets in some ways, but they are yeast-leavened, not made with baking soda or powder. Crumpets are made in metal rings or forms on a griddle from a loose batter. Muffins are also cooked on a griddle, but from a stiff dough that holds its shape without the help of a ring. 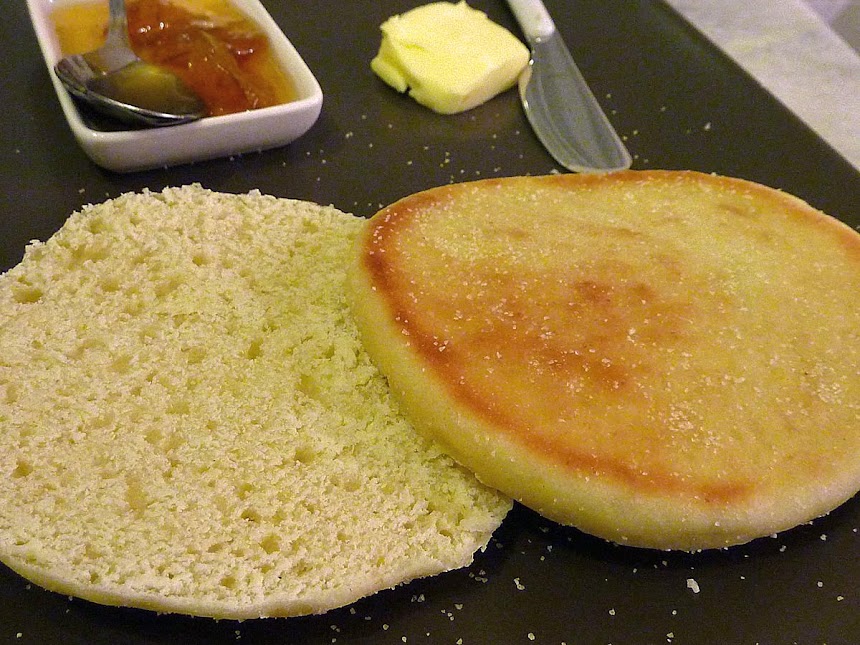 The main thing about making them yourself is that you have to plan ahead so that the English muffin dough has time to rise. When you put them on the griddle or in a dry skillet to cook them, you dust them with coarse wheat semolina. That prevents them from sticking to the hot cooking surface. 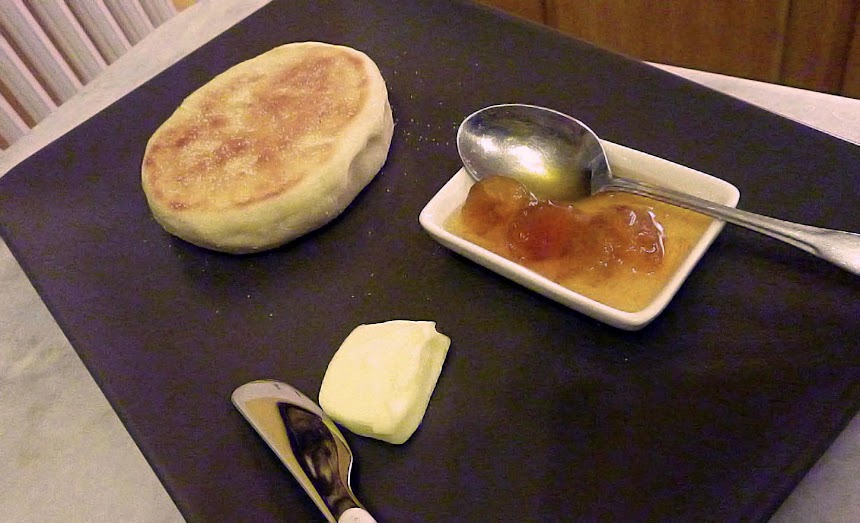 As you can see, these muffins came out great. Walt made them, of course. He's the real baker. English muffins, like bagels, are not something you find easily in French supermarkets. Necessity (or gourmandise) being the mother of invention, you end up making your own one day or another. The muffins are especially good toasted and then eaten with good French butter and some home-made preserves or jam. I see Eggs Benedict in our future.

Here's a recipe that Walt found on a BBC food site and adapted to work with the ingredients we had on hand. And here's another recipe for them. And while I'm at it, here's a French recipe.
Posted by Ken Broadhurst at 07:30