Gîte is a word you hear often in France, especially when you are planning a trip including a longer stay than you would want to spend in a hotel. The full term is gîte rural, and there's a French association of property owners called Gîtes de France (web site in English or French) where you can choose the place you want to spend a weekend or a week or more in when you go on vacation. A gîte rural [zheet ru-RAL] is a vacation rental out in the country.


Notice that the word is pronounced with a "soft" G, which in French is pronounced [ZH], like the G in bourgeois or the S in English treasure, measure, or pleasure. It's not the hard G of give or gift. In French, a G before an E or I is always a soft G. In English, there are no rules about whether the G will be "hard" or "soft" before those two vowels. (Why is is the G of gift, gizzard, or Gilbert different from the G of gist, giraffe, giant, or gin?) Before A, O, or U, the G in both English and French is a "hard" G. 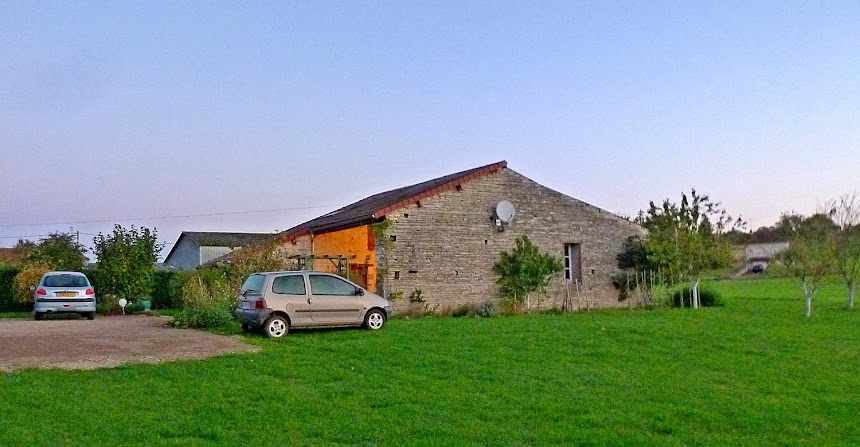 Our gite was an apartment in this outbuilding in the owners' back yard. The car on the left is our old Peugeot and the one on the right, a Renault Twingo, must have belonged to people staying in the B&B.


Anyway, the American Heritage Dictionary says that a gite (no accent in English) is a "simple, usually inexpensive rural vacation retreat especially in France." An apartment in Paris wouldn't be called a gîte in French. By definition, a gîte is located in a rural setting. In fact, one of the meanings of the word is 'den' or a 'lair', describing the place where a wild animal takes shelter from the weather or from predators. You shouldn't expect a gite to be luxurious — it should be a little rustic but comfortable. 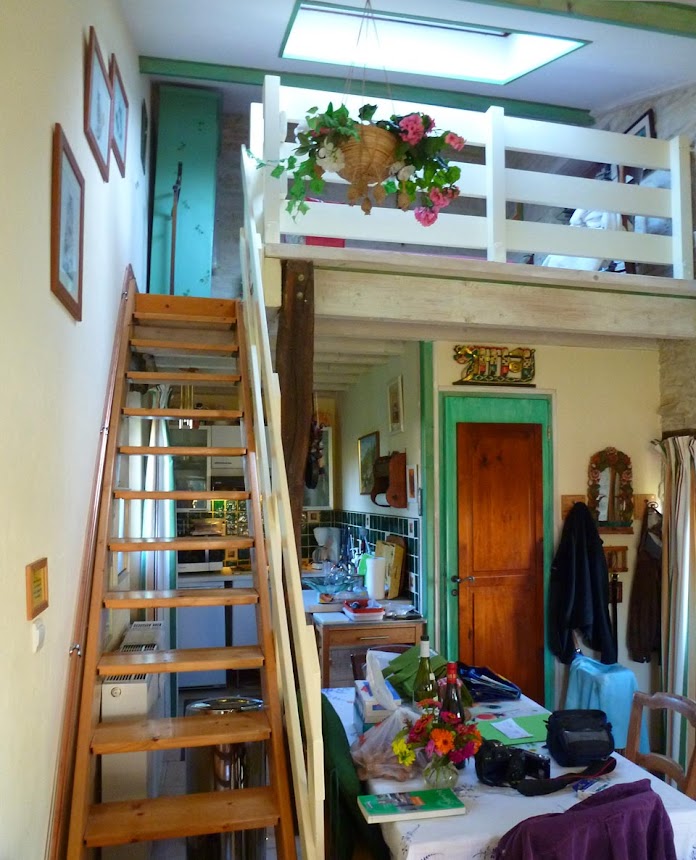 The gite called Le Nid was tiny but well arranged and amply furnished. It was comfortable for a three-night stay.


So I had found a gite on the Gîtes de France web site for our short trip to Burgundy. It is called Le Nid (The Nest), and it is owned by a couple who live in the village called Môlay. They also operate a B&B in the larger house on their property. Here's their web site in French and in English. Their gite has a full kitchen, a full bathroom, and a small living room downstairs. The bedroom is a loft up a narrow, steep staircase (almost a ladder) over the kitchen. The owners of Le Nid are pet-friendly, so Callie was welcome.

On our four-day trip, we went to exactly one restaurant. Otherwise, we had dinner (and one lunch) at the gite. At lunchtime, when the weather permitted, we had picnics either outside or just in the car. That was easier with Callie, less expensive for us, and a less time-consuming way to get something to eat but continue spending as much time as we could driving or walking around to see the sights. (Lunch can take a couple of hours in a French restaurant, and going to restaurants was not the point of our trip.) 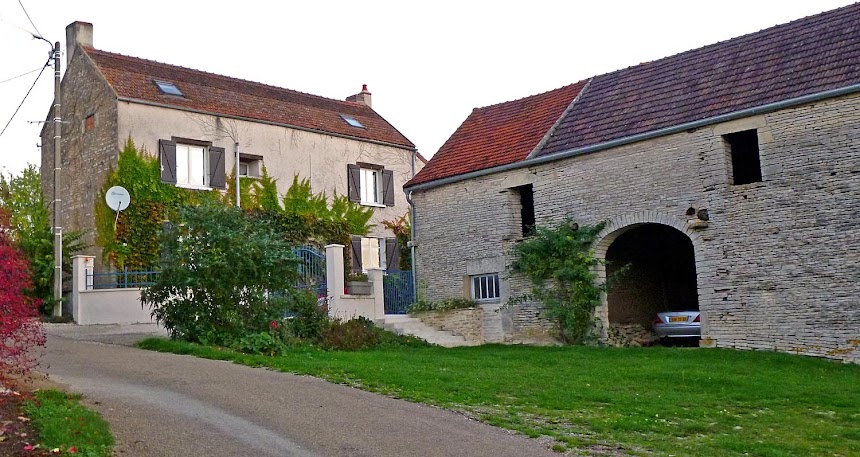 This is the owners' house, part of which is given over to guest rooms (chambres d'hôtes or B&B).

Le Nid cost us 200 € for three nights. That's less than many hotel rooms rent for, of course, and we had use of a kitchen. We could get something like 200 channels on the flat-panel TV set — mostly French of course, but some in English or German. There was wifi for the Internet on our tablets, but no phone (almost everybody brings a cell phone these days, including us). 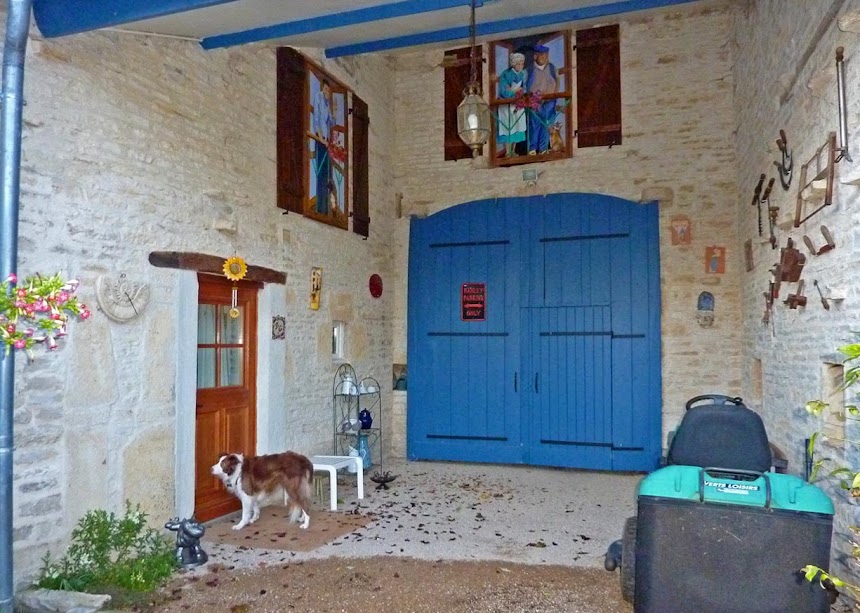 Here's Callie waiting patiently to be let in while I take photos. She knows Walt is in there...

Gites vary widely in the number of modern conveniences they offer. They are really designed to accommodate people who drive in and who can bring a lot of things with them. For example, we took our own sheets and towels rather than paying the owners to rent linens for the three days and nights. We also took food with us, but not wine — this was Burgundy, after all!
Posted by Ken Broadhurst at 08:00