Driving south from Nouans you see scenes like the one below along the way. Every year there are many fields of sunflowers all around the region, and right now, this year, they are coming into full bloom. 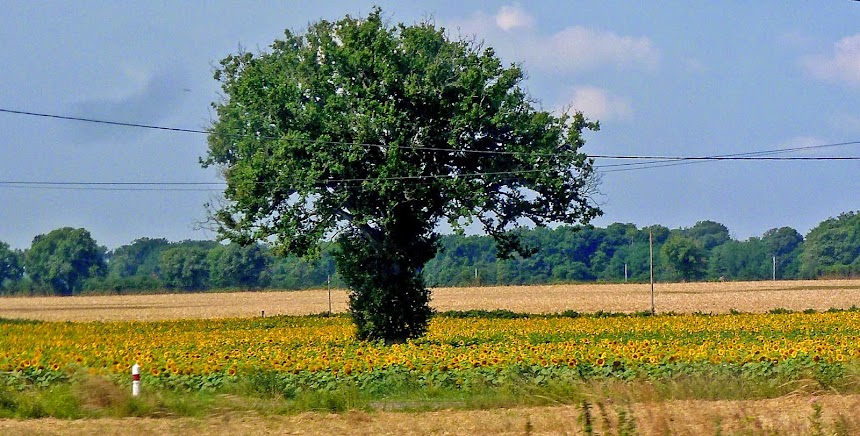 The other crops that are part of the normal rotation are being harvested now. Those are rape and wheat or other grains. Rape is the plant whose the seeds are used to make what we call canola oil, which in France is huile de colza. Rape or colza is a relative of cabbages like collard greens and kale. The photo below gives an idea of the landscape. 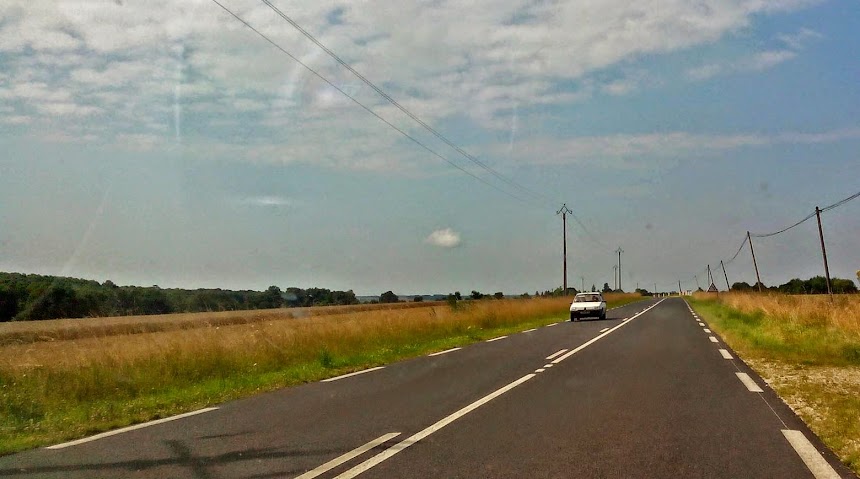 Nouans and Villedômain, the village to the south, are on the far eastern edge of the historic province called Touraine. If Nouans feels like an overgrown intersection with a church, Villedomain is more like a low, curvy spot along an otherwise straight, flat road, where there is also a church. Both villages are down in valleys and surrounded by fields on the higher land. 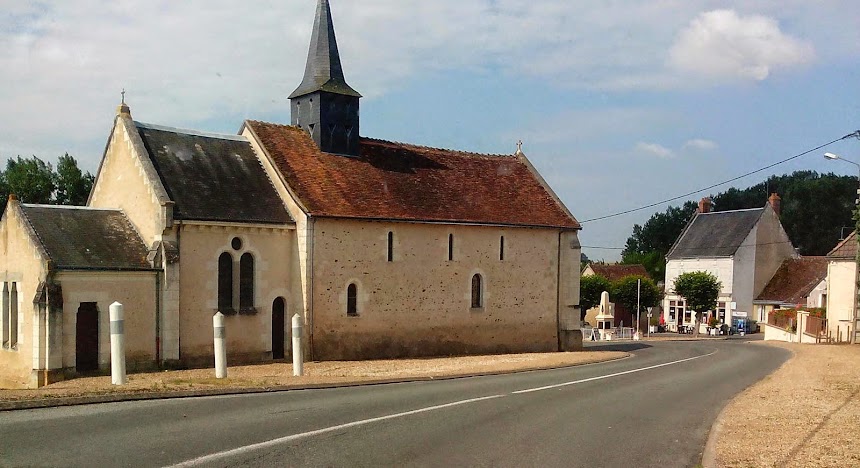 Villedômain is tiny, with fewer than 150 people living in it. Reading the village's web site, I learned a couple of things I hadn't known before. Villedômain is closer to Châteauroux (in the old Berry province) than to Tours, for example. The small river that flows through the village is the Indrois, which continues on to Montrésor and points west before joining the larger Indre river. The village at Villedômain has existed at least since the 13th century. Stone Age flint tools found in the area suggest that the area was populated in prehistoric times.

The church in the photos above and below, built as early as the 11th century, is the village's main landmark. What you see is the village square, with a military monument and a kind of general store across the road from the front façade of the church. There's not an awful lot to it. I've never stopped to look around in the store.

Modern-day aerial photos have revealed that the existence of an earthen wall surrounding the site of Villedômain in Roman times. And reading the village web site, I learned the meaning of a word that I've seen used in place names around the Touraine and Sologne region but had nver understood before. The word is mardelle — there's a lieu-dit called Les Mardelles near Chémery, for example, on the other side of the Cher river from Saint-Aignan.


It turns out that a mardelle is a sinkhole. Mardelles develop when limestone deposits near the surface dissolve and the ground collapses. As the soil underneath is clay, vegetation takes hold and the mardelle turns into a green spot in an otherwise stony landscape. The word is related to the term margelle, which is the name for the edge or ledge of a stone well. You get the picture, I think. 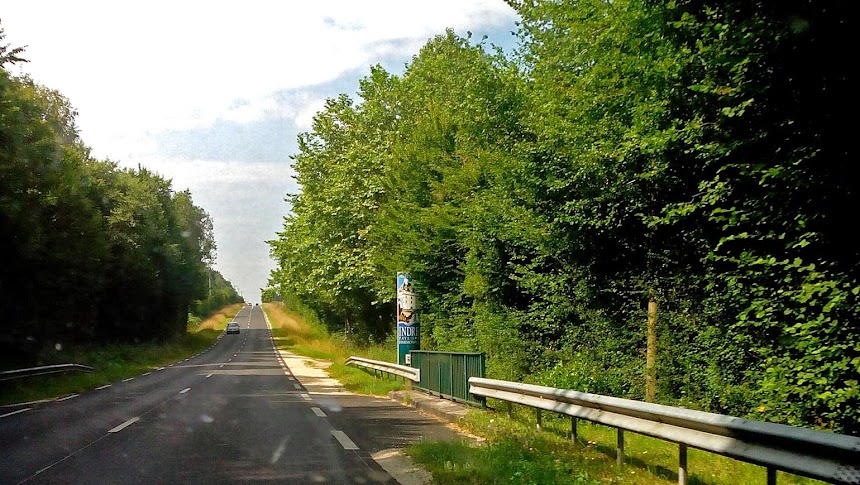 Farther south, on the way to the town of Châtillon-sur-Indre, you leave the Indre-et-Loire département (La Touraine, basically) and enter the département de l'Indre (Le Berry). Châtillon is next. We are still only about 20 miles / 32 km south of Saint-Aignan.
Posted by Ken Broadhurst at 07:30