The weather this weekend has been disappointing. I was disappointed to have to cancel our trip to Bourges on Friday, even though we had a good afternoon in Genillé and Loches. Yesterday, it threatened to rain all day, and we had a few showers. The threat was enough to make us curtail our activities.


Ah, summer in the Loire Valley! In England it's even worse, from what I can gather. Here, a chilly rain is falling as I type this. And I have to take the dog out for a walk in it. 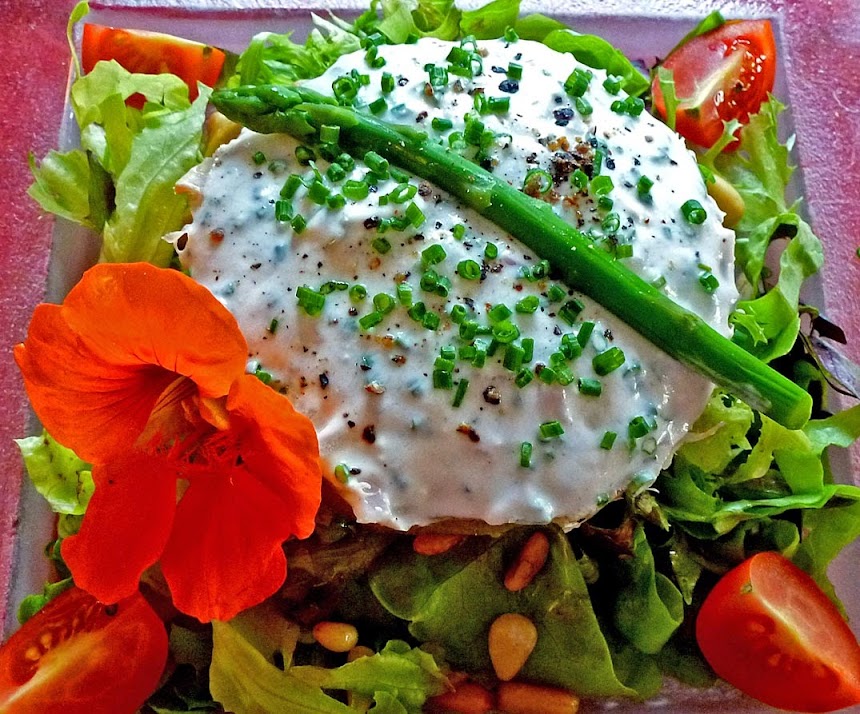 Meanwhile, here are a couple of photos of our entrées (first courses) at the Agnès Sorel restaurant when we had lunch there on Friday. Nasturtiums were one of the meal's themes; they're in season and the flowers are edible. My starter course, above, was a steamed artichoke bottom filled with what is called a faisselle de chèvre frais — a sort of cultured goat's milk concoction that has the texture of yogurt — with a lot of fresh chives on top and some salad greens and pine nuts underneath. It was delicious... 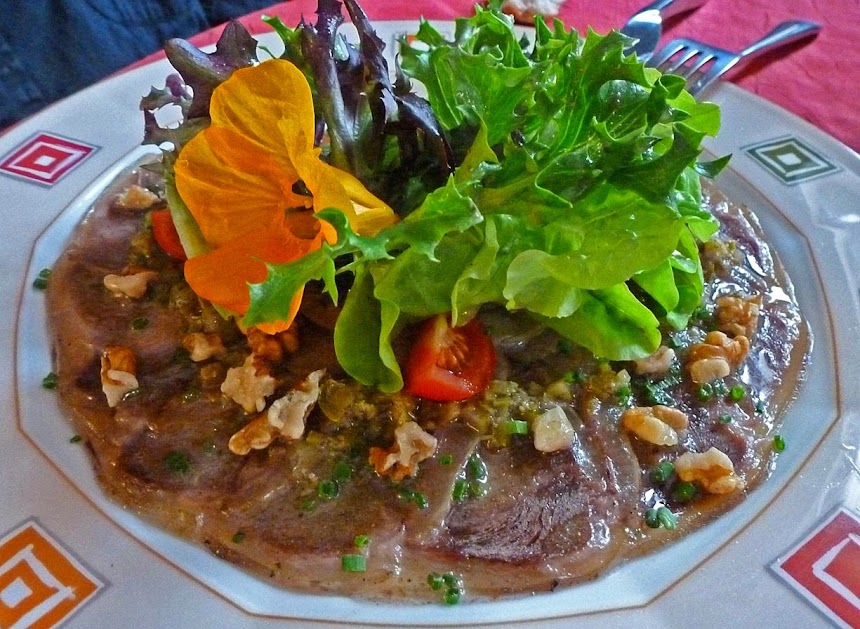 Walt ordered tête de veau, a kind of head cheese (fromage de tête in French) made of veal instead of pork. It was served warm, so that the gelatine that is a feature of head cheese had melted. You either like that gelatinous texture or you don't, and Walt said it was very good. It was served with salad greens, chives, chopped walnuts, and a nasturtium (capucine in French) blossom.
Posted by Ken Broadhurst at 07:56