There are three ways to get through Châtillon-sur-Indre. One is around the east side of the town center. You go that way if you are headed straight south toward Le Blanc or east to Châteauroux. Or you can drive directly through the center of town, which is the slowest route. 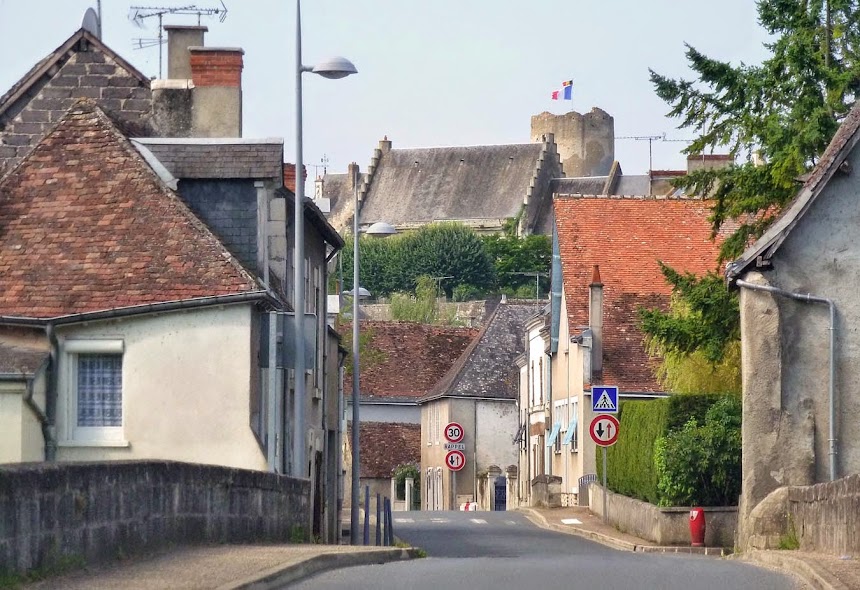 Coming into town from the north, the road narrows seriously as it crosses the Indre River. In the photo above, you can see the donjon, which is about a thousand years old, with the French and, I think, Belgian flags flying (I don't know why). A donjon in French is what is called the "keep" or main tower of a fortified castle. I don't know why we Americans think of a dungeon as an underground space.

A little farther along, this is where you make your decision about going around to the east or to the west of the center of town. We usually turn right (where the road appears to end in the photo above, because our destination is toward the southwest. If you choose the eastern route, you come to a big intersection with traffic lights and you see the restaurant pictured below, in an old photo of mine. It looks fairly fancy and is on the main road that runs along the Indre River from Châteauroux to Loches and on to Tours. 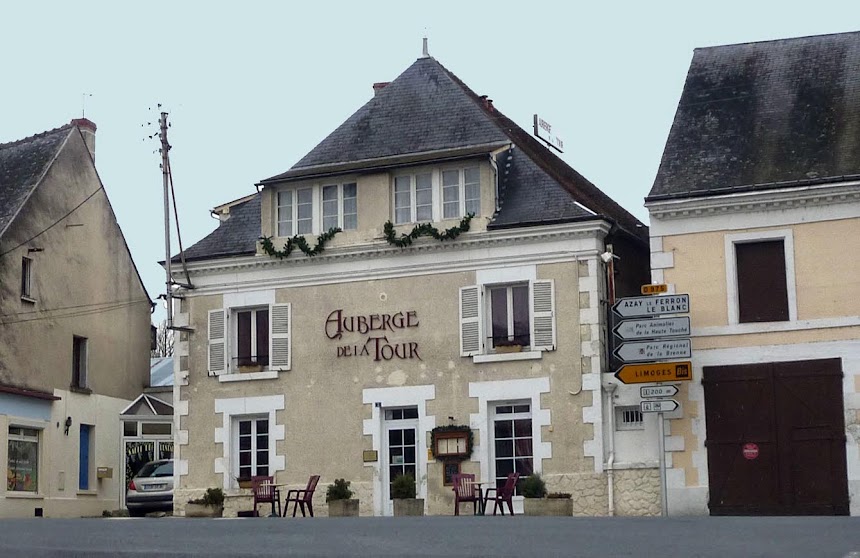 On the western route, you go through a basically residential neighborhood made up mostly of big stone houses. The one business along the way is the café pictured below, Le Bon Coin, which I think is especially picturesque. I also like the little blue Citroën C3 car parked on the side street. I'm thinking about buying a car like that one next year.

On our latest drive, I spotted the old Renault 4 GTL, below, parked at the curb. I had a car like it 30 years ago, when I lived in Paris. Walt and I have friends who say they are going to try to buy such a car this year or next, and this looks like a very nice one. I think the last R4s rolled off the assembly line more than 20 years ago. I saw no sign indicating this one was for sale. Hélas... 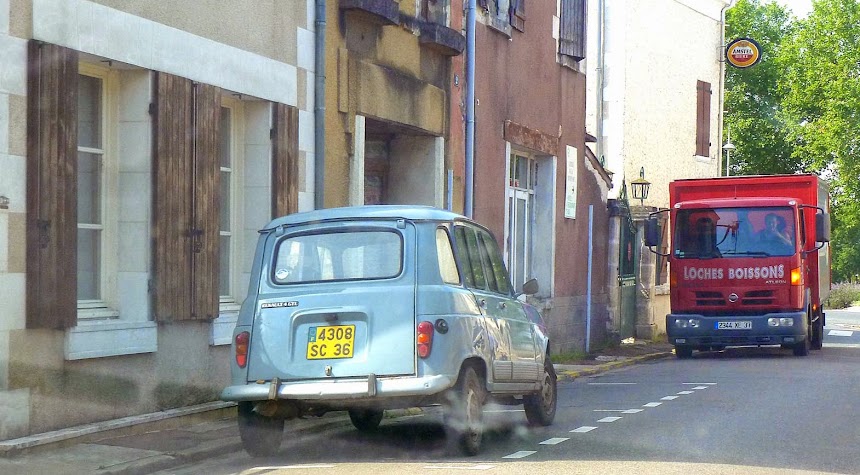 As you can see, the road is very narrow here. That red Loches Boissons truck up ahead has to wait for us to drive through before he can continue his route — delivering bottled beverages to cafés and restaurants, I assume. When parked cars leave just a narrow passage for traffic, the vehicles on the side where the cars are parked are supposed to give way to oncoming traffic. Driving in little French towns and villages that were built before motorized vehicles existed is always interesting, and slow.
Posted by Ken Broadhurst at 07:30