Châtillon on the Indre

Châtillon-sur-Indre is about 25 miles south of Saint-Aignan. To get there, you drive south out of Saint-Aignan and the Loir-et-Cher département, through the eastern edge of the Indre-et-Loire (La Touraine), and into the Indre (Le Berry). The Indre is a river that's narrower and shorter (170 miles) in length than either the Cher River (230 mi.) or the Loire River (600 mi.), of which other two are tributaries.


Châtillon (small château) is a fortified high spot on the Indre River between the larger towns of Châteauroux and Tours. Actually, about three dozen towns and villages in France are called Châtillon, including Châtillon-sur-Indre (pop. 2,800), Châtillon-sur-Cher (pop. 1,700), and Châtillon-sur-Loire (pop. 3,100). It can get confusing.

As you drive south toward the Indre River valley, the countryside becomes hillier than around Nouans or Villedômain. The road continues straight on but rises and falls with the landscape. It's lined not with villages but with old farm compounds, some of which have been modernized and some that look the way they must have looked 200 years ago. The building shown above and below is used as an antiques and second-hand (brocante) store. 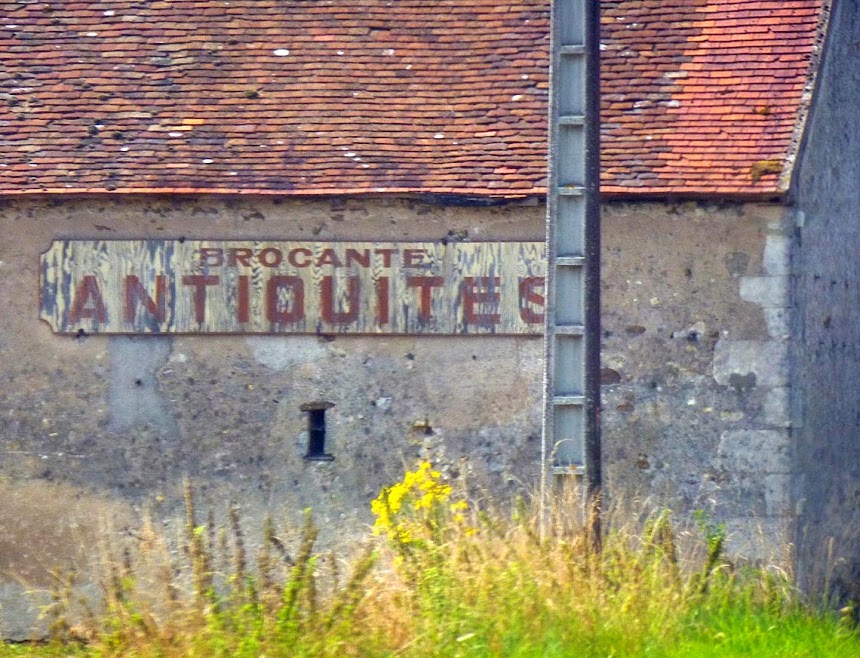 The road into Châtillon-sur-Indre is very narrow, squeezing between old houses that stood there long before there was such a thing as car and truck traffic. At three or four points, the road is wide enough for just one vehicle at a time to get through. Vehicles leaving the town have the right of way over vehicles entering the town. Drivers have to be careful. 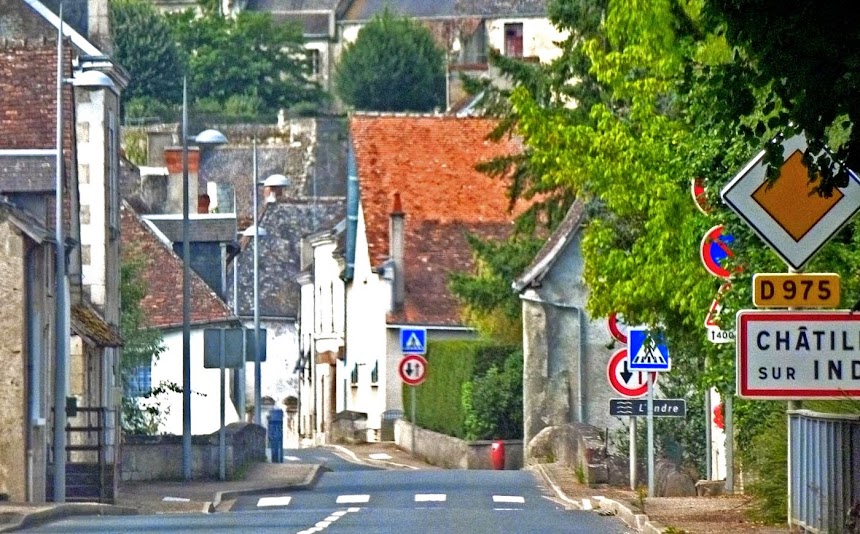 Châtillon-sur-Indre has a long and involved history. The earliest mention of the name (Castillon or Câtillon at the time) is in a text dating from the mid-800s, when the French king Charles the Bald (one of Charlemagne's grandsons) ceded the territory to a local family. The town's glory days came in the mid-1100s when it was under the control of Henri II Plantagenêt (a direct descendent of William the Conqueror), the French count of Anjou and Duke of Normandy who also was the king of England then. Henri had a massive stone tower built to fortify the site, but he lost control of the area in 1188 to French king Philippe Auguste.

The images above are photos I took through the windshield of a moving car... More tomorrow...
Posted by Ken Broadhurst at 07:30