A few days ago, I realized that my camera's lens has a scratch on it. At first, I thought it was just dirty, so I cleaned it well. The scratch was still there. I can't actually see it on the lens, but I can see it in pictures I take. 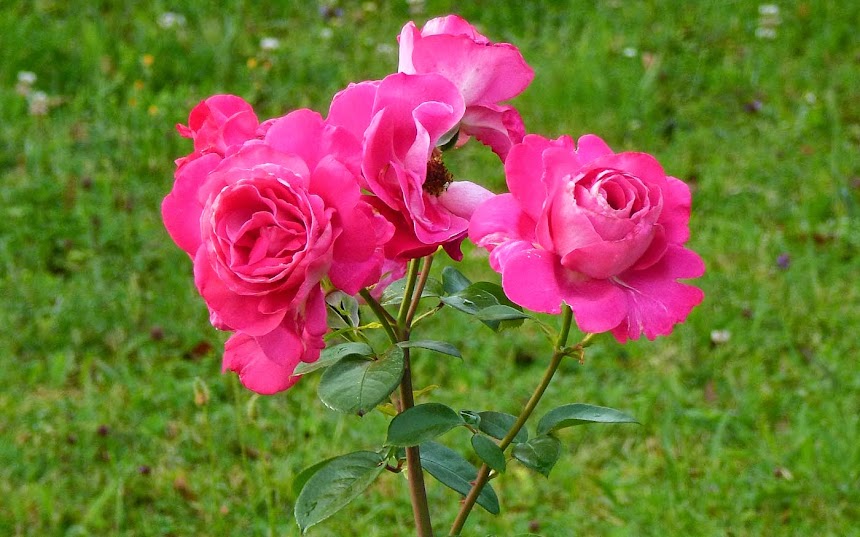 When I zoomed in on these roses, they were 25 or 30 feet away from me in a neighbor's yard.


I see it especially when I focus on a solid color background like the blue sky. Fortunately, we don't have to worry much about blue skies these days. The weather report is on Télématin right now, and it looks like another lousy day for most of France. Our high temperature might be as high as 70ºF. If you are watching the coverage of the Tour de France, you know what I'm talking about. 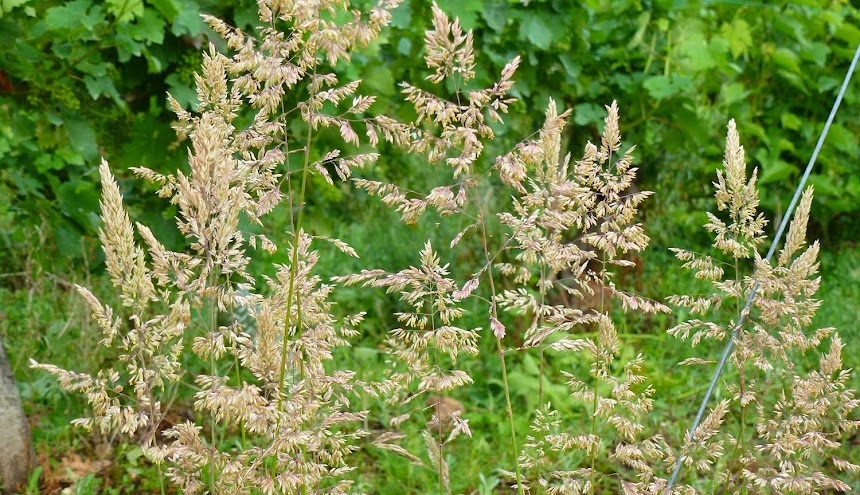 So I took the camera out on the walk in the vineyard with Callie a day or two after I noticed the scratch and took a whole series of close-up photos of flowers, grasses, and grapes. (I'll post grape pictures later.) 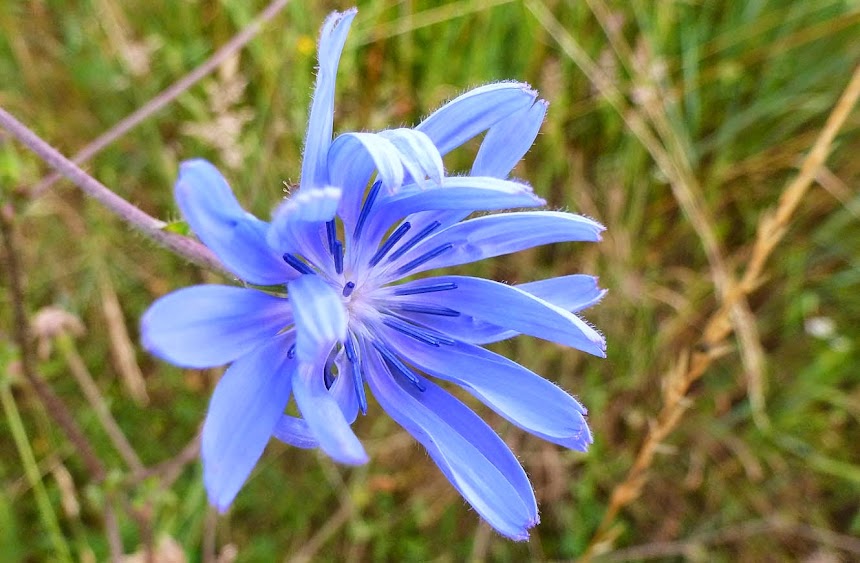 Meanwhile, I had already done some research about buying a similar camera to replace the scratched one, which is only two years old. The fact is that cameras are getting to be more and more affordable. 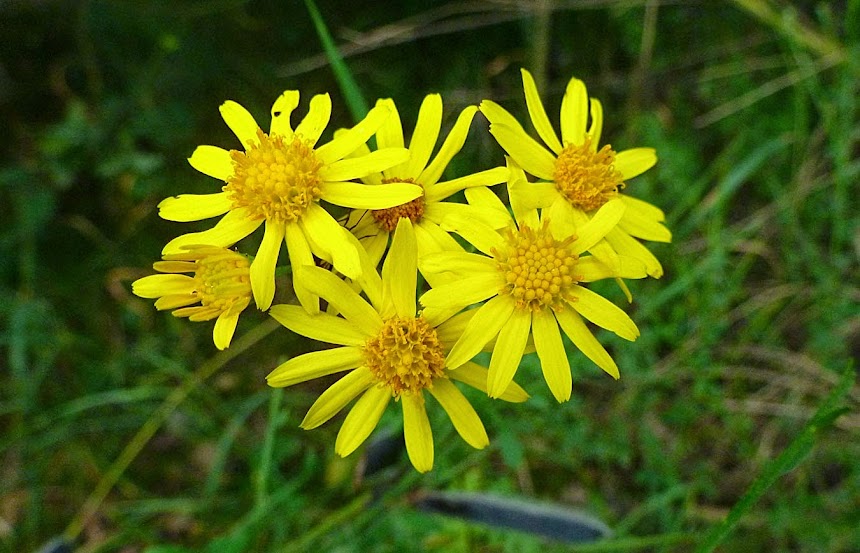 Anyway, the test pictures came out really nice, I thought. The light was right. As always, you can click or tap on the images to see them at a larger size. I've decided I don't need a new camera right now. If I notice the scratch on an image, I can try to remove it with Photoshop. 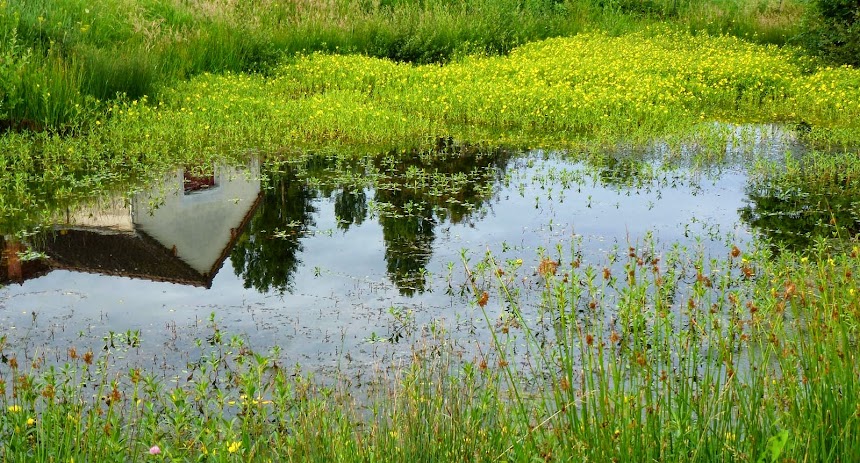 The little pond out back has been taken over by an invasive aquatic plant, but it has also been full of croaking frogs for weeks now.


Speaking of the weather, it seemed like it was improving yesterday afternoon. The morning had been gray and it seemed like it might rain any minute. It was starting to feel cold in the house. (You can understand why people here mostly don't need to have air conditioning in their houses.) 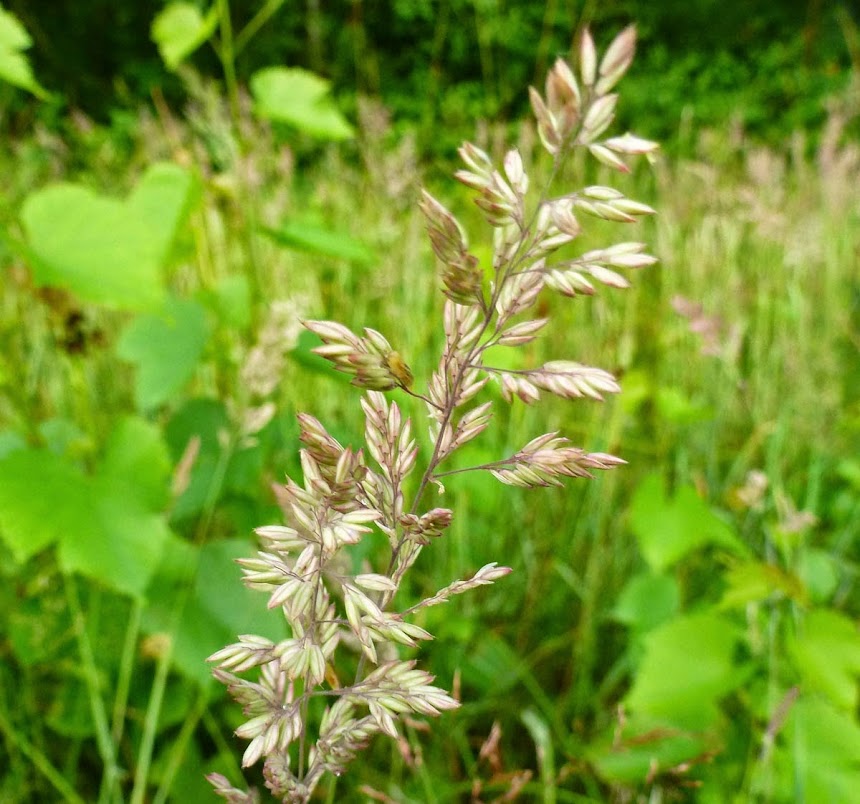 This is a composition — mirror images stitched together.


The lightning and thunder got closer and a very hard rain started falling. Callie went wild barking. The rain didn't last long, and at least it didn't turn into hail. This morning it's just foggy and gray outside. Maybe the fog and clouds will burn off. Always the optimist...
Posted by Ken Broadhurst at 07:45