There have been major problems with the TGV in the "chunnel" since yesterday morning. An electrical problem immobilized a train in the tunnel yesterday morning. Nearly 400 people had to be evacuated through an emergency side-tunnel. Trains from Paris to London were delayed or had to be canceled.


Walt just saw a post our friend Peter left on Facebook. He and Jill left Saint-Aignan yesterday morning at 7:15, and they finally arrived in London 12 hours later — four or five hours late. But at least they made it. Meanwhile, Walt and I were resting at home after a very busy weekend. I went to three restaurants in three days, and we prepared dinners at home on Thursday (grilled chicken breasts and salade macédoine) and Saturday (raclette). 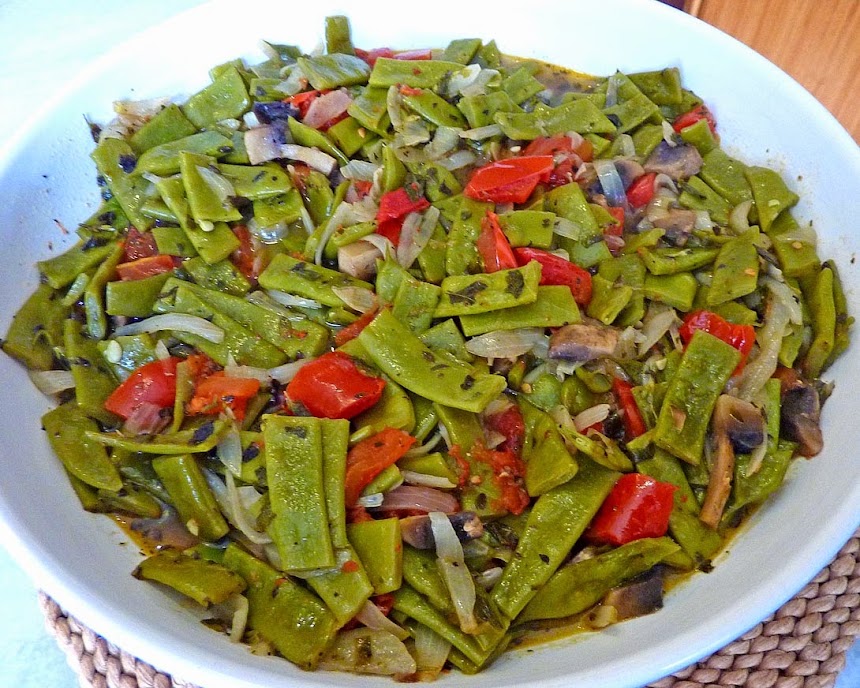 Yesterday, I needed to cook some green beans I had bought for the weekend but hadn't used. They were the wide, flat beans called haricots cocos plats in France — I think they are known as Romano beans in America. I decided to cook them Italian-style, with tomatoes and onions, since I also had a few fresh tomatoes in the kitchen. 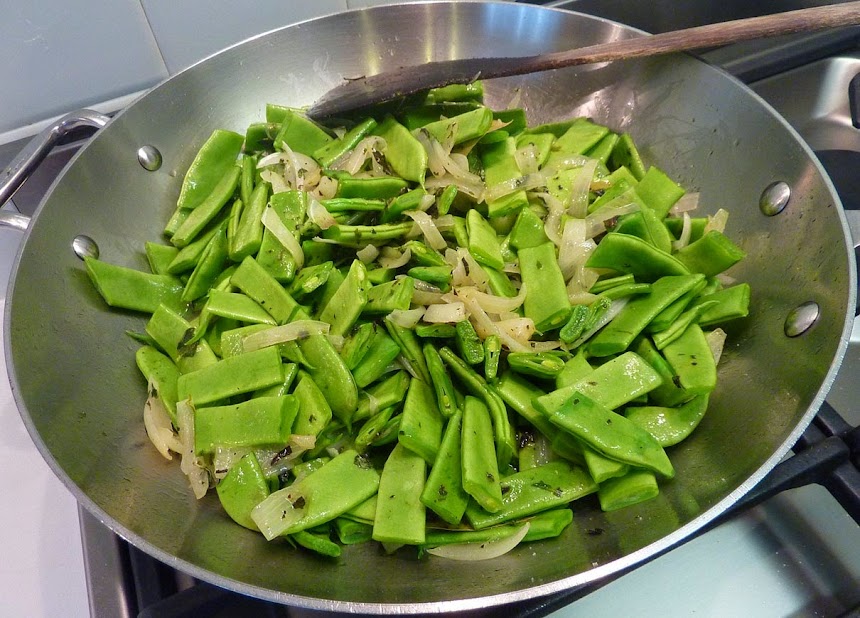 Here's the recipe I like. It's from the book Cuisine pour toute l'année (1969) by a woman named Monique Maine. The book has been my favorite French cookbook for nearly 35 years. I'm translating: 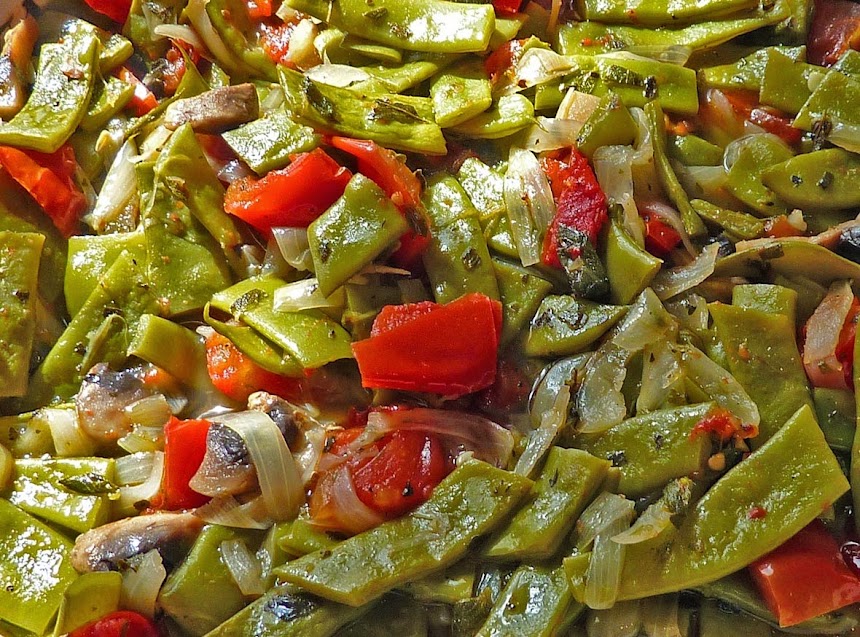 Wash and trim the green beans. Cut them into pieces if you want. Wash and trim the tomatoes
and cut them into halves or quarters. Peel and slice the onions. In a big pot, melt the butter
with the oil and cook the tomatoes and onions for a minute or two on medium-high heat.
Add the beans to the pot with the garlic clove, salt and pepper, and some thyme.
Pour on a half cup of water. Cover the pot and let the beans cook
for about an hour on medium heat.


You can reduce the cooking time if you like the beans crunchier. I used only olive oil (3 Tbsp.) instead of part butter and I used our dried, garden-grown oregano instead of thyme this time. I also added some mushrooms we happened to have in the freezer. We'll be having half the beans for lunch today, with escalopes de dinde. The rest of the beans go into the freezer for later. 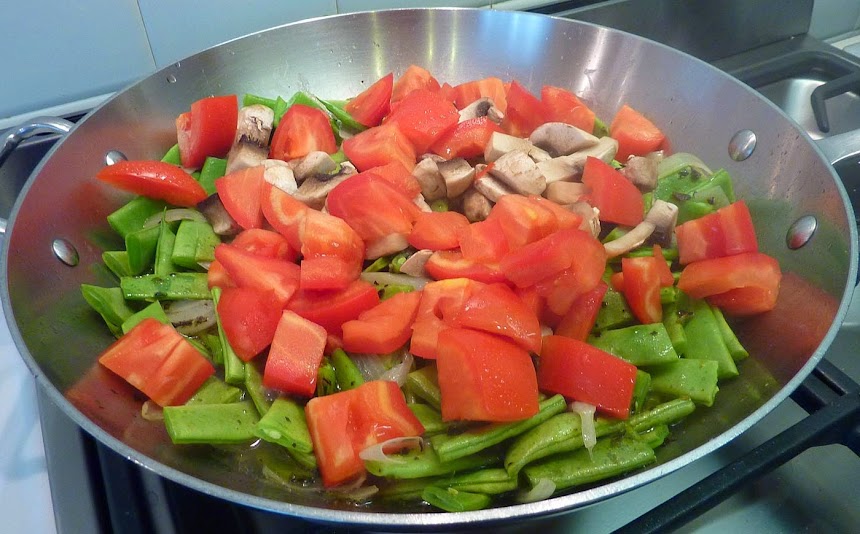 The weather here is lousy right now. It feels downright chilly this morning, and the weather woman on Télématin just said that the high temperatures today will be much lower than seasonal averages. It's raining in different places around the country, but not in Saint-Aignan for the moment. The plate of hot green beans with tomatoes and onions will be good comfort food.
Posted by Ken Broadhurst at 07:40