Yes, I was being driven. I mean Walt was behind the wheel. We went on a short road trip on Tuesday. The destination was a restaurant in Le Grand-Pressigny, via our friends' house down there for a little apéritif — a glass of bubbly. We walked to the restaurant and then back to their house. The is about the drive down. 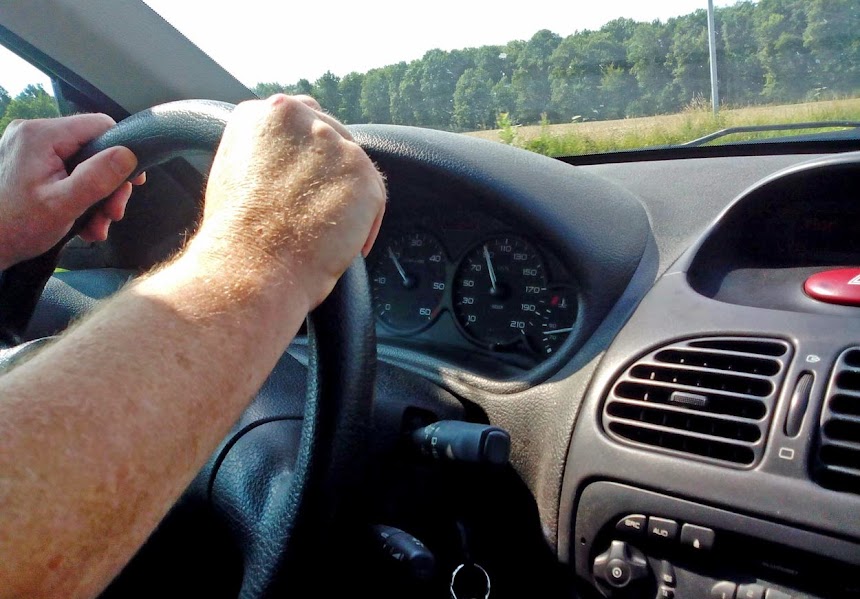 
When you leave Saint-Aignan to go south toward Nouans-les-Fontaines on the main road, the first few miles are very curvy. They aren't hairpin curves, but they are sharp enough to slow you down and make the driver pay close attention. You wonder why they ever built a road like that one. These are photos that I snapped through the windshield of the car as we drove along. 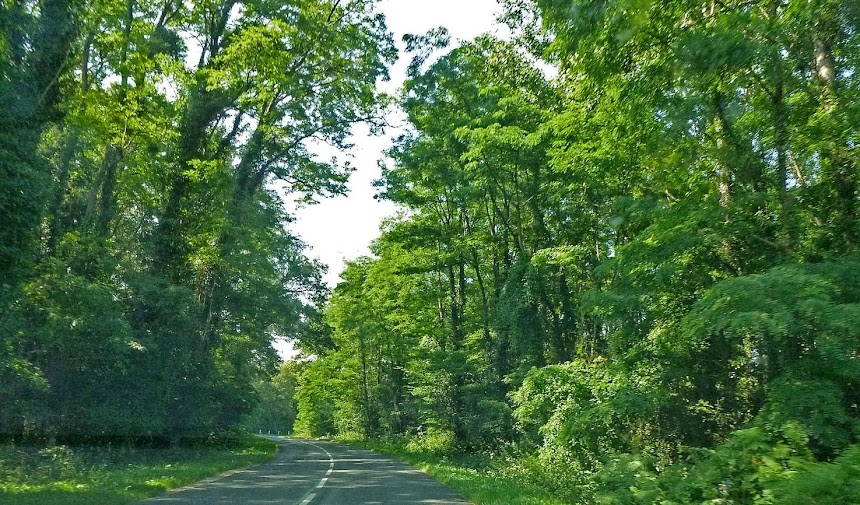 La Forêt de Brouard south of Saint-Aignan, where the king liked to go hunting 600 years ago

And then all of sudden, halfway to Nouans, the road changes character and runs as straight as board through the Forêt de Brouard and then through fields all the way to the village. Local people say that King François Ier, of Chambord fame, liked to hunt here in the first half of the 16th century. The total distance is about 10 miles. 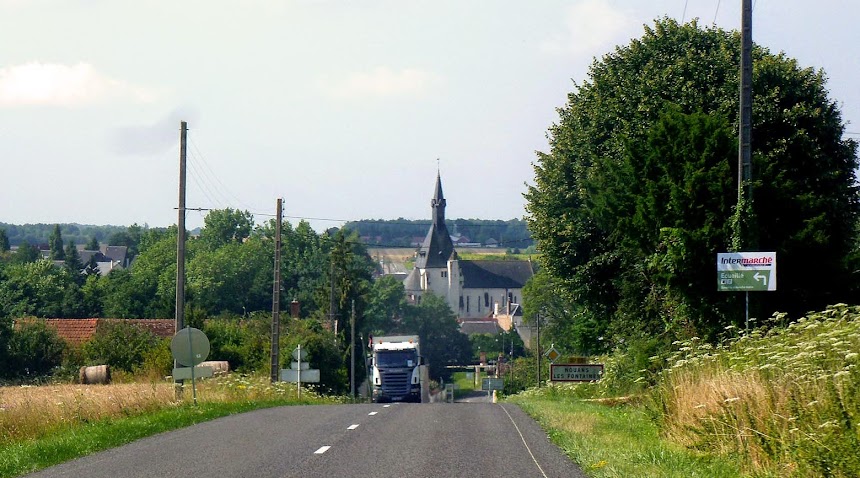 Nouans is down in a valley and dominated by its big church.


In the church at Nouans, there's a painting (a pietà) dating back to the mid-1400s that was the work of a French artist named Jean Fouquet. Not much is known about its history. It was "discovered" hanging in the church in 1911 by a curator visiting the area from the Louvre in Paris.

After Nouans, the road continues straight down to the next village, Villedômain, another five or six miles. There's no more extensive forest — just wide fields of wheat, corn, sunflowers, or oil-seed rape (colza, canola) and little wooded patches. It's all very pretty, and there is very little traffic, except as you drive by the zoo just south of Saint-Aignan. It seems like most of the people coming to the zoo drive down from the north, because we saw very few cars headed in from the south along our route.
Posted by Ken Broadhurst at 07:30