Just a few miles south of Versailles is the little town of Cernay-la-Ville with its old abbey church, in ruins. L'abbaye des Vaux de Cernay (vaux is the plural of val and means "valleys") was founded by a group of monks from Savigny in Normandy back in the year 1118. In 1147, it was attached to the Cistercian order. CHM and I went to Cernay in late May.

The abbey had its highs and lows. It was thriving in the 13th century, but in decline by the 15th. It was abandoned after the 100 Years War with the English. From the 16th to the 18th centuries Les Vaux de Cernay saw a lot of activity, but financial problems put an end to that period.

During the good times, a monastery was built and the old buildings were repaired, but just before the French Revolution the property and all its furnishings were sold off. 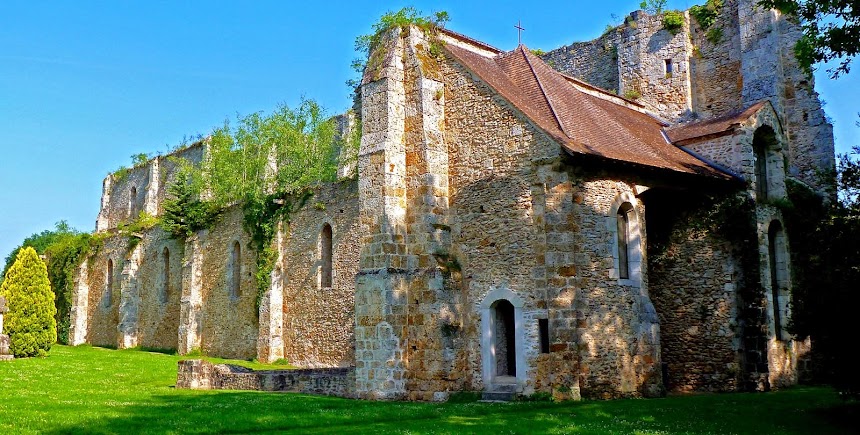 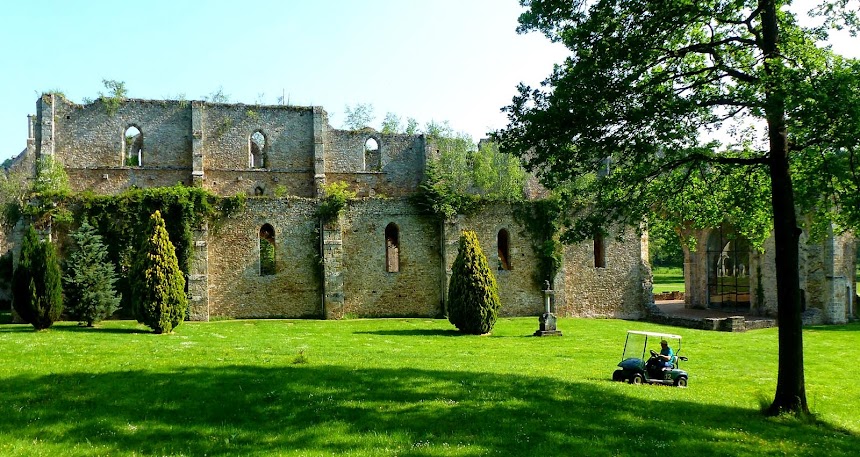 For 75 years, until 1873, Les Vaux de Cernay was "mined" as a stone quarry.  Then it was bought by the Rothschild family and turned into a private residence. It was sold again, twice, in the mid-20th century and now it is operated as a luxury hotel and restaurant. Here's a link to the virtual tour on the Vaux de Cernay website.
Posted by Ken Broadhurst at 07:45