Here's one more picture taken as we entered Nouans-les-Fontaines from the north. And here are links to my 2008 blog post about the painter Jean Fouquet and also to Antoinette's and Niall's 2011 post about the same painter. 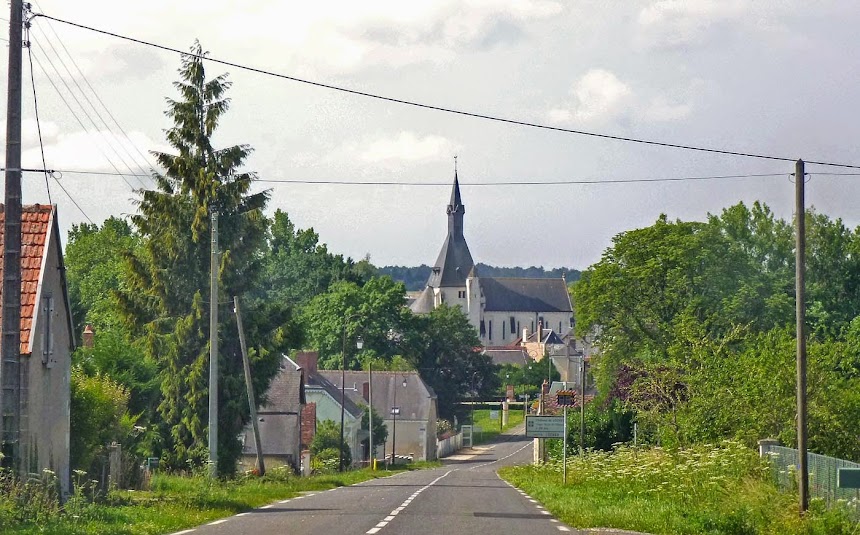 Nouans-les-Fontaines has a population 793 (not a typo). That's down from 1529 in 1906. Three streams run through the village, including one called La Tourmente — those are probably the "fontaines" in the place name. 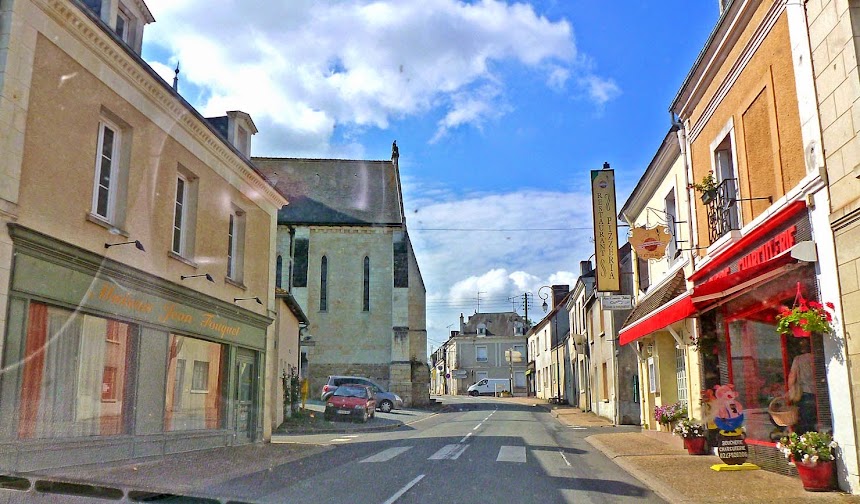 The center of the village is the intersection of the north-south road we were driving on and the east-west road that runs from Valençay to Loches. If you're not careful exiting the church, you might get run over, because the front steps are right on the roadway. There's a boucherie-charcuterie, a pizzeria, a grocery store, and a boulangerie, as well as a small museum dedicated the the famous painter of the Pietà de Nouans. 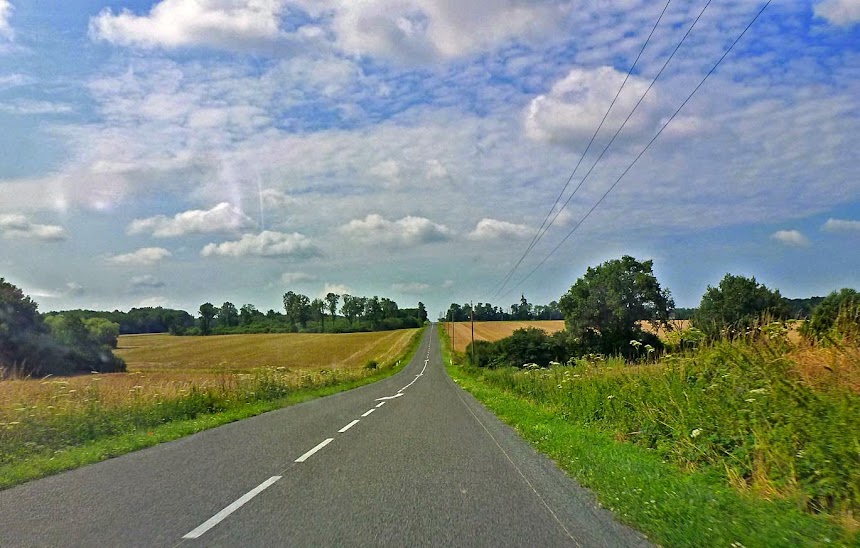 Continuing south, the road runs as straight as an arrow down to the next village, Villedômain. Again, the population there now (137 souls) shows a marked decline from the 330 who lived there as recently as 1886... à suivre.
Posted by Ken Broadhurst at 07:22