“Autumn” weather and a château near Paris

That's how the weather woman on Télématin just described the weather we would have today — un temps automnal. It's raining. It's gray. It's chilly. It doesn't feel like July at all. It feels like October. 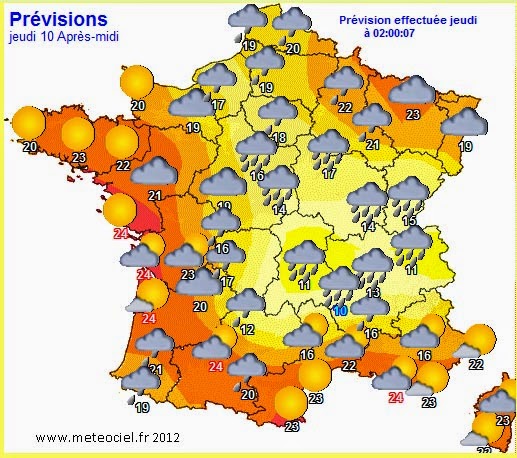 Yellow means cooler temperatures and redder means hotter.
Today would be a good day to spend on the Atlantic coast.

I'll think back to the spring, when we had warmer days and a good bit of sunshine. On May 31, for example, I was driving back to Saint-Aignan from Paris with CHM. Here's a château we saw. It has a Loire Valley connection, but it's not in the Loire Valley at all. It's just a few miles outside Paris, and not to far from Chartres and Versailles. It's a French château in the style classique, and it was built toward the end of the 1600s. It's the Château de Dampierre in the village of Dampierre-en-Yvelines. 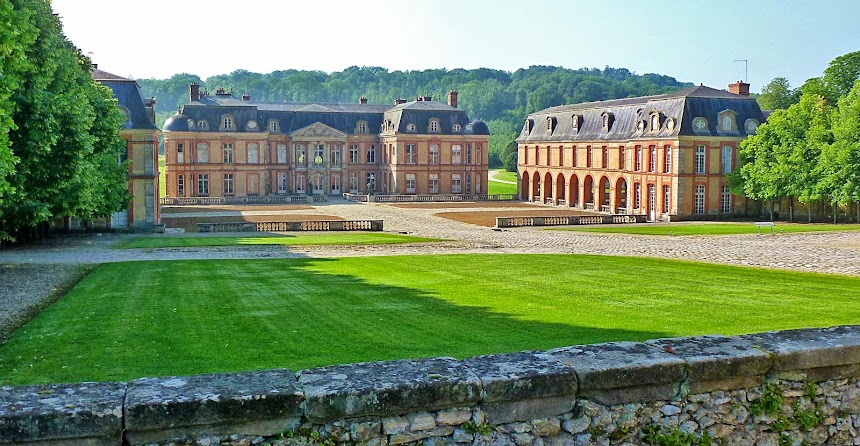 The property, where an old manor house had stood for several centures, became the property of the Duc de Luynes in 1663. His family also owned the Château de Luynes, on the Loire River just west of Tours. Charles-Honoré d'Albert de Luynes undertook to modernize the Dampierre property and buildings, and he brought in the royal architect Jules Hardouin-Mansart to be in charge. Just around this time, king Louis IV decided to move his court out of central Paris to nearby Versailles. 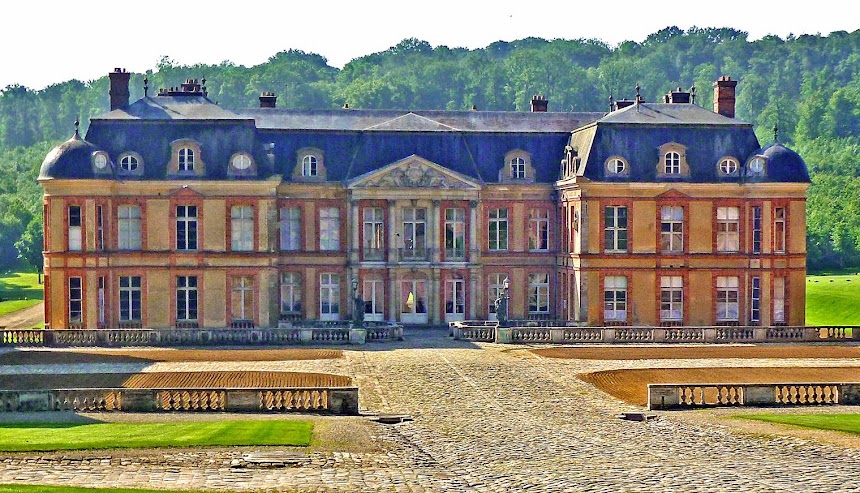 The buildings have been modernized and modified several times over the past 300 years. The Duc de Luynes at the time of the French Revolution was briefly arrested by the village authorities, but he was soon allowed to return to the château and spent the rest of his years there. He was responsible for setting up an impressive library at Dampierre.
Posted by Ken Broadhurst at 07:45