Let me show you tomatoes

Why do I keep talking about tomatoes that aren't ripening? Why is it important? It's because there are so many of them in the garden. So far, only one more, besides the one we already picked, is pretty much ripe, and another two or three are just barely starting to change color. Everything in the garden is very late this summer. 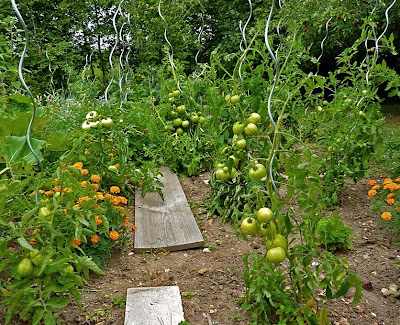 Maybe you can see how many there are from looking at this shot.
We planted both red and yellow tomatoes. We don't know which ones are which color. It'll be a surprise in just about every case. 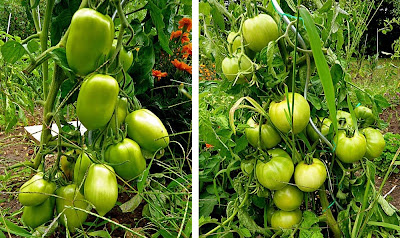 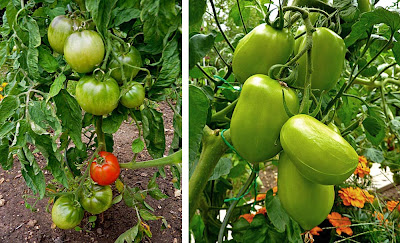 Here's a kind of panorama of some of
the tomato plants in the garden.
I'm pretty sure all the plum tomatoes, the Romas, are red this year. Last year we planted yellow plum tomatoes, but not this year. 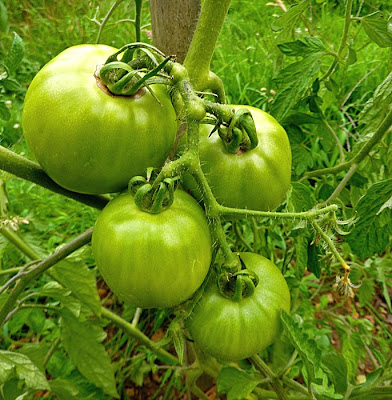 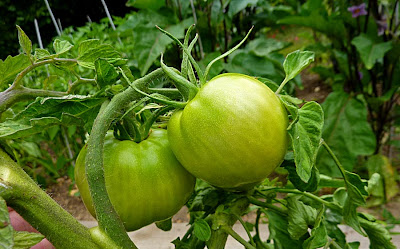 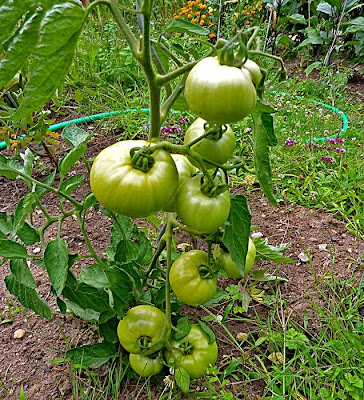 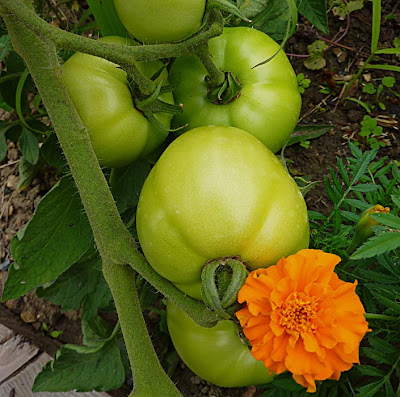 Above are four individual plants and the tomatoes on them,
all waiting for hot weather and bright sunshine.
Gardening is hard work and when it doesn't pan out, it can be disappointing. I'm trying to remain optimistic about the weather we might have for the rest of August and all through September. It's raining this morning. The tomatoes, eggplants, and peppers are depending on heat. Not to mention the corn. 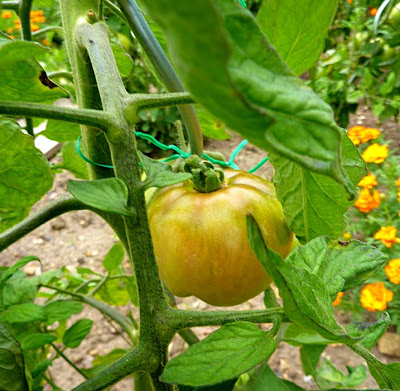 This one is really trying. Will it be red or yellow?
Today, for a change, I shoveled dirt and moved two piles of rocks. Walt painted. I filled up the wheelbarrow at least half a dozen times with dirt, and three times with rocks. I rolled all that around to the outside of the hedge, along the edge of the road, and added it to the fill dirt the village gave us for our former ditch. Then I pushed a lot of it into the rapidly disappearing ditch. 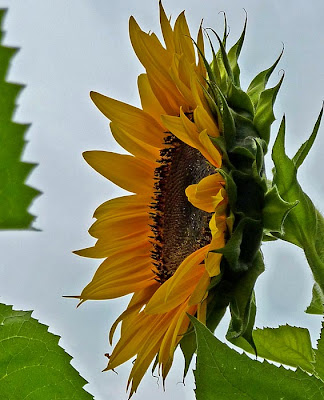 Here's a very tall sunflower that is growing
out in the vegetable garden.
So here I am, over 60, not exactly digging ditches, but doing the reverse. Filling one in. I don't blame life in France so much as life in the country. I guess I should be positive and happy that I am still able to still do such work.
Posted by Ken Broadhurst at 07:20