We did the mushroom cellars tour yesterday and it was interesting. I'll write about it in a day or two. 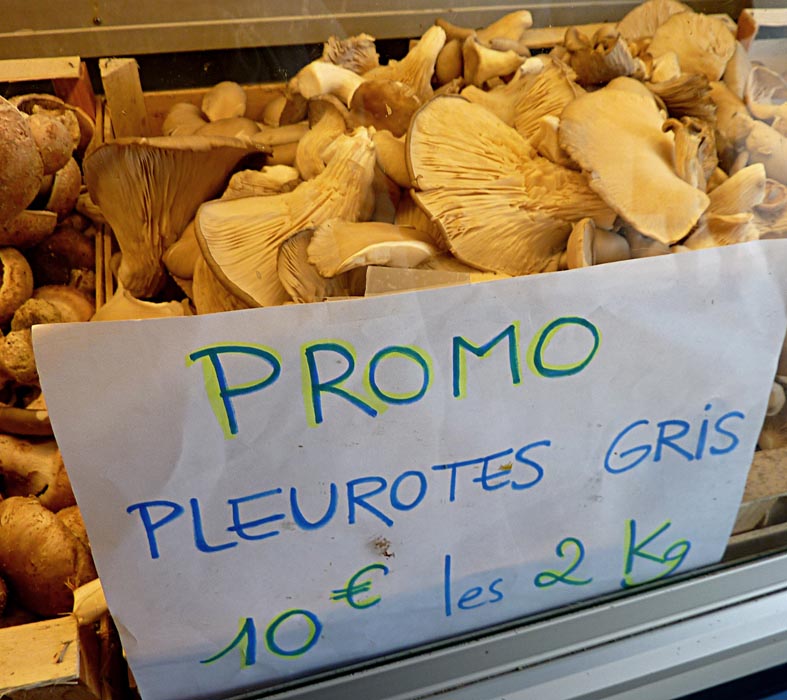 Oyster mushrooms at promotional prices in Bourré
Other vegetable news: I harvested my first potatoes yesterday, and we had them for dinner with a roasted chicken last night. I got quite a few spuds from the three plants I pulled up. 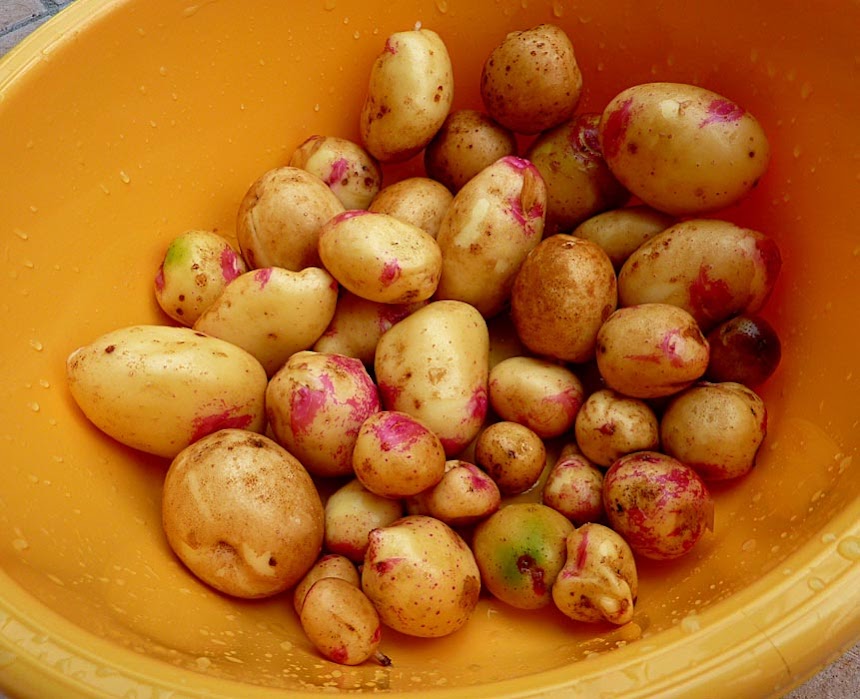 The first haul of new potatoes
I think I pulled them up too early, though, because the roots were full of tiny pea-sized potatoes that would probably have grown into something usable if I had left them. But it doesn't matter — I have about two dozen more plants out there. 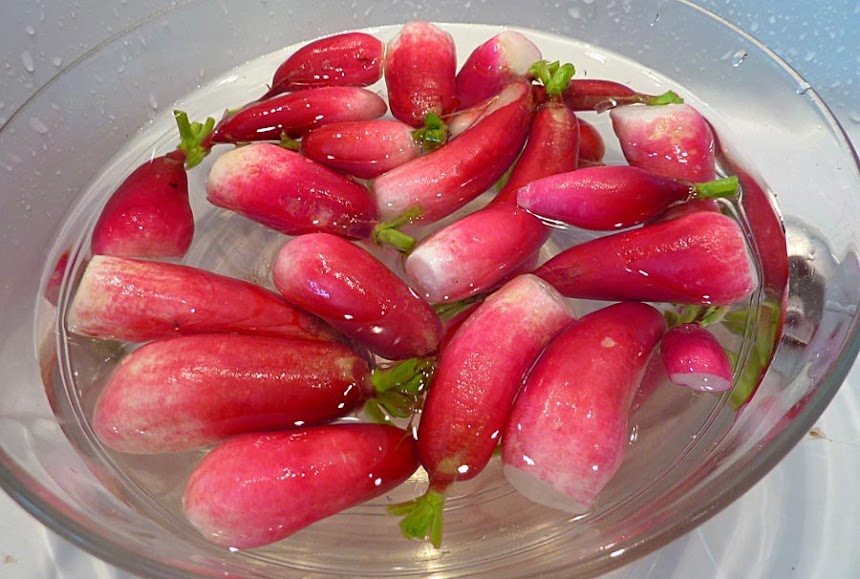 Cooking radishes...
We also pulled out a good bunch of radishes. The radishes themselves had grown too large. Rather than eat them raw with butter, salt, and bread, we decided to cook them. 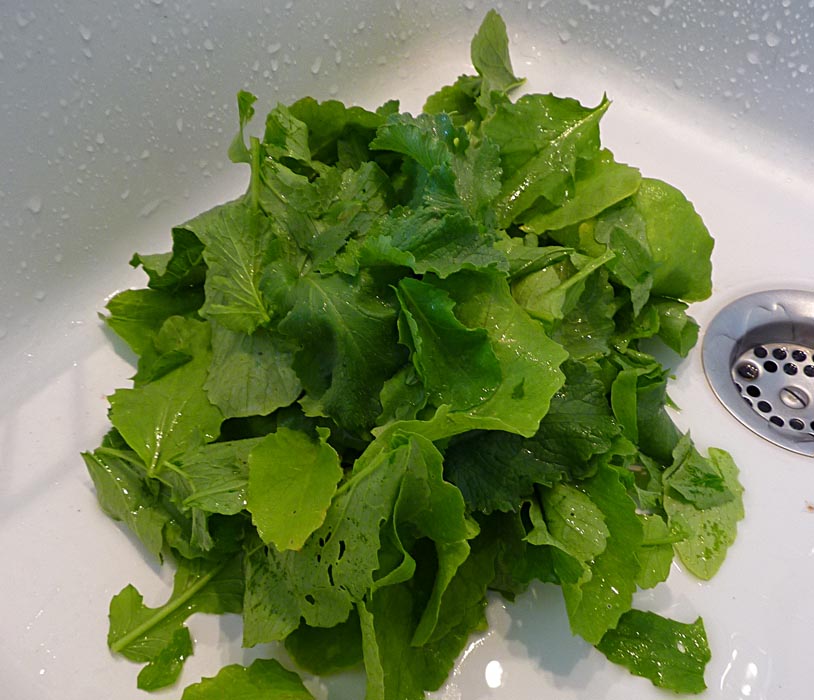 ...and the radish greens
I stewed them slowly in chicken broth and duck fat, with the green tops and the radishes too. They were good with the potatoes and chicken. Radishes are actually just little turnips. 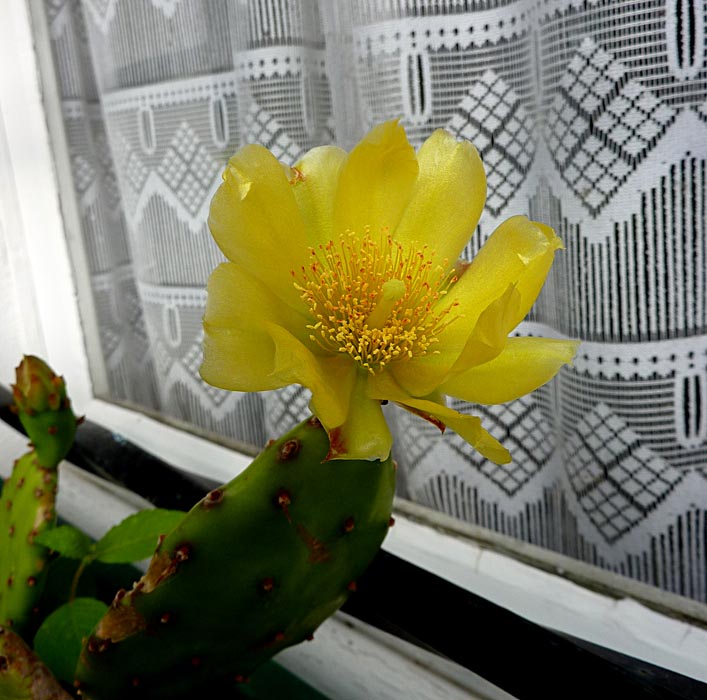 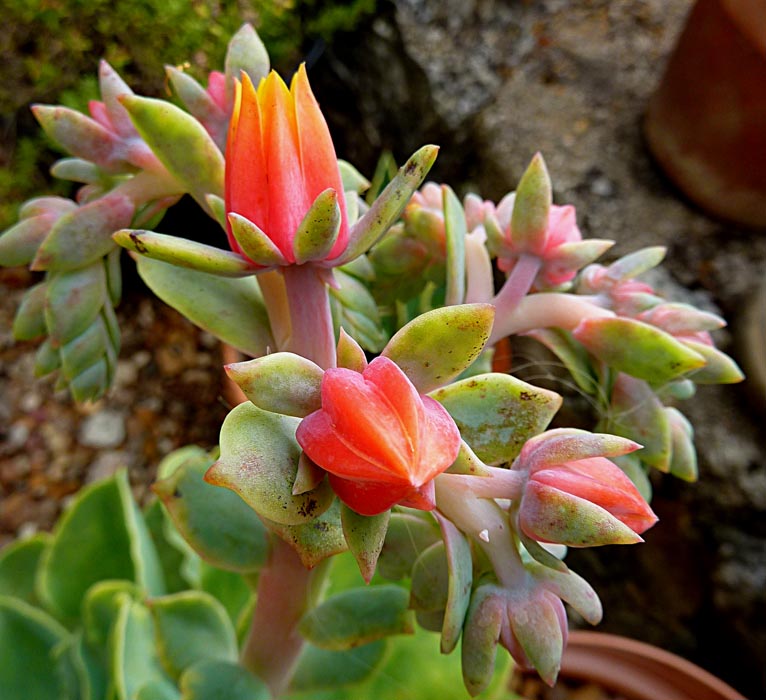 More flowers, up close
And another of the succulent plants I have in a pot is flowering again too. It had a flower stalk on it just a few months ago, so I was surprised to see another one so soon.
Posted by Ken Broadhurst at 07:08