The redstart chicks are learning to fly. Yesterday we were sitting out on the front terrace, listening to the alarm calls of the male bird. He hovered nearby in the maple and poplar trees, and even dared once or twice to perch on the railing around the terrace. But he was obviously unhappy about our presence, which prevented him from flying up to the nest. 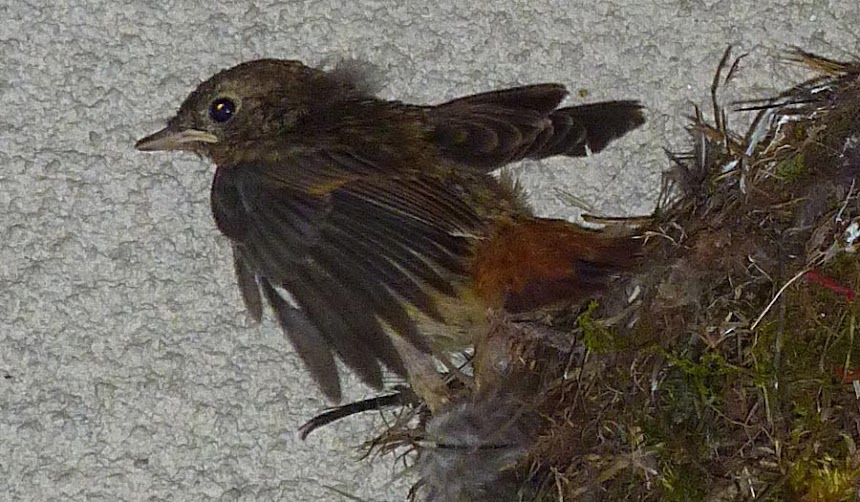 Then we looked up and saw that one of the redstart chicks, now fully fledged, was standing up on top of the nest. It was stretching its stubby wings and fluffing up its own feathers. 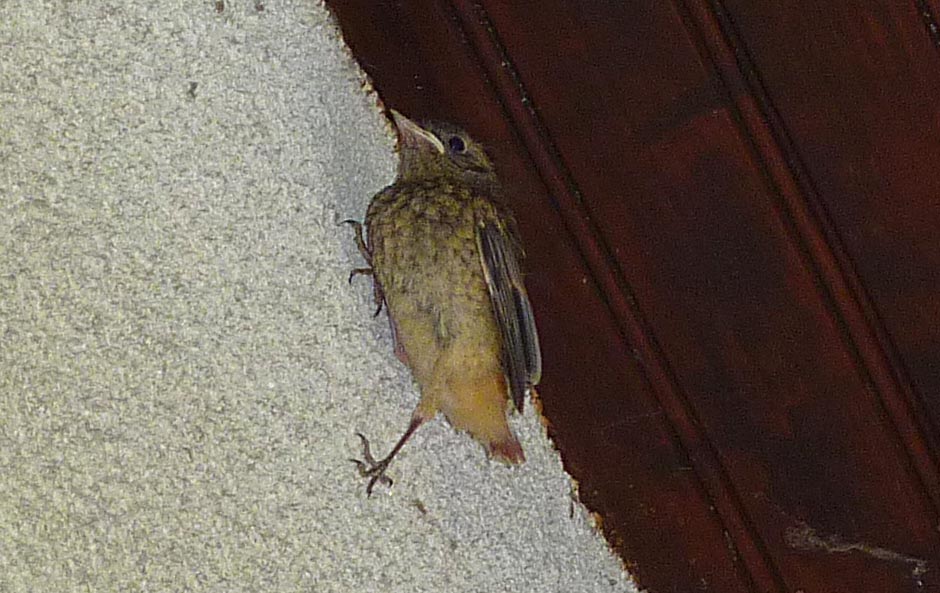 Suddenly the chick started flapping those little wings and was airborne. That lasted all of two seconds. The inexperienced bird grabbed onto the vertical wall across from the nest, claws clinging to the rough stucco. Then it pushed off again, fluttering noisily. 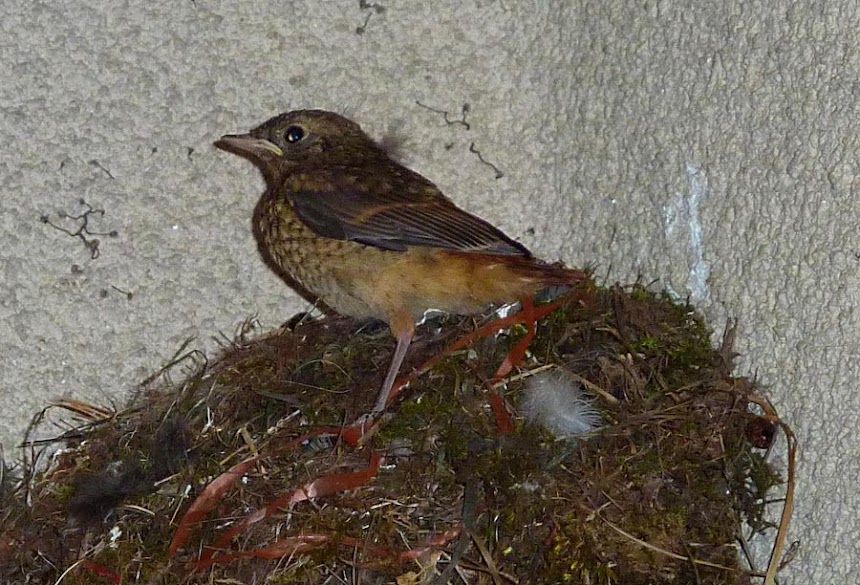 The fledgling flew back and forth from the nest to the wall like that three or four times, gaining confidence. The male redstart continued his high-pitched whistling. But it was just his alarm call, the piercing sound he makes when he sees us or Callie the Collie on the terrace, or Bert the Black Cat patrolling the gravel driveway down below. It sounded like he was calling a dog, maybe. 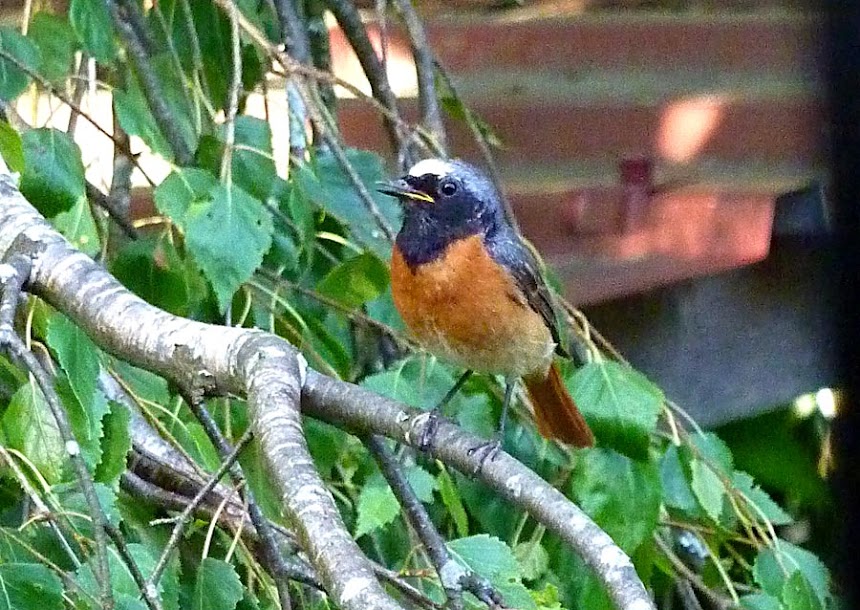 Roger Tory Peterson describes the call as a "liquid wheet.... a clear tooick." Peterson also says the male redstart "constantly flickers [his] bright rusty tail from [a] rusty rump." That's exactly what the bird was doing. That's why it's called a rougequeue — a "redtail" — in French. 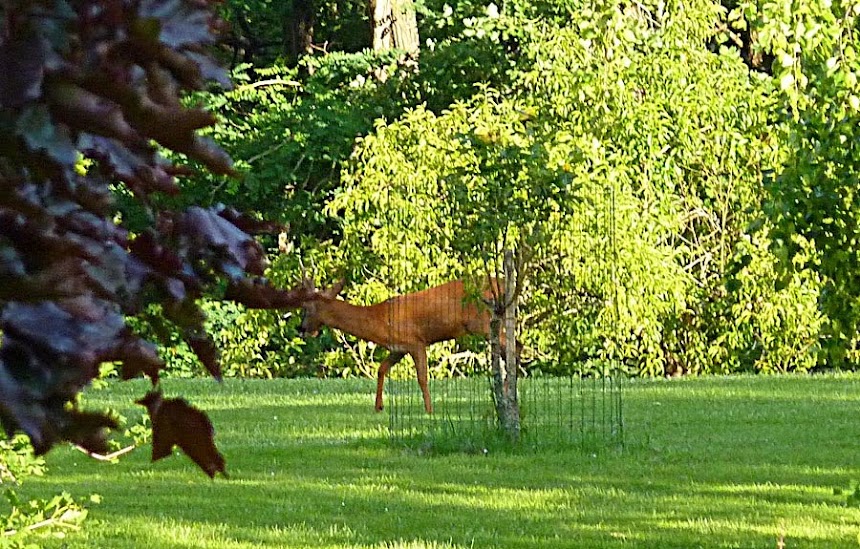 We didn't want to be chased inside on a nice warm evening, so we sat there a while longer. Just as we were getting ready to go in at about 8:00 p.m., Walt looked over and noticed a big deer in the neighbors' yard. I had my camera at the ready, and though I didn't get a very good picture, I did get one. It was all over in the blink of an eye.
Posted by Ken Broadhurst at 06:38