What is the point of brioche?

Recently I've taken up baking yeast breads. I've made three recently: the American pain au lait called Parker House rolls; a fougasse (a.k.a. foccacia), which is a Southern French flat bread that has a lot of olive oil in it; and now brioche.


I think my expanded baking horizons have something to do with having to stay inside because the weather out is so mediocre. I'm not sure where I got the idea that it was time to make brioche. I think it just came out of the blue. But two funny coincidences happened as soon as I had made up my mind and found a brioche recipe I wanted to try. 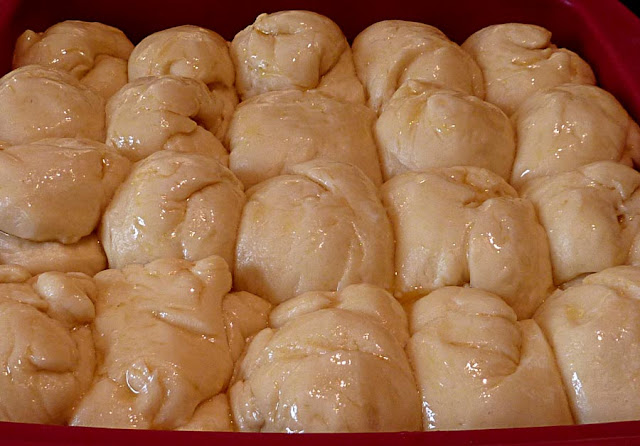 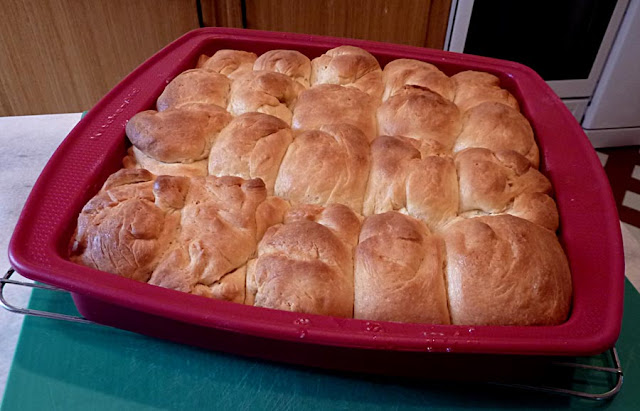 No, this is not brioche. It's a batch of Parker House rolls
that I made two weeks ago as a first baking experiment.


First, we watched a cooking show on Cuisine TV that featured a young chef who made a honey-glazed pork roast (using a suckling pig), garnished with a rhubarb compote and a Swiss chard side dish. Since we have rhubarb and Swiss chard in the garden, I focused on the show instead of vaguely following along as I did kitchen tasks or read a newspaper article (which is often how I watch TV).


All of a sudden, the young chef was making brioche to serve with his suckling pig. I ran the show back and watched again, more closely, to see how he did it.


And then Friday evening I was reading a couple of articles published by British expatriate Michael Wright in the on-line Telegraph newspaper. Michael lives a couple of hours south of Saint-Aignan with his wife and two young daughters. He keeps livestock and has a vegetable garden, and he has a good eye for observation and a quirky sense of humor.


One of his articles was about all the British expats that, he says, are returning to the United Kingdom because, with the decline in the value of the pound sterling, life in France has gotten just too expensive for them. And about how those who have stayed have taken to ordering groceries and other goods from the U.K. for delivery to France, because their pounds sterling go farther across the channel. 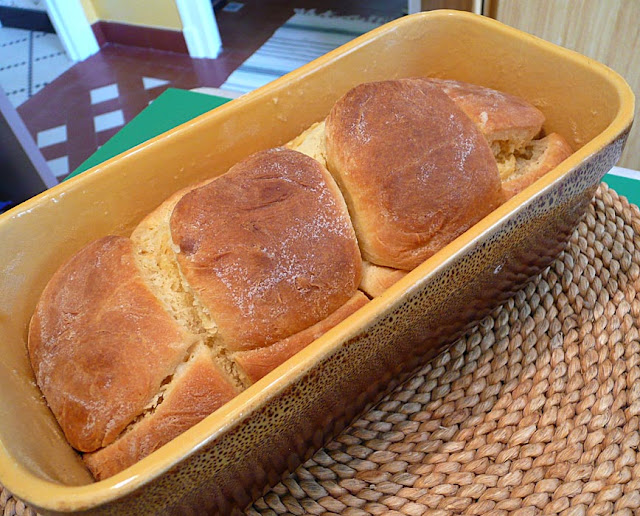 Here's what my brioche, a first attempt, looked like.
I didn't glaze it with beaten egg to make it shiny on top.


Almost as an aside, Michael confesses that he's curious about what kinds of food items his British compatriots might be ordering from Tesco or Safeway that they couldn't buy in France. He says his curiosity fits a pattern: “Even at the supermarket checkout,” he writes, talking about his life in rural France, “watching people unload their trolleys, I can barely resist comparing the relative lardiness of the products and their purchaser; puzzling over what on earth is the point of brioche; or playing Ready, Steady, Cook with the items they place on the conveyor belt.”


So there it was again. Brioche. As Michael Wright asks, what actually is the point? Queen Marie-Antoinette knew, or thought she did, until the revolutionaries cut her head off: Si les pauvres n'ont pas de pain à manger, she supposedly said, what's the problem? ...qu'ils mangent de la brioche ! — Let them eat cake...

By the way, Michael Wright's essay about raising bilingual children is pretty funny. 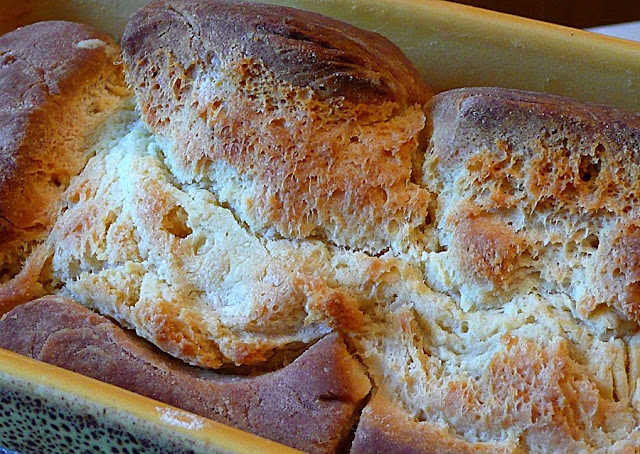 To my mind, brioche is not bread. And it's not cake either, even though it has eggs (several), butter (quite a bit), and sugar (just a couple of tablespoons for a big loaf) in it. So what is it then? I hate to re-state the obvious, but here goes. It's brioche.


In America, it would be considered a bread. That's because all our U.S. breads have sugar in them. The American Heritage Dictionary says brioche is “a soft, light-textured bread.” There is no purely English word for brioche; we just use the French word. 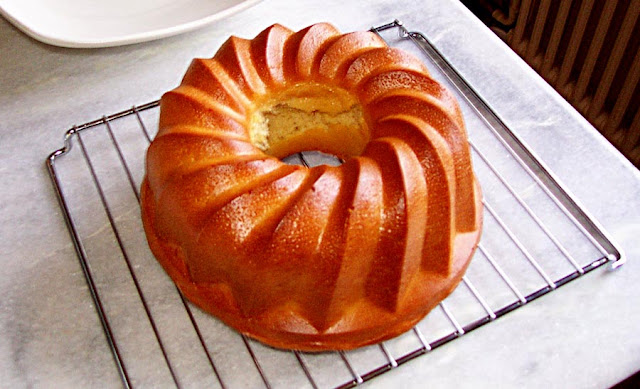 Thinking back, I remembered that I made this yeast-leavened Savarin
cake more than six years ago, when we first moved to Saint-Aignan.
It's a dessert cake that is soaked in a sugar syrup (or rum).


In France, brioche is not bread, because bread is made with just flour, salt, water, and yeast. According to the Robert dictionary of the French language, brioche is a pâtisserie légère — a light pastry. The Larousse Gastronomique food encyclopedia goes so far as to call it a gâteau en pâte levée — a leavened cake.


The Larousse also says that the name brioche might derive from the name of the region near Paris called Brie, where the cheese is made. Brioche would have first been made in Brie, as well has in Normandy where the butter is so good. Larousse also gives a recipe for a cheese brioche, but it's made with Gruyère cheese, not Brie cheese. (Note to self: try that.) 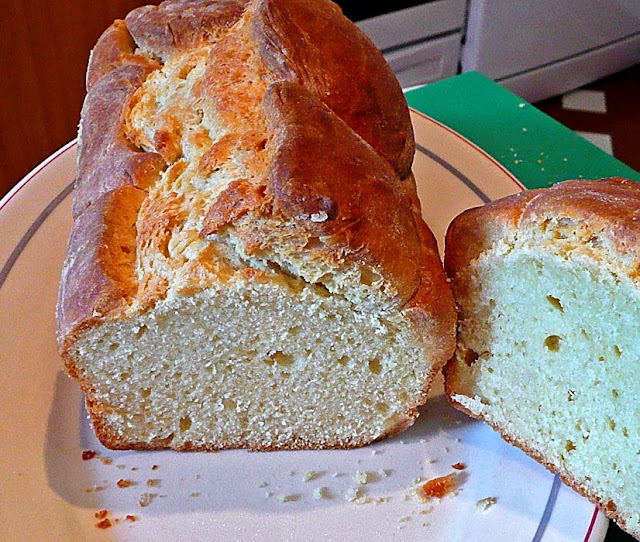 My brioche took only four or five hours to make, including a good three hours for the dough to rise.


In French, a brioche is also what you get from eating too much of this rich cake or bread. Your brioche is your “spare tire” — that roll of fat around your waist, or your pot belly. I speak of myself, of course, and not of your physique...


I think the only point of brioche is that it's delicious. I just ate two pieces with my morning cup of black coffee. You don't have to put butter on it, because there's so much butter in it. A little quince jelly or cherry jam on a slice is pretty good, though.
Posted by Ken Broadhurst at 07:59