I do understand why so many old French houses have wallpaper on their walls. I just don't understand why the owners chose the wall paper they did. « On ne discute pas des goûts et des couleurs, » they say — there's no accounting for taste, so no use arguing over tastes and colors.

The reason for covering walls with wallpaper rather than paint is clear though. The wallpaper hides the cracks in old plaster walls. As these old stone or even concrete-and-brick houses in France settle and move — it's called « travailler » (to "work") in French, settling is, as in « La maison a travaillé » — cracks are inevitable. Only the worst ones will be visible if they show through wallpaper. All of them will be visible, eventually, if you simply paint the walls. 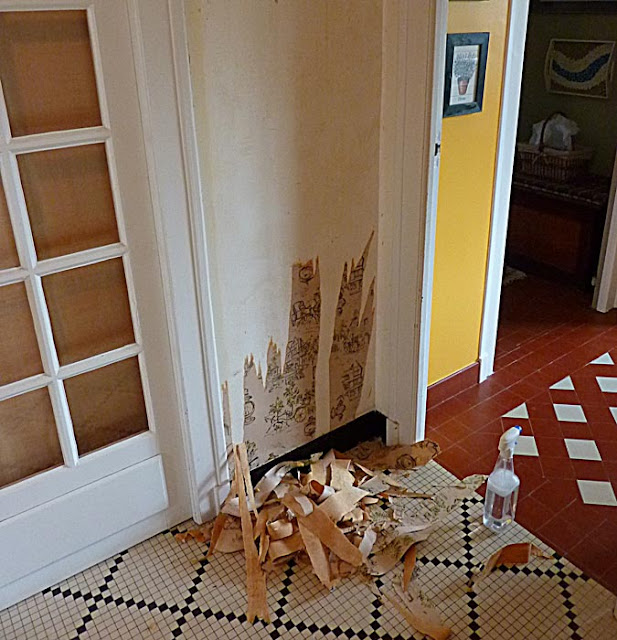 Newer construction uses plasterboard (called dry wall, wallboard, sheetrock, or placoplâtre in different languages, countries, and contexts) instead of plaster on brick or stone. That has several advantages. Cracks don't show up as frequently. The plasterboard wall leaves a space between exterior and interior walls where ugly things like wires and pipes can be run, out of sight. And you can put insulation in there too. 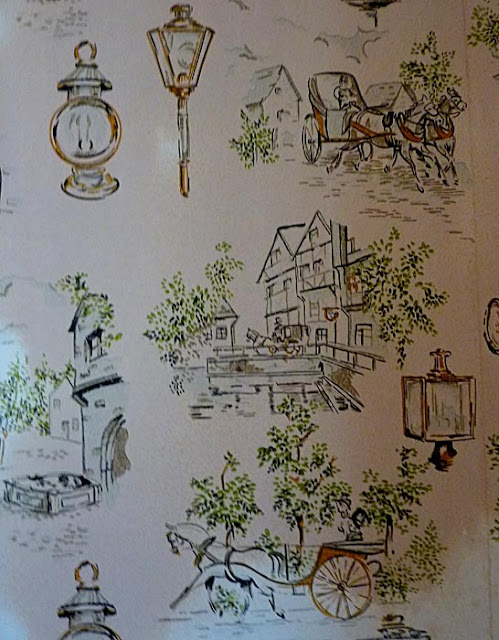 What a shame to have to get rid of this wallpaper.
We've come to admire it over the past seven years.

The walls in our house, built less than 50 years ago, have no insulation in them except the air spaces in the hollow brick blocks that the walls are made of. Inside the house, the brick walls are just coated with a thin, smooth coat of plaster, and then either painted or papers. Wires and pipes were originally put inside the brick blocks, back when the house was built. Outside, the brick blocks are covered with a sort of stucco. 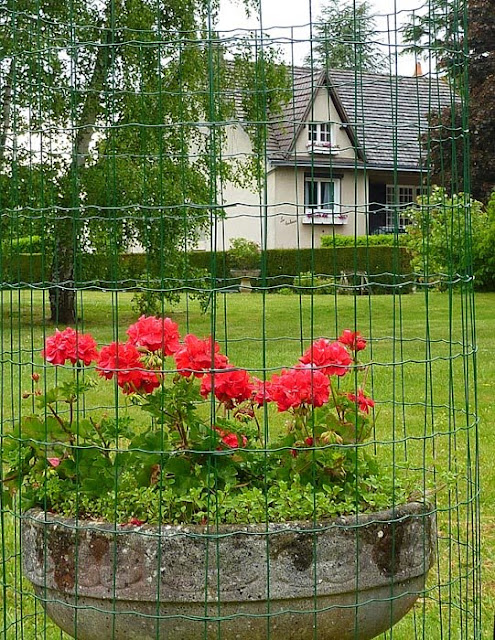 The house seen from the neighbors' yard

But you never have enough electrical outlets these days and, as often as not, putting in new wiring requires running wires inside plastic tracks glued or screwed to the walls. They are visible, though not necessarily ugly. If you've been to France, you've seen places where the wiring and the plumbing run along the walls and are "apparent" — visible, not hidden. That's just the way it is. 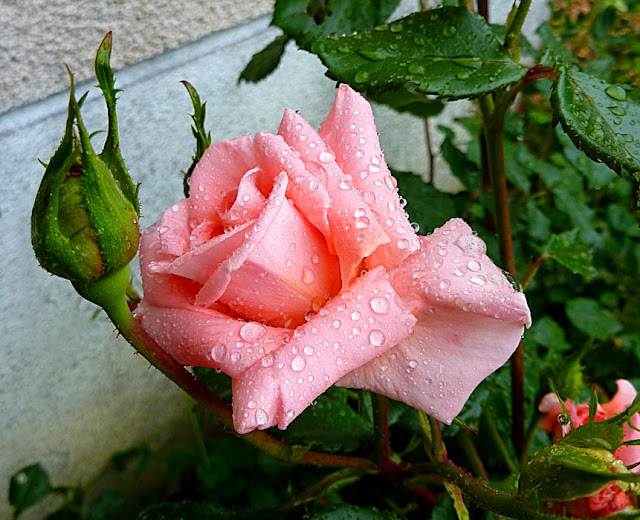 Roses in the rain

Anyway, our new attic space is done with plasterboard, so all the wires and pipes are hidden away, and there's 8 in./20 cm of glass wool insulation between the interior walls and the roof tiles. In the older living space downstairs, we've had to have wires run in plastic tracks along the interior walls in three or four places since we've moved in and started "improving" the place. 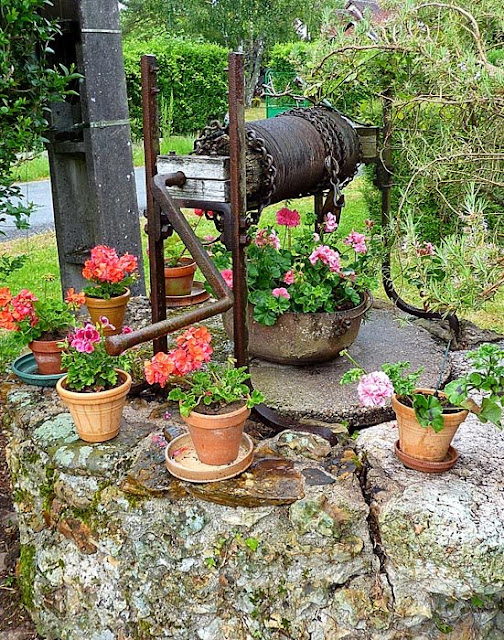 This is our little village's communal well.
Nobody uses it any more, so the neighbors
have decorated it with potted plants and flowers.

And now here I am uncovering unsightly cracks as I strip off the wallpaper in our old stairwell and on the walls of the adjacent landing and hallway. So far I haven't uncovered any huge fissures, but there are some that will have to be repaired before we can paint. To repair them you gouge out the old crack completely and apply new plaster to smooth out the surface. When it dries, you sand it. Walt is good at doing that kind of work. 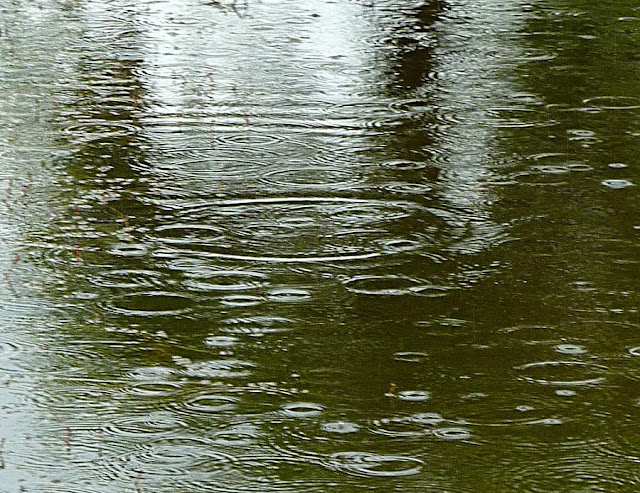 And raindrops on the pond out back

Meanwhile, the weather is rainy and gray outside, with some clear moments when the sun comes shining through. It's not heavy rain, just nice spring showers. Everything is very green, and it's warm out — good weather for working inside and then going out for a walk with the dog.
Posted by Ken Broadhurst at 07:20