Parisian for the weekend

In April 2002, Walt I spent two weeks in Paris. One year later — little did we suspect it at the time — we had sold our house in California and become the owners of a little house in Saint-Aignan, in the Loire Valley. 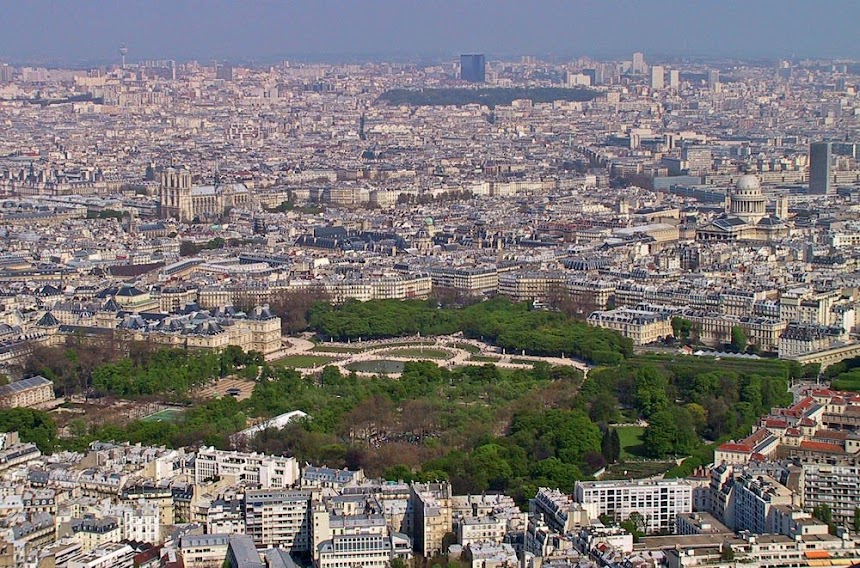 Overlooking the Luxemburg Gardens, Notre Dame Cathedral,
the Pantheon, and the Latin Quarter in Paris.
In 2002, then, we had rented a small apartment near Montparnasse, on the Left Bank, for our vacation. One of the things we did during that time was go up to the top of the 52-story Tour Montparnasse building and take panoramic pictures of the city. 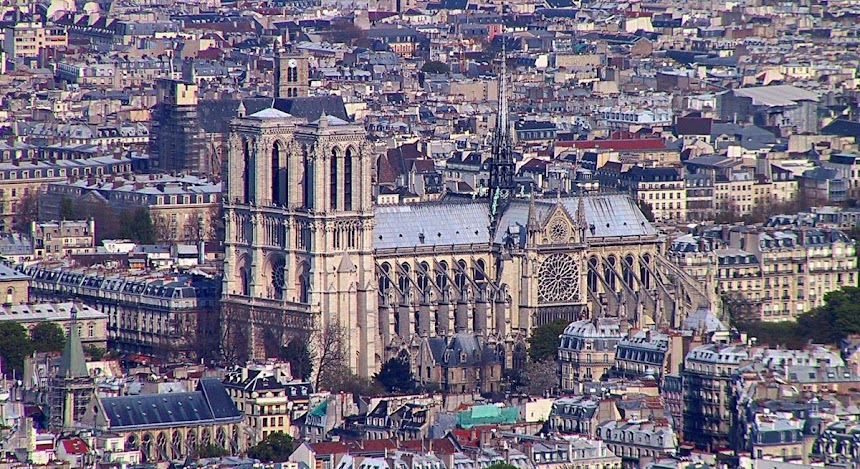 A closeup of Notre Dame shows how massive the
church is compared to surrounding apartment buildings
Obviously the weather was clear. The pictures came out sharp. I was using my gigantic old Canon zoom camera — it was new then. The Tour Montparnasse offers one of the best vantage points, along with Montmartre and the Tour Eiffel, for photographing Paris this way. 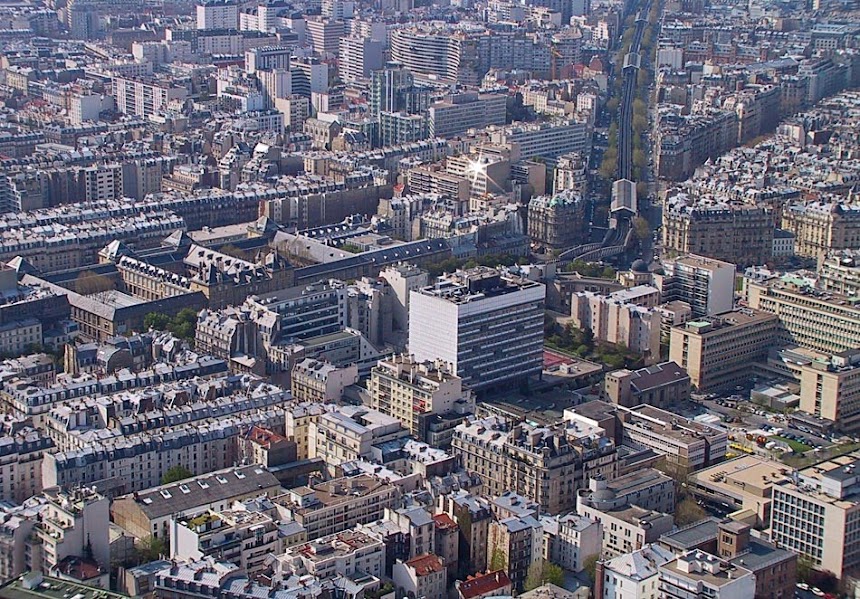 I'll be spending time in this Paris neighborhood over
the weekend. It's not very far from Montparnasse.
You can see the elevated metro in the picture.
By the time you read this, I'll be in Paris. I'm probably having a pretty good time. In my suitcase I have a box of ripe tomatoes from the garden and ripe plums from the neighborhood trees, all protected by bubble wrap. When I told a French friend what I was taking to Paris, she couldn't stop laughing. She said I reminded her of the stereotypical wartime provincial bringing garden-fresh produce to deprived family and friends in the occupied capital.
Posted by Ken Broadhurst at 08:10