I've been back in Saint-Aignan for just less than two weeks now, and I'm starting to realize that I've been kind of depressed. Now I'm trying to figure out why. The symptoms: sleeping 10 or even 11 hours a night, having little interest for things that interested me before, feeling tired most of the time, and — worst of all — being slightly off my food. 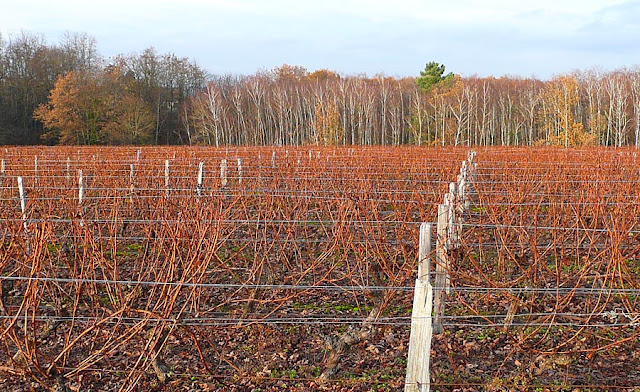 Out in the vineyard under a pale sun

Okay, I know that a lot of it has been jet lag. But this time it fooled me. After other trips to the U.S., the main symptoms of jet lag have always been the inability to go to sleep at night (bedtime in France being afternoon or early evening on the East Coast), and waking up at 4:00 a.m. for several days, without being able to go back to sleep. 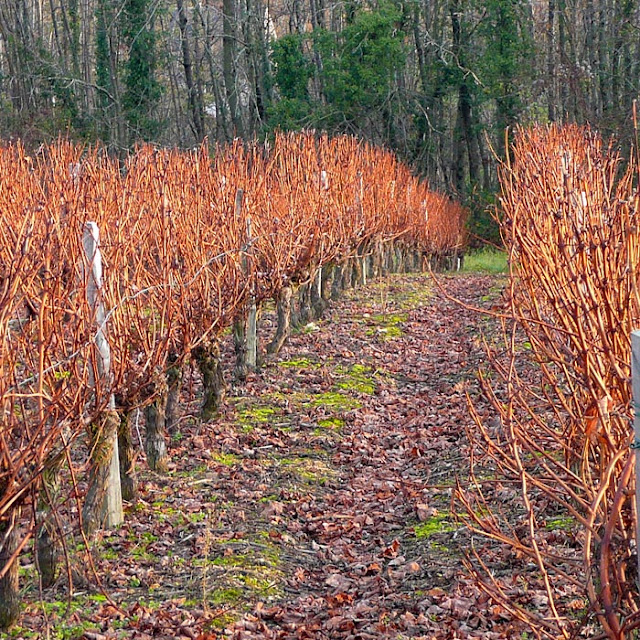 The vines on a bright day in winter

The fact is, the sun goes down so early in Saint-Aignan this time of year, and rises so late in the morning, that it's easy to fall into a kind of hibernation. A recent opinion article in the New York Times (you have to log in to read it, but it's free), which talked about President Nicolas Sarkozy's plans to get French people to work longer hours, and maybe do away with the 35-hour workweek altogether, said about the rhythm of life in France 200 years ago:


Economists and bureaucrats who ventured out into the [French] countryside after the Revolution were horrified to find that the work force disappeared between fall and spring. The fields were deserted from Flanders to Provence. Villages and even small towns were silent, with barely a column of smoke to reveal a human presence. As soon as the weather turned cold, people all over France shut themselves away and practiced the forgotten art of doing nothing at all for months on end.

In my case, I think it was the sudden contrast that affected me most. On the coast of North Carolina, which is as far south as Morocco and just about as sunny, the days had been longer, and my body and mind had gotten used to that rhythm. 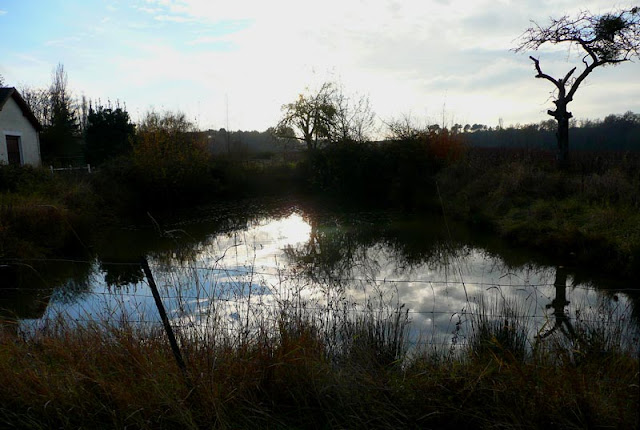 Reflections off our little pond out back — compare
this to the blue-water photos I took in N.C. last month

And it's not just the length of the daylight hours, I think. It's the quality of the light. On the N.C. coast, which is effectively subtropical because of the proximity of the Gulf Stream, there is at least as much water as land everywhere you go. The sun shines brightly, the sky is blue, and the blue water of the wide rivers, the expansive sounds, and the endless ocean constitutes a second sky. All that sunlight is reflected back on itself and the effect is almost blinding. 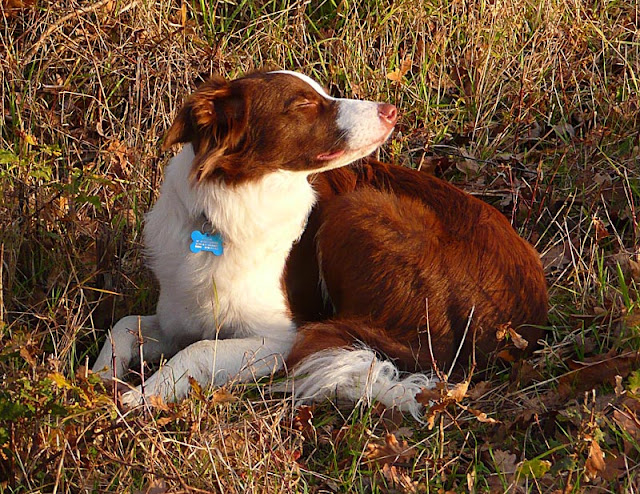 Callie catching a ray wherever she can

In Saint-Aignan, the only significant body of water is the Cher River, and it is never more than 100 meters wide. It is shaded by big trees in many places. It can't reflect much, especially since the wintertime sky runs the full gamut of colors from dark gray to light gray to white to just the palest of blues. It's dark here in November and December.

I think it was Thursday evening when I realized how much the light had been affecting me. We were having friends over, so we cleaned and straightened up the house and turned on most of our lamps to make the place inviting. Usually, we live in relative darkness during the winter. I suddenly felt more cheerful. And then the next day the sun came out. Not like in the tropics, that's for sure, but there were actually shadows when I took the dog out for a walk in the afternoon. Jet lag also explains my long-lasting fatigue and general listlessness, I think. What I can't figure out is why I've been off the food. You know I love to cook and eat. Walt said a couple of days ago, when I pointed out that my appetite has been feeble, that he has really been enjoying the food: vegetable soup, leg of lamb, cabbage with smoked meats, oven-fried chicken with a parmesan crust, and beef tacos. I guess I'll just have to keep cooking and try to coax my body and mind into enjoying good food again.
Posted by Ken Broadhurst at 08:00