Not much to say today. I don't feel optimistic
about the dawning of 2008. Not yet, anyway. 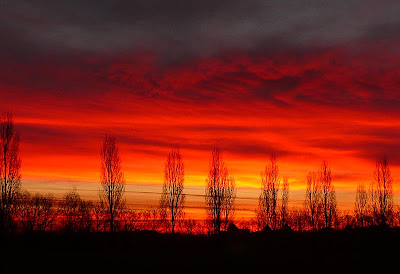 Christmas Day, about 8:15 a.m.
The Christmas morning sunrise was spectacular.
At first, the sky eastern sky was a brilliant red. 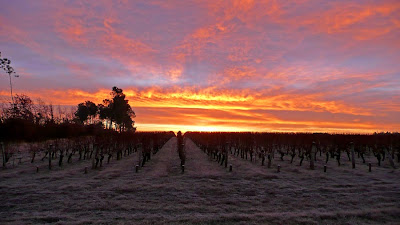 Farther out in the vineyard and 10 minutes later
The light slowly became less intense,
with oranges and yellows replacing the deep reds. 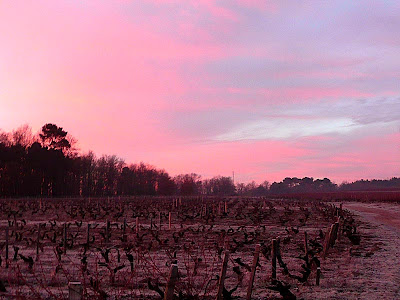 Pretty in pink
Then, for a few moments, the vineyard
was bathed in pink light. 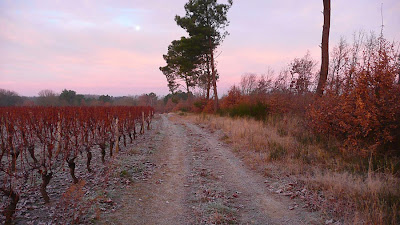 I see the moon and the moon sees me.
Looking west, you could vaguely see the full moon
behind hazy pinkish clouds, with the rusty gold of
the vines and scrub oak trees in contrast.

The silvery gray of December's cold
By the time I got back to the house at 9:00 a.m.,
the landscape had reverted to the silvery gray tones
to which we have become accustomed.
Posted by Ken Broadhurst at 09:04