Oysters from the market

It is Saturday, which is market day in Saint-Aignan. Merchants set up their stands or drive their refrigerated market trucks to the main square in the old town to set up for the morning. The trucks are rolling boutiques with side doors that open up and out to reveal refrigerated shelves where meats and cheeses are displayed. 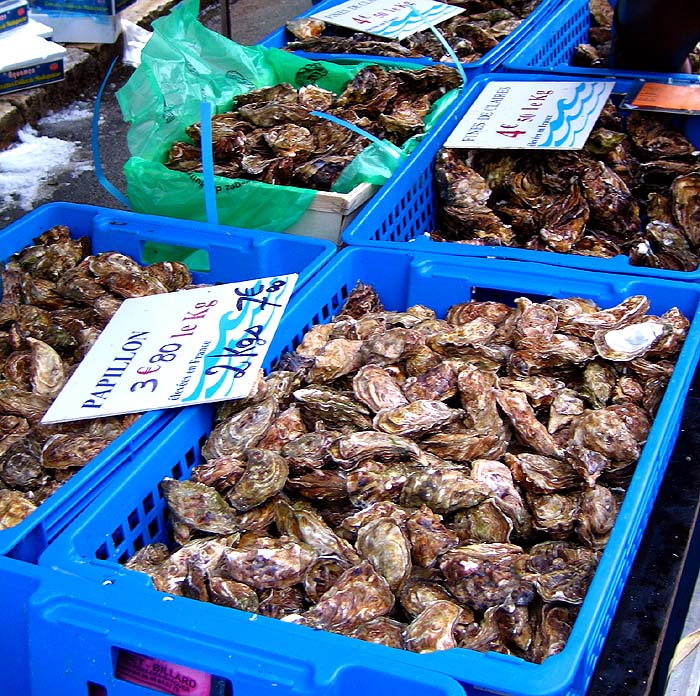 Oysters for sale by the kilogram at the outdoor market
There is a big fish monger's stand, there are several charcutiers and butchers (including one specializing in horse meat), and there are several stands selling vegetables and fruit. The mushroom lady is always there, along with several local farmers who sell their own products, including eggs, vegetables, and goat cheeses. There's a great cheese vendor with hundreds of French cheeses, and there are two stands that sell poultry, including spit-roasted chickens and rabbits. It's a colorful scene.

I've been trying to remember when I went to the market last. I think it was in September. Can you believe that? I was very busy in September, with visits from Evelyn and her friends, and then my sister. Then toward the end of that month, I came down with some kind of pneumonia or bronchitis and was housebound for three weeks.

After that, I went to the U.S. for a month. When I got back just before Thanksgiving, the cold weather and chilly rains had set in, so I still didn't go out to the market. And I had a cold. 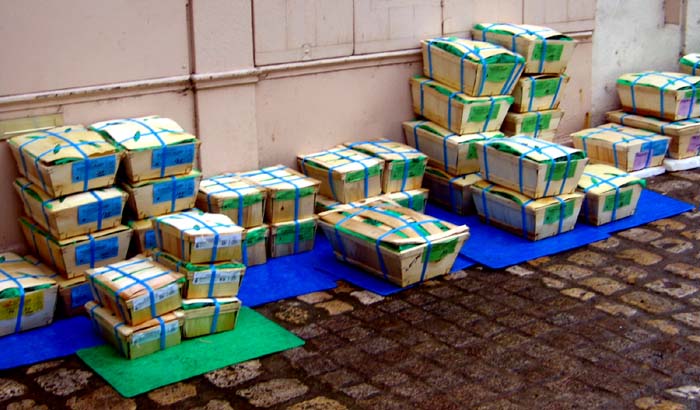 Oysters for sale in bourriches at the Saint-Aignan market
Well, guess what. Today it is raining. It's not terribly cold, but there's a fine mist falling, and it's supposed to turn into a steady rain over the course of the morning, according to what I'm hearing on the radio.

I think I'll go to the market anyway. I really want to get some good oysters for New Year's Eve, and they have the best ones there. You can buy them by the bourriche (that's the little basket they are packed in) in the supermarkets, where you get between two and four dozen oysters of a single variety and origin. But what I want is a selection of different varieties — fines de claires, belons, creuses — from several locations — Bretagne, Normandie, l'île d'Oléron, and so on. 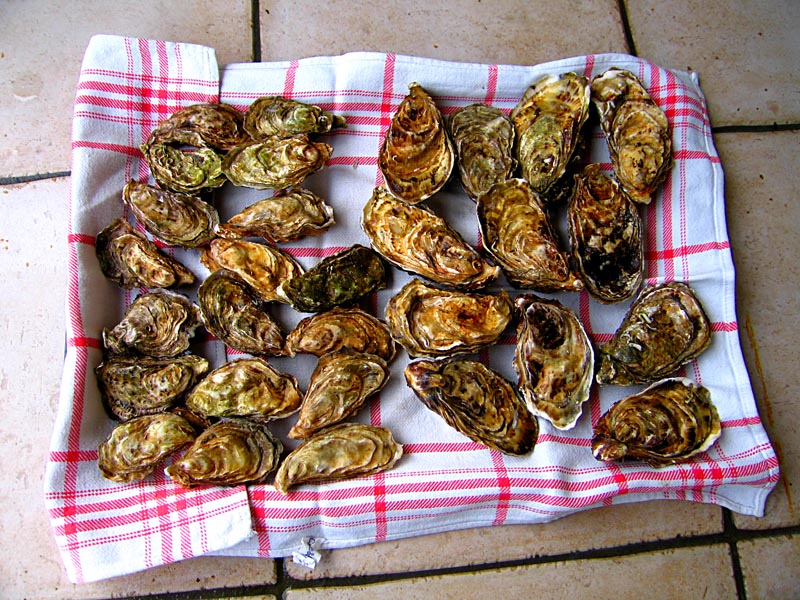 Oysters washed and waiting to be opened on New Year's Eve 2005
I believe I can buy oysters that way at the market; I think I have done so in past years. Besides, I also want to get some good local goat cheese, and the market is the place for that. I also want to stop at Doudouille's charcuterie stand to get some rillettes and maybe some sausages. Here's my topic about the New Year's Eve market in Saint-Aignan two years ago, with pictures. 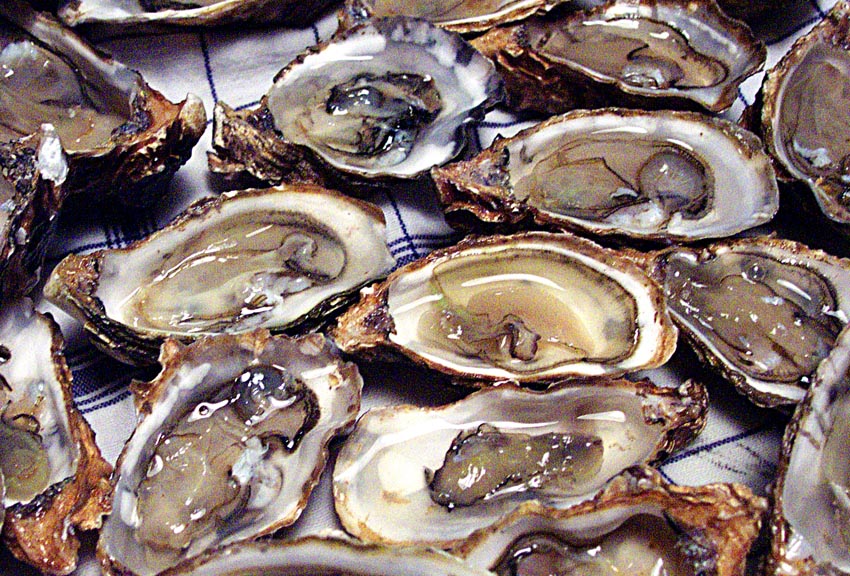 And here they are — we eat oysters raw on the half shell with a
mignonnette sauce (vinegar with chopped shallot and black pepper),
accompanied by rye bread and butter. And white wine of course...
So I guess I'll dress warmly, put on my rain gear, and brave the wet weather. My friend Harriet, who's here from California for the holidays, said yesterday she wanted to go with me if the weather didn't turn out to be too bad. I'll call her in an hour or so and see what she thinks.
Posted by Ken Broadhurst at 07:35