Beans for lunch, crosnes for dinner

Yesterday, Saturday, was a full day. We started it in the morning, between rain showers, with a trip to the farmers' market in Saint-Aignan. We had three meals in the planning: Saturday lunch, and then lunch and dinner on Sunday. I've always said that life in France is essentially planning your next good meal. Whatever else you do is just filler.

Peter Hertzmann is visiting for the weekend. He's the cook, and the food is excellent. Have a look at his web site, which is called A La Carte. 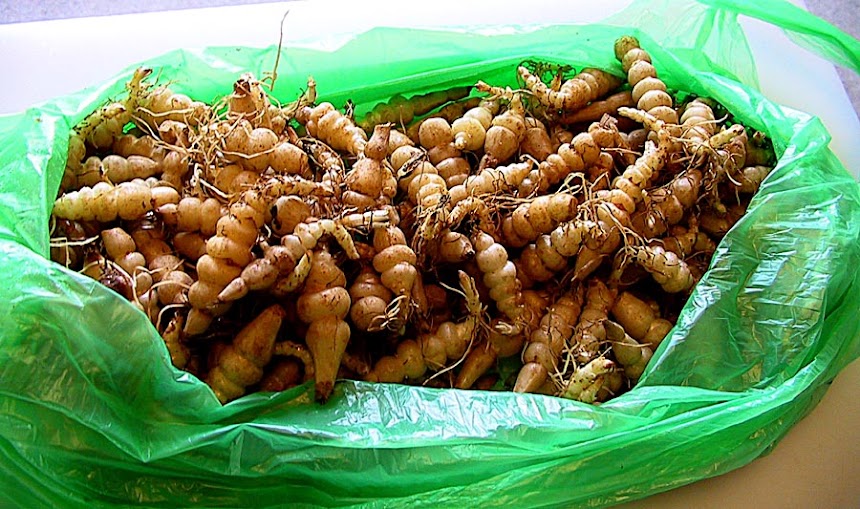 Crosnes. They look a little like worms, don't you think?
At the market we found an heirloom vegetable that Walt and I have been wanting to try. These little corkscrew-shaped roots are called crosnes in France, and Japanese or Chinese artichokes in English. The French name apparently comes from the name of the town in France where they were first cultivated, Crosne, which is near Orly, just south of Paris.

The woman who was selling them said we should trim off the little rootlets and then wash the crosnes well to remove any sand. Then rub them in a towel with some coarse salt to remove some of the skin, which on these looks to be pretty thin anyway. To cook the crosnes, you poach them in simmering water or broth for 10 or 12 minutes. Then you sauté them lightly with a little butter and parsley, adding some cream if you want. Un peu de crème ne gâche jamais le plat, the woman at the market said. She said to serve them with grilled meat — pork chops or veal cutlets, for example. 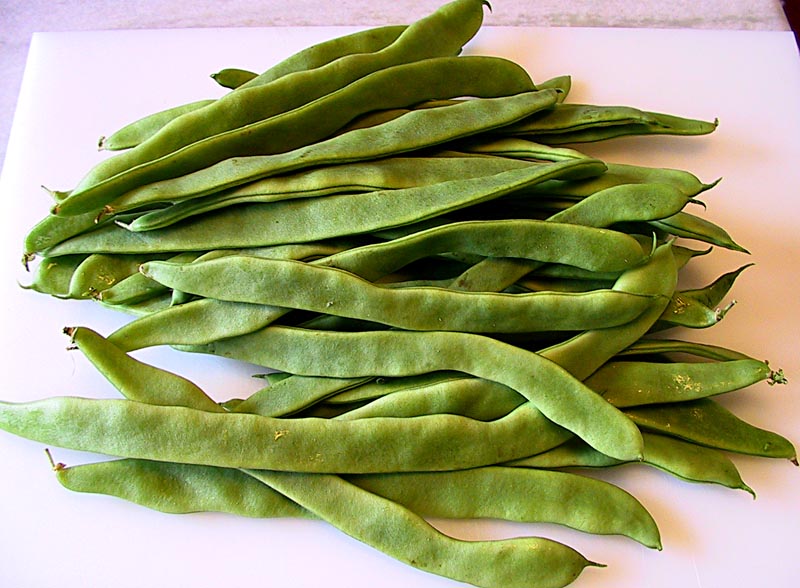 Big flat green beans that Peter will cook with tomatoes and onions
What else did we buy at the market? Some mushrooms from the mushroom lady, some chicken breasts and eggs from one of the poultry vendors, some sausages from Mme Doudouille, and some Brussels sprouts from one of the vegetable stands.

Yesterday Peter cooked a mushroom and cheese omelet for lunch. Today we'll have chicken breasts and green beans (from the supermarket) for lunch, and then sausages with crosnes and Brussels sprouts for supper. (Some of you are interested in this level of detail about food, I believe.) 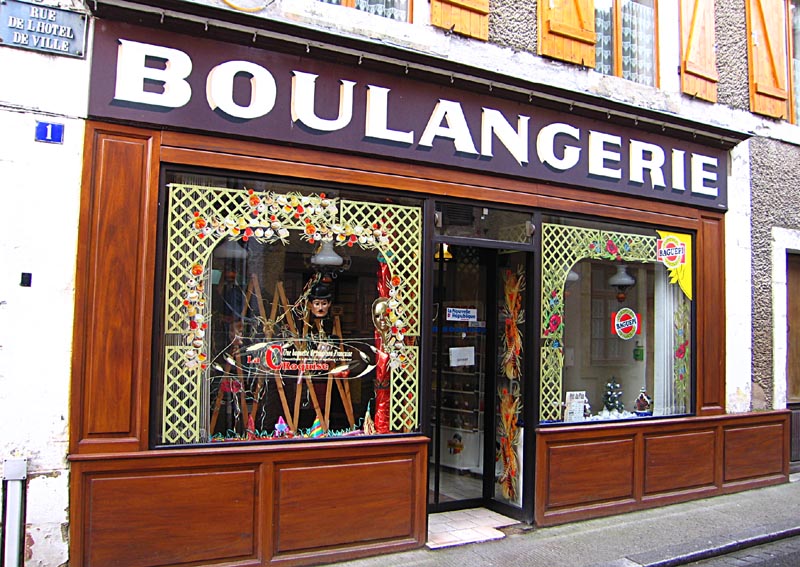 A bakery in the town of Levroux
After lunch yesterday, Peter and I drove over to Valençay to see the château there. It's about 25 km from Saint-Aignan. Peter was especially interested in seeing the kitchens there, which were once managed by the famous chef named Carême. Unfortunately, the château de Valençay was closed for the winter. It re-opens on March 25.

We then took a drive south to the town of Levroux, where we walked around and took some pictures of the early Gothic church there. More of that in future posts. We drove on through the country, and even though the fields are very green, the weather was dreary. 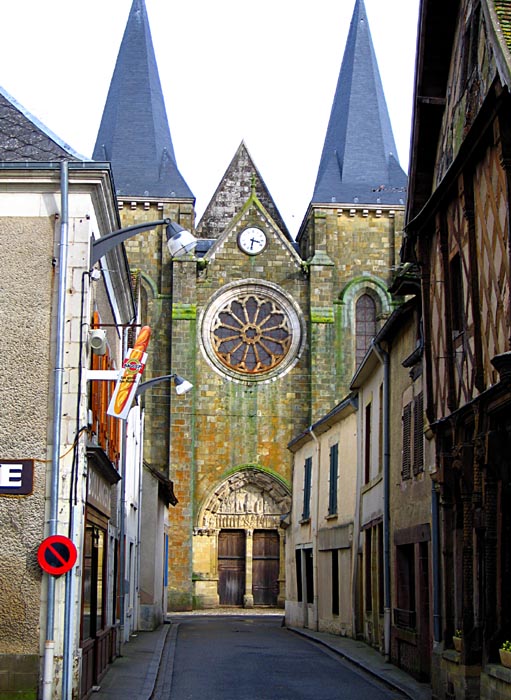 L'eglise Saint-Sylvain à Levroux, près de Châteauroux
Last night we had dinner in the restaurant at the Hôtel du Cheval Blanc in the town of Bléré, near Chenonceaux. It's a Michelin one-star restaurant and was not disappointing. We ate fish and drank local white wine. More about that later too.
Posted by Ken Broadhurst at 08:14