Yesterday our weather was gusty and damp. We saw the sun off and on, but it was so windy you didn't want to be outdoors. The temperature was in the mid-50s F -- about 12ºC. 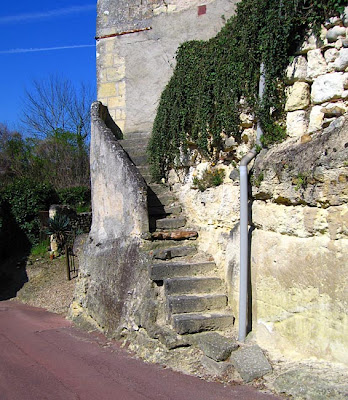 Don't worry, the pictures don't really go with the text.
I liked this old staircase I saw on the streets of
Le Grand-Pressigny on 11 April 2006.
At about 9:00 in the morning, a sudden squall produced very strong winds and a brief downpour. The trees were bending under the force of the wind gusts, and the downpour included a minute or two during which there were a lot of ice pellets mixed in with the driving rain. Well, this is going to be an exciting day, I thought to myself. 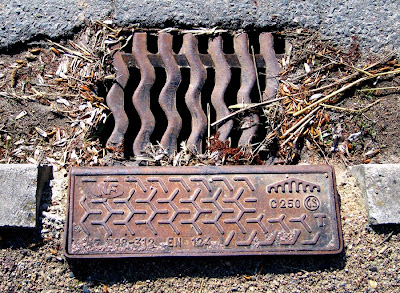 Still life with storm drain
I guess those ice pellets are what we call hail. Tiny hailstones were bouncing off our north-facing living -room window and making ringing and pinging sounds as they hit the metal balcony railing outside. The wind was rattling our metal window shutters. 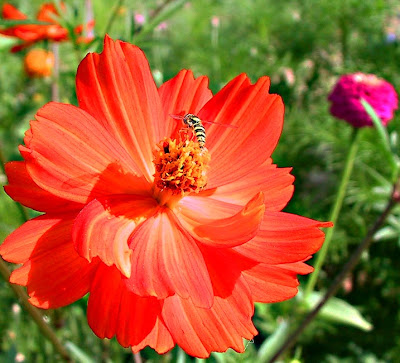 Okay, I'm cheating with this photo. I took it in
Le Grand-Pressigny in July 2006, during a heat wave.
We used to have that kind of brief ice-pellet showers all the time during those 17 winters we spent in San Francisco. Obviously, the weather seems fairly chilly when ice is falling from the sky. San Francisco's climate is temperate, which is another way of saying it's always chilly. Here, at least, we get nice hot summers. 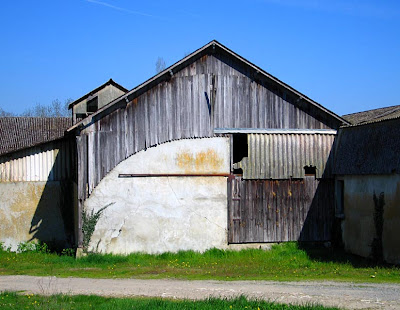 Farm buildings on the edge of Le Grand-Pressigny
These squalls and sudden downpours have a name in French: ce sont les giboulées de mars. March showers. So our weather is getting a little ahead of itself. 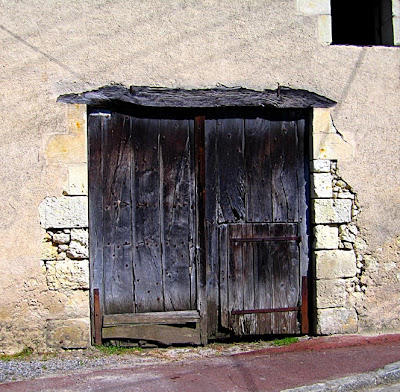 There's probably no automatic opener for this garage door.
That was yesterday, February 12. This morning, I looked at some more pictures taken in Le Grand-Pressigny — the ones I hadn't posted yet. I realized a lot of them were taken on April 11, 2006. And the weather was beautiful and starting to get seriously warm. 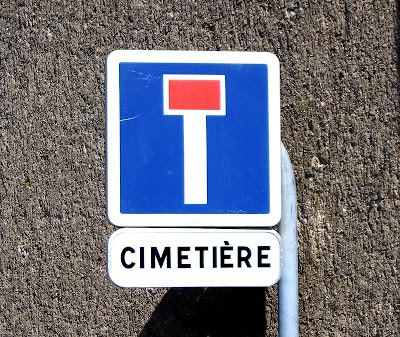 The cemetery is this way, down a dead-end street.
Humour noir ? Or just good city planning?
The sun is shining this morning, and the winds have died down. April 11 is less than two months away. The hours of daylight are increasing. Spring is on the horizon. Vivement le printemps ! 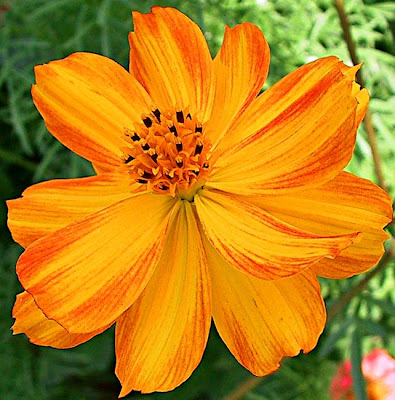