February is a long month. That's ironic, right? Yesterday and today have been typical winter days here in the Loire Valley: chilly, gray, and damp.

It's the kind of weather that makes you think about the past. For me nowadays, that means looking back at pictures I've taken. And looking back made me realize this is the fifth February that has found me in Saint-Aignan. 2003, '04, '05, '06, and now '07...

A year ago, on February 6, 2006, I apparently took a drive
out to Orbigny, in the area of Touraine that is south of
Saint-Aignan. I took a picture of this typical old farm,
with horse and human. 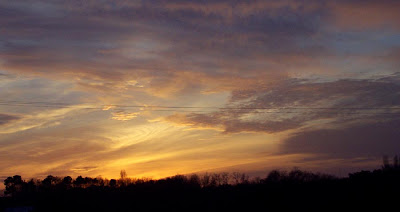 Two years ago, on February 6, 2005, I took some pictures
of the sunset from our back yard.

Three years ago, on February 6, 2004, I apparently took the dog
for a walk over in Noyers-sur-Cher, across the river
from Saint-Aignan. We walked along the
Canal du Berry, which ends in Noyers. 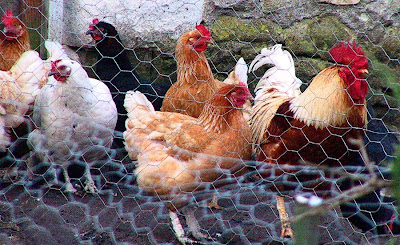 There's a house near the canal that has a chicken coop
on a little corner of the property near the road. I think
the chickens were looking suspiciously at
the dog and the man with the camera. 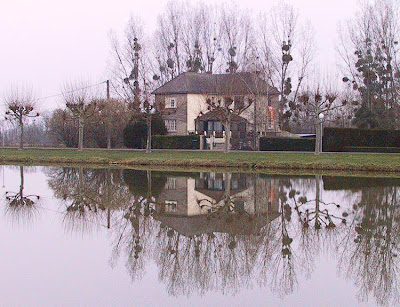 One of our neighbors has a sister and brother-in-law who live
in this house in Noyers-sur-Cher. There's a lot
of mistletoe in the trees around their house.
It was a gray but reflective morning. 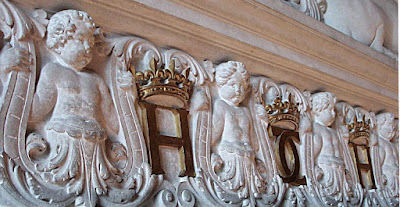 Four years ago, on February 6, 2003, I was in Saint-Aignan
and Montrichard to finalize the deal to buy the house
we now live in. I took advantage of a free morning
to go to Chenonceaux with a friend who
had never seen the château before. 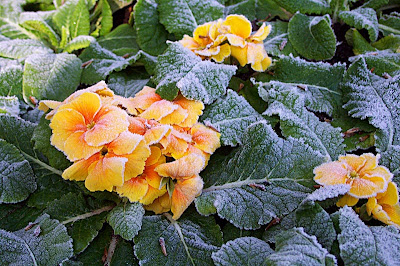 It was a very cold morning, as you can see from this picture
of frosty primroses I took on the château grounds.
There were big fires roaring in the fireplace inside
the main building, I remember. 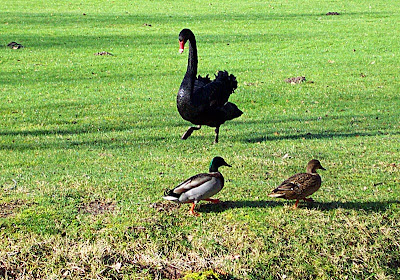 And there were ducks and black swans in the gardens.
Unlike today's weather, it was crisp and clear
on that February morning.