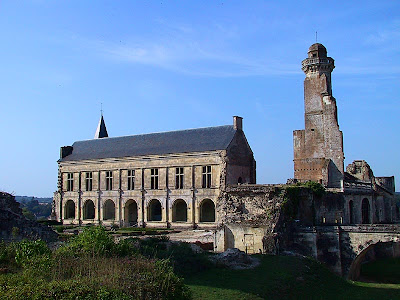 The 16th-century wing of the château de Pressigny-le-Grand was built
in the middle of the ruins of the medieval castle. Both the arcaded
gallery and the tall octagonal belltower are Italian in style.
Rainy weather here still. It's been a week of doctor's appointments (routine stuff) and pharmacy visits. We are now covered by the French Social Security system and for the first time since we left California we don't have to pay full price at the doctor's, dentist's, pharmacy, or lab. 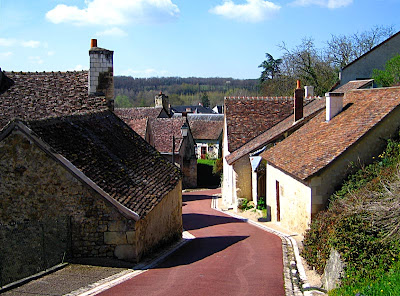 View down an old street in Le Grand-Pressigny
Of course a visit to the doctor costs only 21 euros ($28 at today's exchange rate), and prescription medications are much less expensive here than in the U.S. Under the French Assurances Médicales plan we have now, our co-payment at the doctor's is now about seven euros ($10 or so). 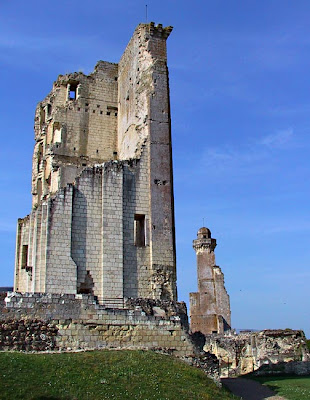 Ruins of the fortified castle at Le Grand-Pressigny.
This rectangular tower is more than 100 feet (35 m) tall. 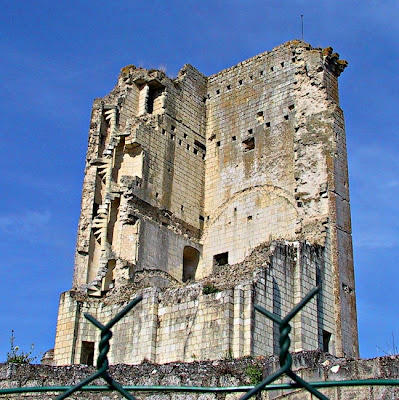 This is what is called a "keep" in British English and
a "donjon" in French. It was built between 1190 and 1200.
I like the old staircase, now exposed to the elements.
Prescription medications, in my case, now require a monthly co-payment of thirteen euros. I was paying about forty euros, full-price, until the new coverage started. The co-payment for the same monthly supply of drugs in California, under a very good insurance plan provided by my employer, was $45.00. 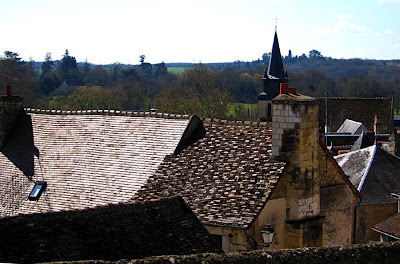 Views out over the rooftops of the old village from up near the château
Hey, you thought this was going to be a topic about Le Grand-Pressigny. Well I've about run out of things to say about that village, but I still have some pictures I want to post. I'm posting them with this topic.
Posted by Ken Broadhurst at 08:33