There aren't very many retail businesses in le Grand-Pressigny. Here are a few of the ones I noticed. Looking at the name of each one, and doing some dictionary and Google searching, I learned a few things 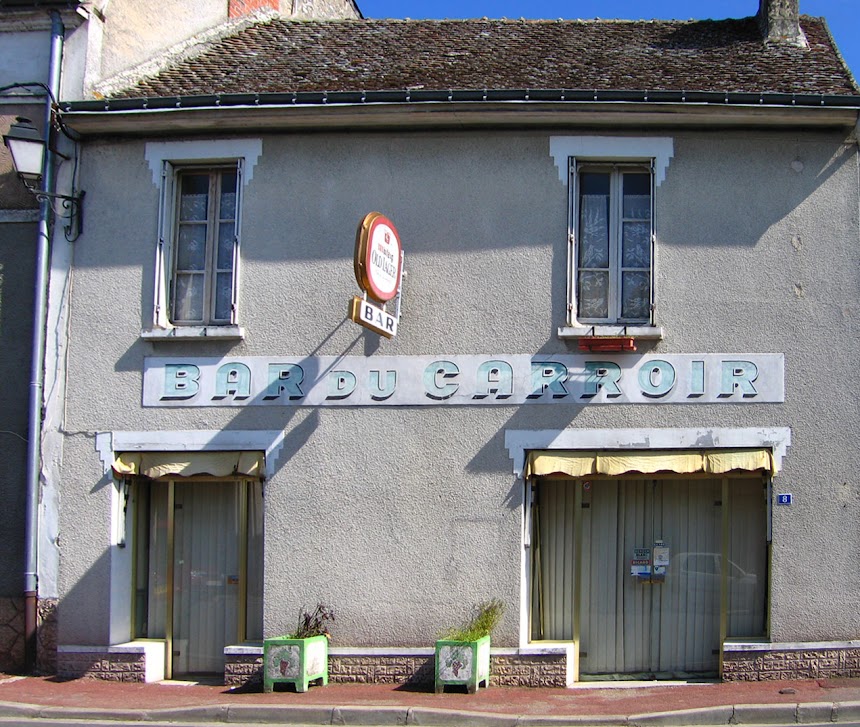 What does carroir mean? I at first thought it might be related to the word quarry, which is carrière in French. But it turns out carroir is an old or dialectal word meaning the intersection of two roads, a carrefour.
Some friends of ours over in the village called St-Georges-sur-Cher live on the rue du Carroir. Now I know what it means.
Carroir derives from the Latin quadrivirium, the place where four roads meet (or, seen another way, where two roads cross each other). Another form of the word is carroi, without the final R.
The French word carrefour comes from another Latin term, quadrifurcum, meaning four forks, I guess. You'd think they could have put a restaurant here at this crossroads — a "four-forks" — and not just a bar, a place to have a drink instead of a full meal. Ha ha ha. 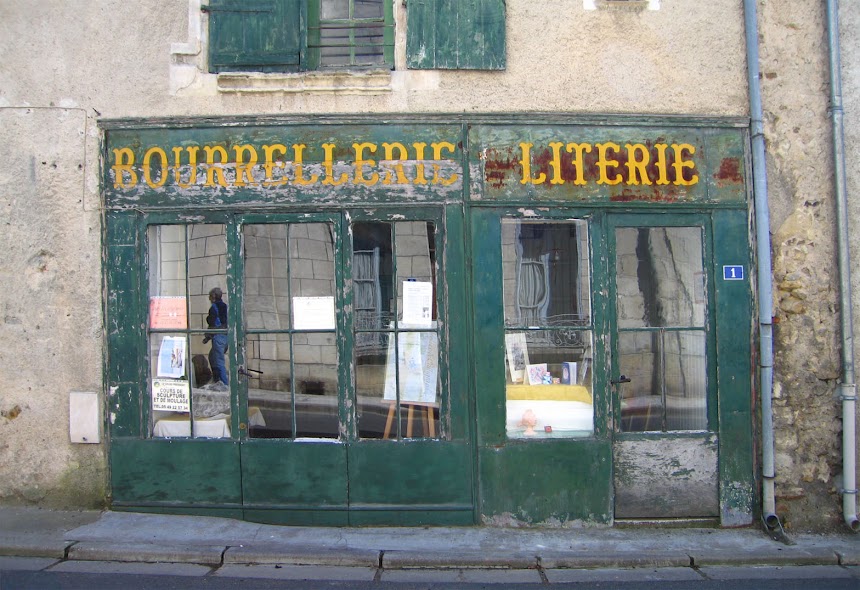 This old storefront is, or used to be, occupied by somebodywho made and/or sold saddles and bedding.

I knew the term literie, bedding, but not bourrellerie. A bourrelier (with one L) is a saddler or saddle-maker, I learned. Probably not much call for saddlery, locally, these days.
So the bourrelier makes and sells leather straps, saddles, and harnesses. I suppose those might be used in the construction of beds. The bourrellerie (with two L's) is the name of both the shop and the profession. This new knowledge of mine is bound to come in handy one day.
A literie is a shop where you can buy a bed (un lit) or its constituent parts. Literie is a technical term that means everything that goes into the fabrication or manufacture of a bed, including the frame.
And nowadays literie more commonly means what we call bedding — mattresses, pillows, sheets, etc. I don't know if there is a word for bedmaker in French. In fact, I had to look up bedmaker to see if the word really existed in English. It does. 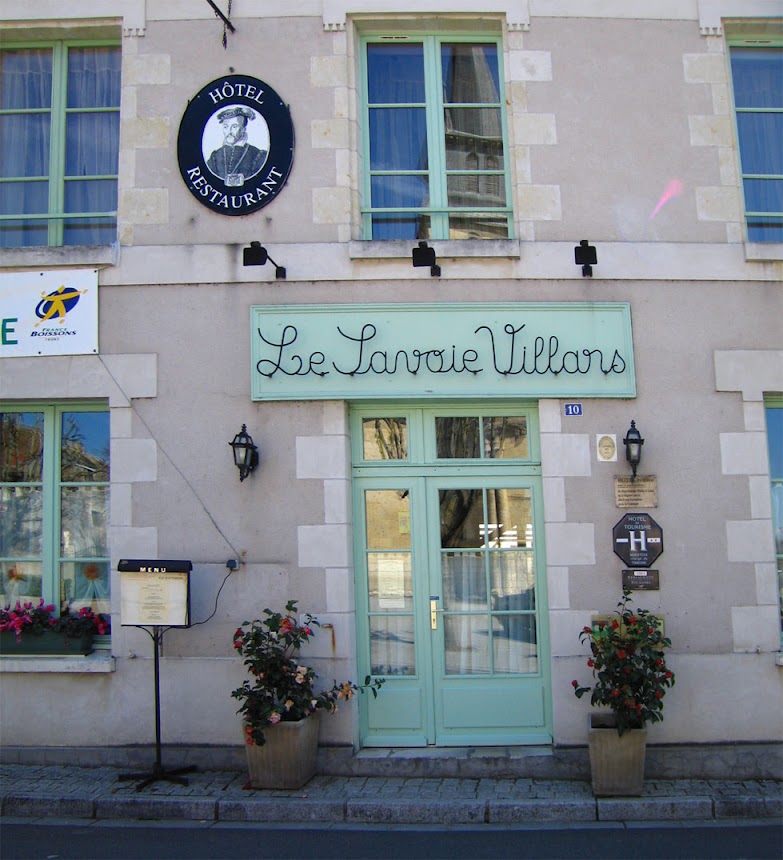 Why would the restaurant be named Savoie, which is in the Alps?

Here's the story. Louise de Savoie was the mother of king François Ier. He's the king who was behind the construction of so many châteaux in the Loire Valley, including Chambord, at the beginning of the French Renaissance. Louise's half-brother René de Savoie became owner of the château in Le Grand-Pressigny in 1523. His son was Honoré de Savoie-Villars — this important local figure's name is "immortalized" as the name of the town's hotel/restaurant.
La Savoie or Savoy is an old dukedom in the Alps spanning parts of modern France, Italy, and Switzerland. Here's what Wikipedia says about it. 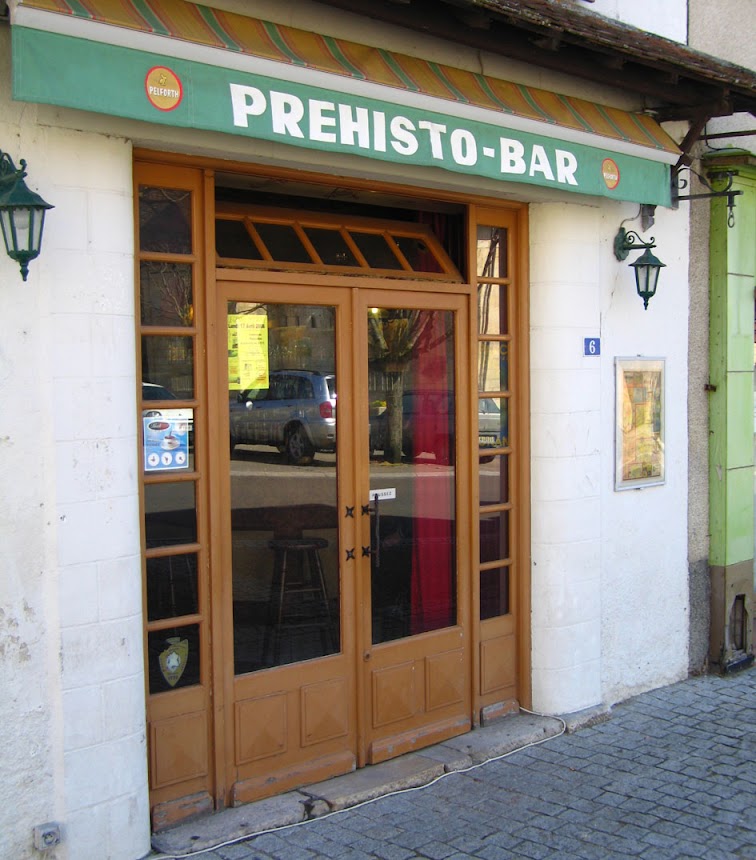 Somebody has a bon sens de l'humour...
This is an obvious reference to the Musée de (la) Préhistoire in Le Grand-Pressigny, up in the château. 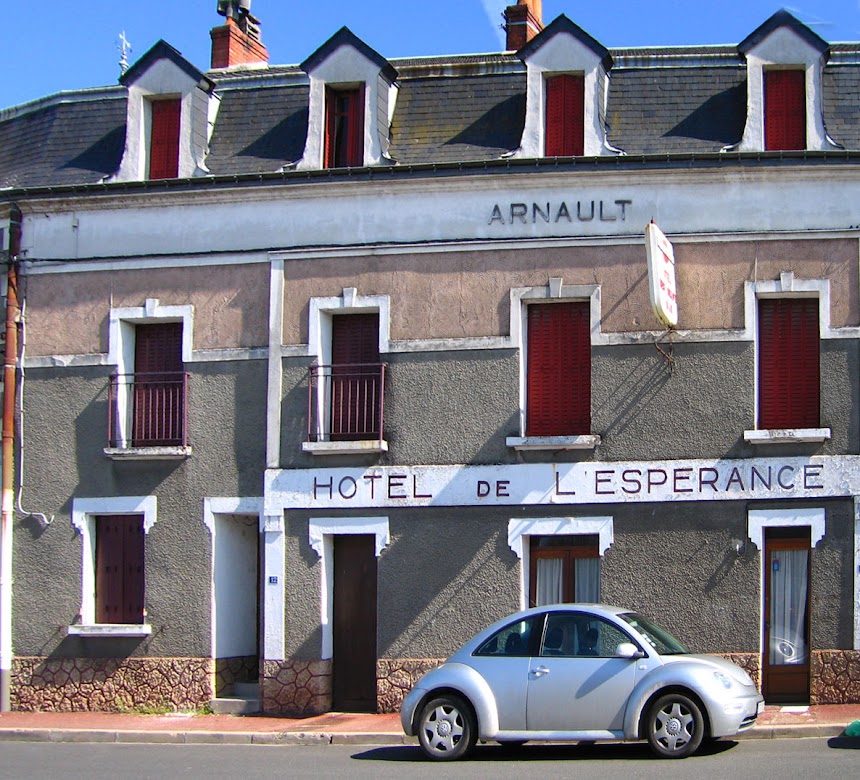 Finally, another hotel. The French word espérance describes a religious virtue, whereas the similar and more frequently encountered word espoir (hope) is much more prosaic. So there are two words for "hope" in French.