We went to the outdoor food market in Saint-Aignan on Saturday for the first time since late December. We had a lot of either very cold or very rainy Saturdays in January, so we did our grocery shopping at Intermarché or SuperU instead of outdoors. 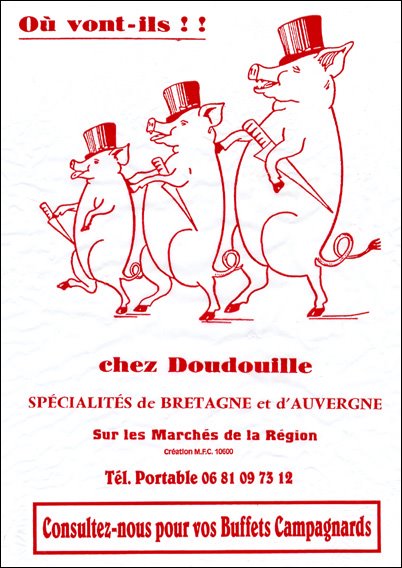 I stopped to talk to "Mme Doudouille" (my name for her — I don't know her real name) and buy a few things from her. Even though it is already February, I wanted to wish her a happy new year. The name Doudouille is pronounced [doo-DOO-yuh] with stress on that second syllable. Here's an old post with a lot of pictures of Mme Doudouille's market display.

So what did she tell me? She said, « Je voulais vous dire que bientôt je ne serai plus là le samedi matin. » Pretty soon I won't be coming here on Saturday mornings any more. My first thought was that she and her husband might be changing "shifts" — I know, for example, that he goes to the Friday market in Amboise to sell their products, and she does Saint-Aignan on Saturdays.

They live in or near Blois, she has told me, and they are present for markets in Blois several days out of the week. On Sundays, I believe, they are at the market in Meung-sur-Loire, between Blois and Orléans. 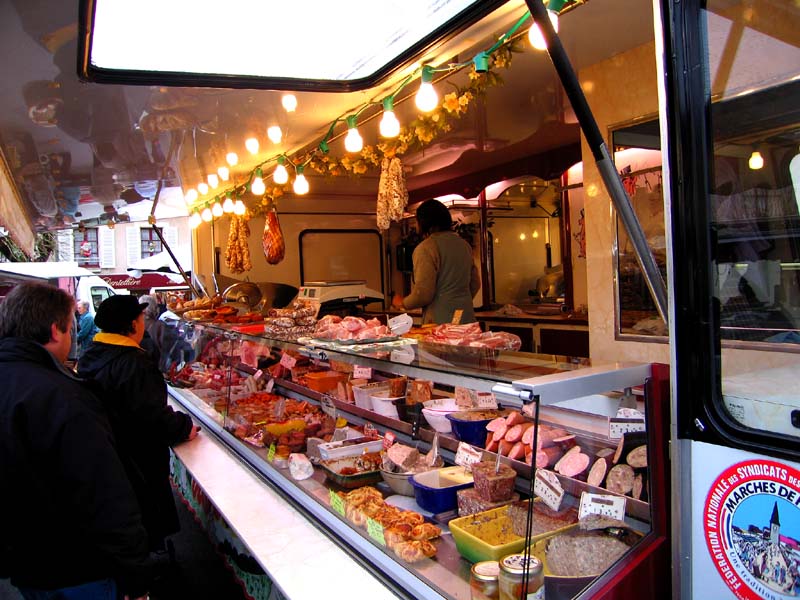 "Mme Doudouille" in her van/stand at the Saint-Aignan market
But no, she won't be working a different market on Saturdays, she said: « On déménage. On quitte la région. » They are moving to the area called the Auvergne. They will be about 75 miles south of the city called Clermont-Ferrand, and just a few miles north of the town called Aurillac. That's at least a four-hour drive from Saint-Aignan. 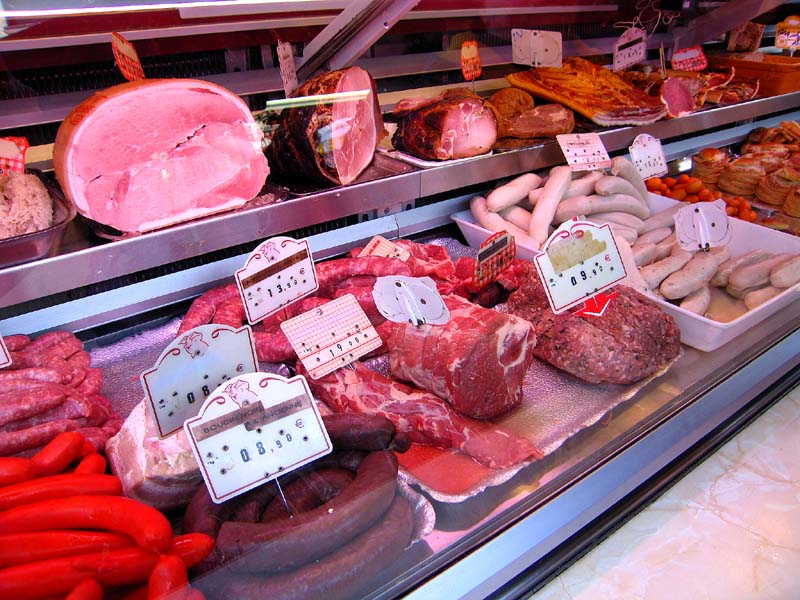 Just some of the great pork products sold by Doudouille
And they are in the process of buying a hôtel-restaurant down there. She gave me a brochure that shows pictures of the hotel. She said the sale is not absolutely final yet, but it seems it is going to happen.

I told her I was happy for them, but I was sad for us and for Saint-Aignan. I really enjoyed talking to her on Saturday mornings and eating the good sausages, pâtés, hams, slab bacon, half-salted pork, and rillons she sells. 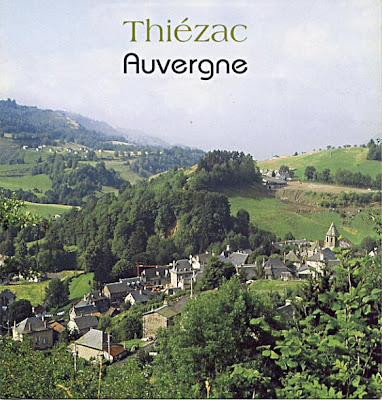 Thiézac is near Aurillac en Auvergne, and
the ski resort called Super Lioran is also nearby.
I guess I'll be getting better acquainted with the other charcutier who works the Saint-Aignan market. His name is Mr Hentry, and his stand (it's a truck, actually) is just a few steps from Doudouille's at the Saint-Aignan market on Saturdays. 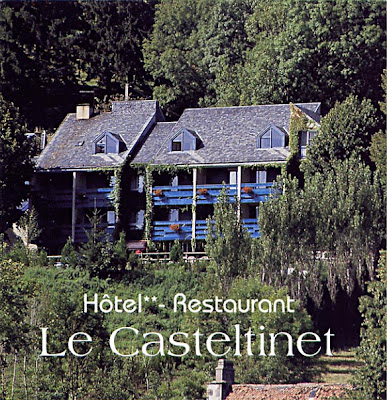 Here's the hôtel-restaurant, called Le Casteltinet.
And maybe Walt and I will take a trip down to the Aurillac area later this year or next. We now know some people who will be running a nice hotel down there. It's the part of Auvergne called Le Cantal, and they make a cheese there also called le cantal that is one of our favorites.
Posted by Ken Broadhurst at 08:13