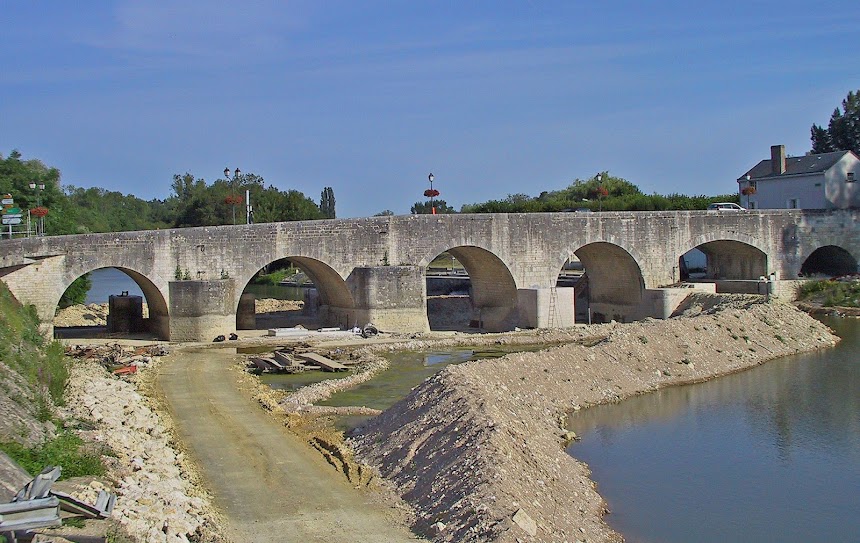 Here, above and below, are two pictures of the bridge in Saint-Aignan. I took the one above in June 2003 and the one below 13 years later — from approximately the same place, looking in the same direction. In 2003, the Cher was temporarily dammed because work was being done under the bridge. In 2016, we were experiencing the highest water levels in the Cher in about 20 years. 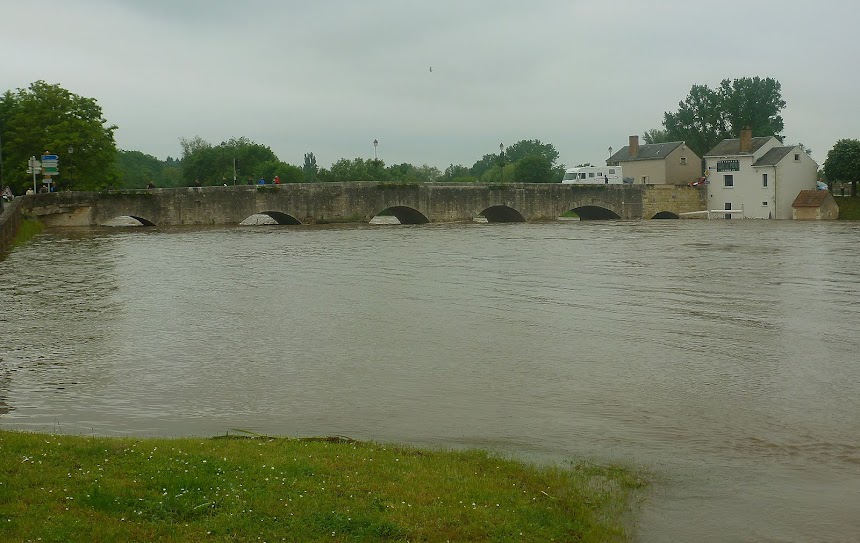 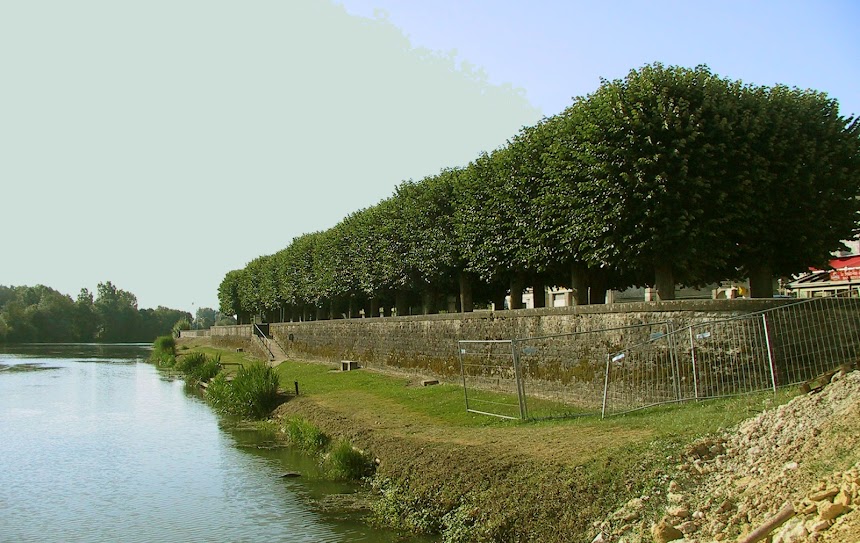 Above, the river walk on the left bank of the Cher at Saint-Aignan in June 2003,
and below, a longer view of it in June 2016 when the water was so high 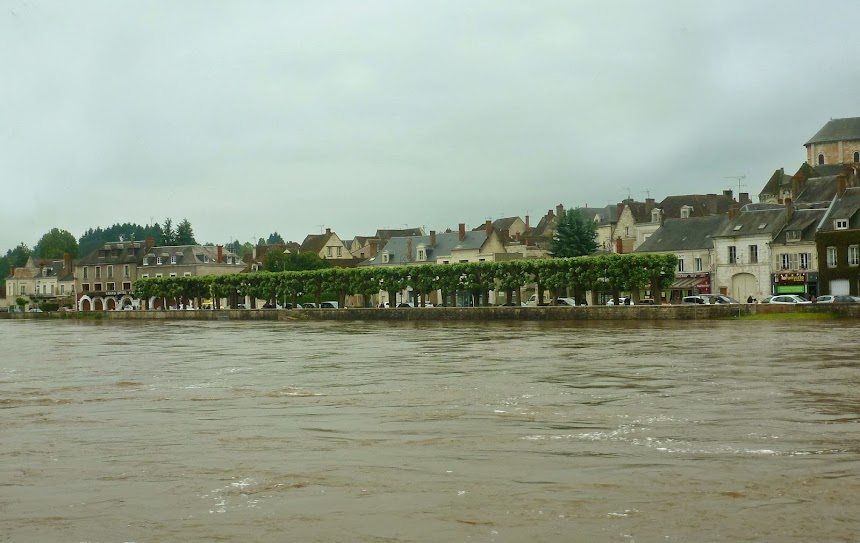