Photos from the top of the bridge

In 2010 I was in Morehead and I decided to walk out on the "beach bridge" to its highest point. I wanted to take some pictures from up there. This bridge was built in 1987, replacing a drawbridge that had been built in 1953. The first bridge across Bogue Sound had been built in the 1920s. Before that, people went by boat, or waded, or swam across the sound to get to the oceanfront beaches. I remember my grandmother Daisy telling me about going to the beach by sailboat when she was young. 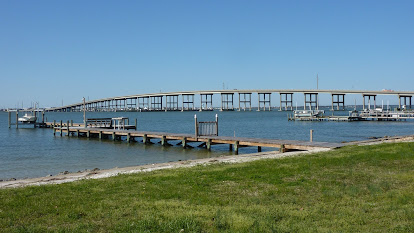 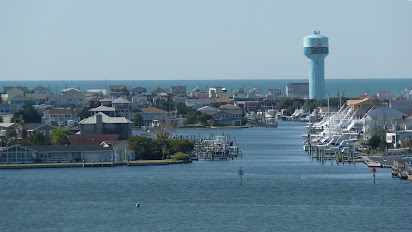 The high-rise "beach bridge" (left) lets boats pass underneath without hindering car traffic.
The town on the south side of the bridge is called Atlantic Beach (right).
The barrier island is very narrow — that's the ocean on the horizon. 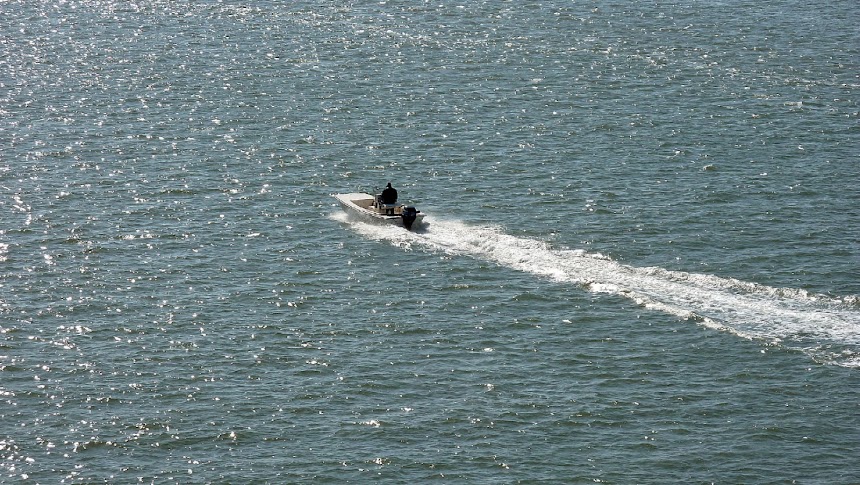 There's a lot more water than land in Carteret County NC, where Morehead City (pop. 10,000) is the biggest town. 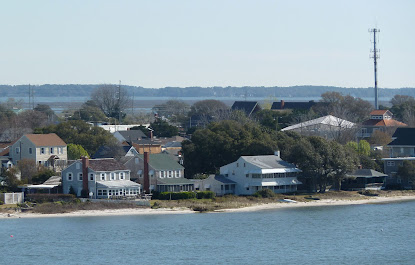 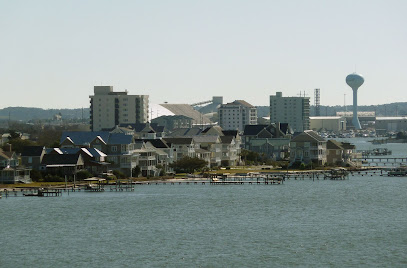 Here are two views of Morehead from the top of the bridge. For many decades now, bigger and bigger houses have been built on the shores of Bogue Sound. In the 19th and early 20th centuries, people didn't want to live on the shore. It was too windy, and the danger of wind and water damage during hurricanes was too great. The photo on the right shows the downtown and the town's waterfront. The state port is beyond the waterfront. The tower with the bulbous top is a water tower (un château d'eau in French).
Posted by Ken Broadhurst at 06:57