March weather, a couple of days before my birthday. When I was in college, over the summers before and after my first trip to France, I worked selling bait and tackle and then flipping burgers and making egg sandwiches for tourists and fisherman on a pier like this. I especially liked working the night shift, from 8 p.m. to 5 a.m. because the sunsets were often really beautiful. On the day in 2002 when I took these two photos, the beauty was much rougher and wetter, with storm clouds rolling in. Storms often treated these structures badly. There used to be three or four of them at the eastern end of Bogue Banks, but now only one remains. 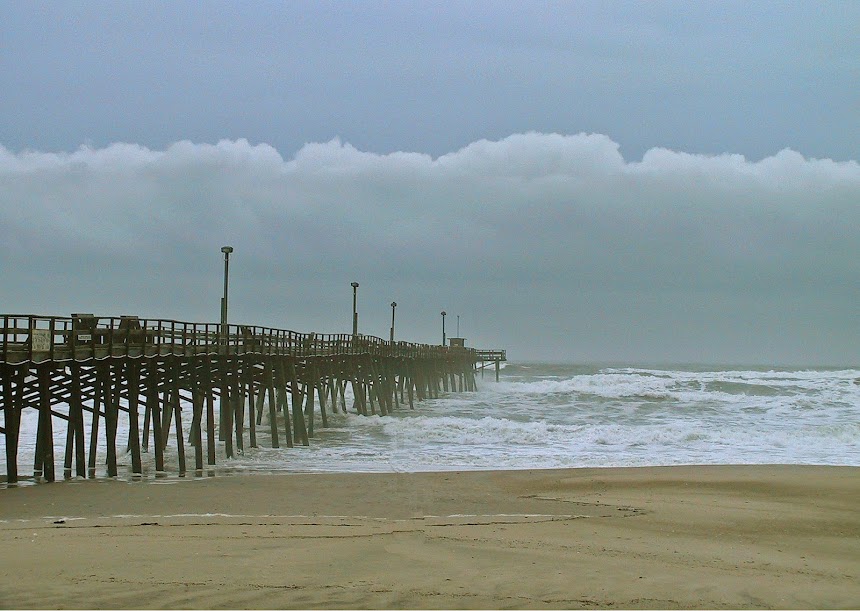 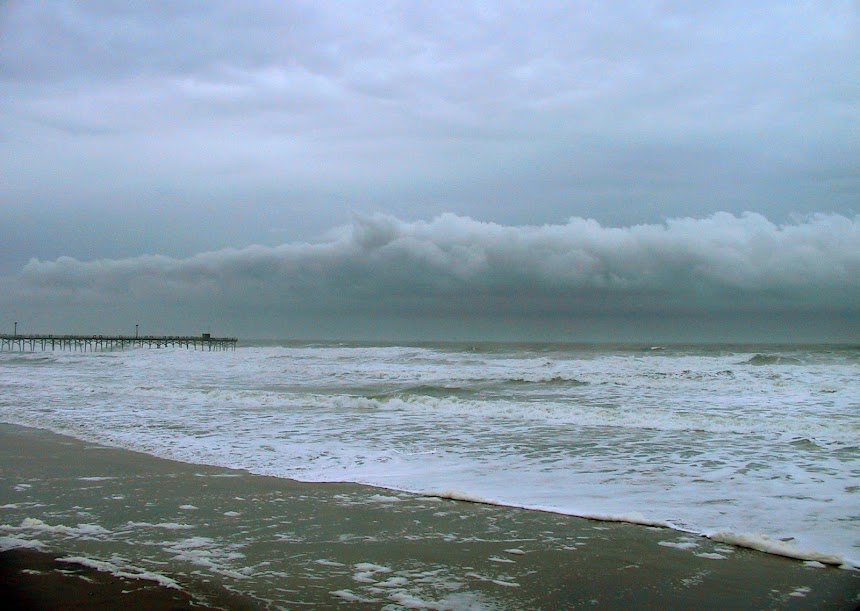