The North Carolina coast, on the Atlantic Ocean, is more than 300 miles (500 km) long. Carteret County and Morehead City are about halfway from NC's border with Virginia to the north and South Carolina to the south. They are also about the same distance from the capital of NC, Raleigh. I was born in Morehead City and lived there for the first 20 years of my life. I traveled to France for the first time when I was 20 years old, and I've never stopped traveling back and forth between Europe and North America since then. These are photos of NC beaches that I took in March 2010. 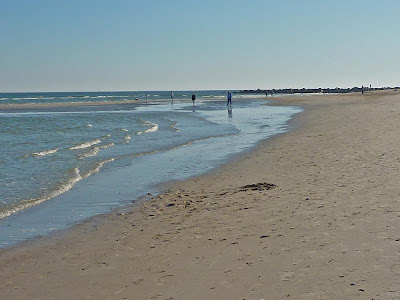 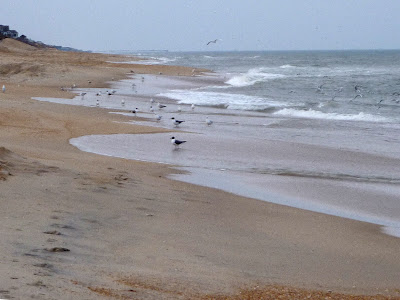 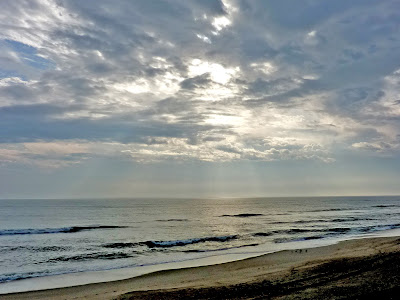 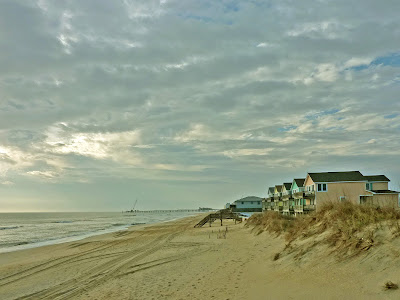 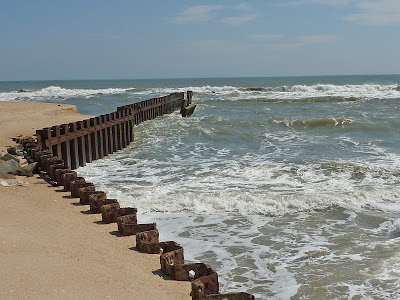 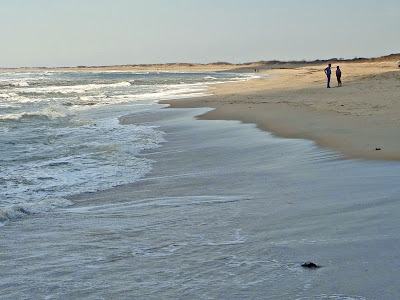 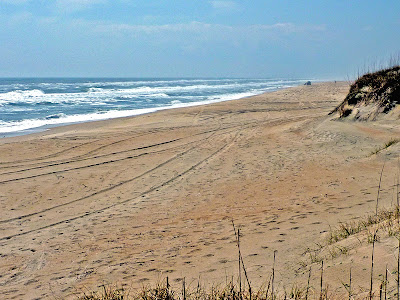 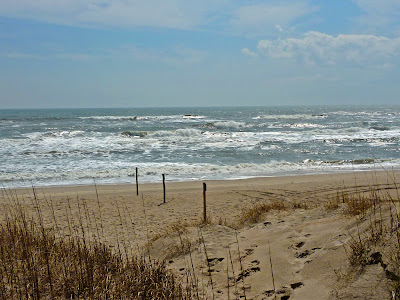 I'm now spending the last 20 years of my life, and hopefully longer, in Saint-Aignan, Loire Valley, France. Morehead City is about 4,000 miles (6,500 km) southwest of Saiint-Aignan, on the other side of the Atlantic Ocean. Morehead City, in fact, is farther south by two degrees of lattitude than the southernmost point of land in Europe, which is at Punta de Terifa at the southern tip of Spain. That means it's nearly 150 miles (more than 225 km) farther south than any place in Europe.