There's a lot more water than land in Carteret County, North Carolina, where the biggest town is Morehead City (pop. approx. 10,000 nowadays, on 7.35 sq. mi. of land). The town was founded in the 1850s for its potential as a new deep-water port for the state of North Carolina. A railroad was built from the state capital, Raleigh, 150 miles distant, to carry goods arriving by boat or ship at the port onward to inland destinations. Even now, the closest interstate highway, I-95, is 100 miles west of Morehead — it's isolated. The town was named for a 19th-century governor of NC whose name was John Motley Morehead and who was instrumental in the town's founding. 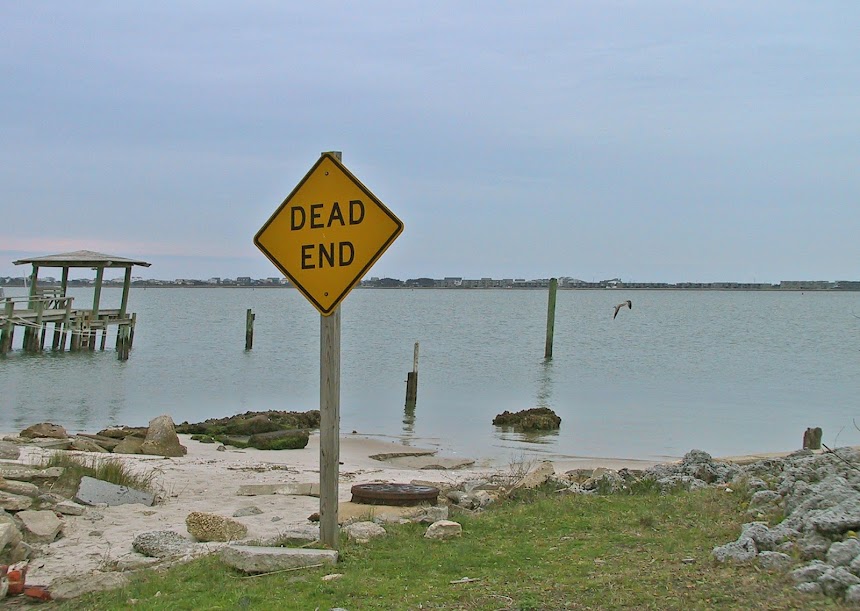 For generations, the road from Raleigh, NC's capital city, passing through New Bern, its British Colonial era capital, ended at Morehead. In many ways, it still does. The sailing port of Beaufort, just 3 miles east of Morehead, was founded in about 1710. But the bridges linking Morehead and Beaufort were built only in the 1920s. Before that, you had to take a boat. Most of the people who settled here had come from the British Isles by way of Boston, Massachusetts. They were fishermen and whalers and their families. 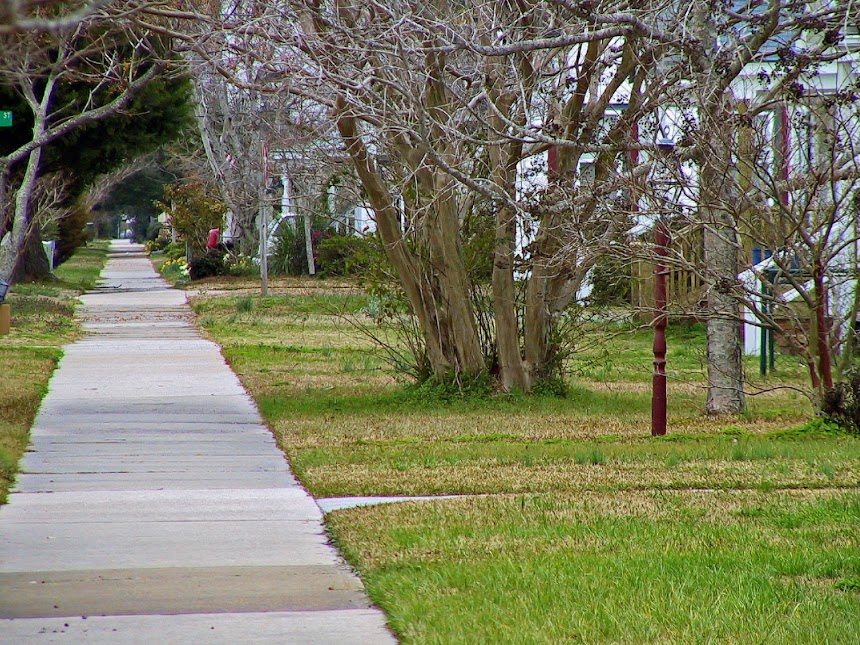 Both of my grandmothers (Mary Daniels Willis and Flora Bell Gaskins) were Morehead natives. The Willis and Gaskins families had been in Carteret Country for generations, maybe centuries, but both of my grandfathers were from farther inland. They came to Morehead in the 1920s. One, Joseph Allen Miller, came from 300 miles west in South Carolina, near Charlotte, NC, to work as part of the crews laying sidewalks in Morehead. He was in his 20s then, and he died in 1939. The other, Charles Toy Broadhurst, came from 75 miles west, also when he was in his 20s, and worked as a house painter in Morehead for decades. He died in 1969. My grandmothers outlived them — one ("Mary D.") passed in 1949, and the other (Flora Bell, known as "Daisy") in 1977. Grandmama Daisy and Mr. Charlie lived just three blocks from us when I was growing up, and even as a young boy I could safely walk to their house all by myself. 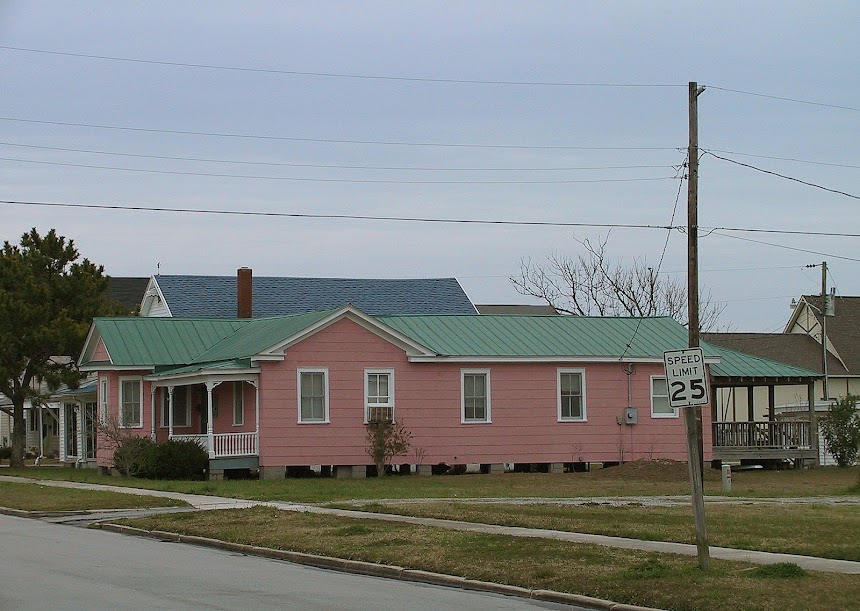 People in the old neighborhoods of Morehead, Conch's Point north of the railroad tracks and the Promise Land south of the tracks, lived in houses like the one above (which was obviously enlarged at some point). They were mostly built on low pilings so that floodwaters could flow freely under them when there were heavy rains, as when hurricanes or the storms called nor'easters blew through. The highest point of land in Morehead is 16 feet above sea level, and most of it is much lower than that. According to Google Earth, the house where I grew up sits on a plot of land that is only 10 feet above sea level and just a quarter of a mile from ocean waters. It's strange to think about what is going to happen to Morehead City and Carteret County over the next few decades, with climate change that is bringing extreme rough weather and rising tides. The area may well be swallowed up by the Atlantic Ocean. 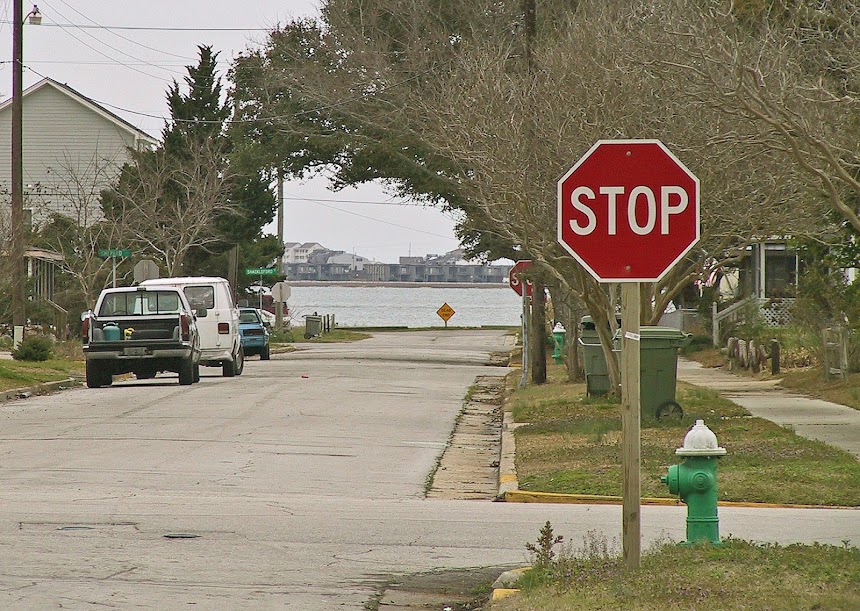 I left Morehead to go to college in 1967, when I was 18 years old, and then I left North Carolina in 1971. I never lived there again, but I visited often, driving down there when I lived in Illinois and later in Washington DC, and flying in when I was living in California and, as now, in France. I'm feeling like I need to go there at least one more time before my traveling days are really and truly behind me. People have written songs about leaving their heart in San Francisco, but not me. I think I left mine in Morehead. Oh, and in France too.
Posted by Ken Broadhurst at 06:59