When I was growing up on the N.C. coast in the 1950s and '60s, there were no pelicans to see there.
The pesticide called DDT was the reason. After DDT was banned in the U.S. in the early 1970s,
pelicans made a comeback, as did bald eagles and peregrine falcons, among other birds. 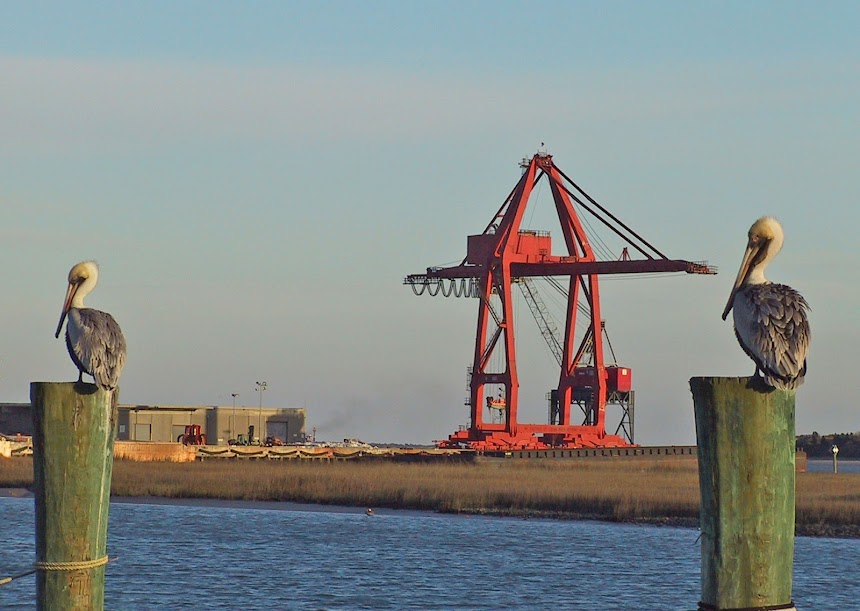 Two pelicans and a crane 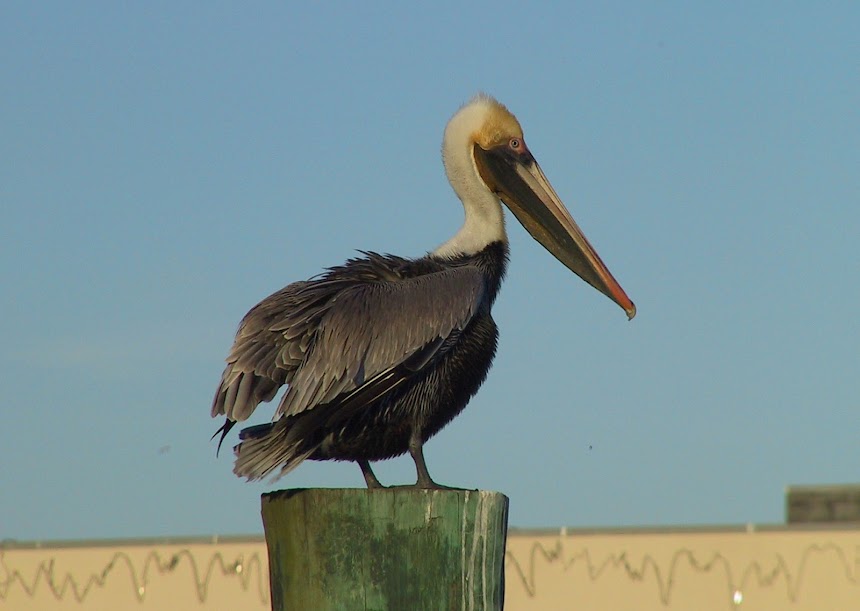 A pelican close up 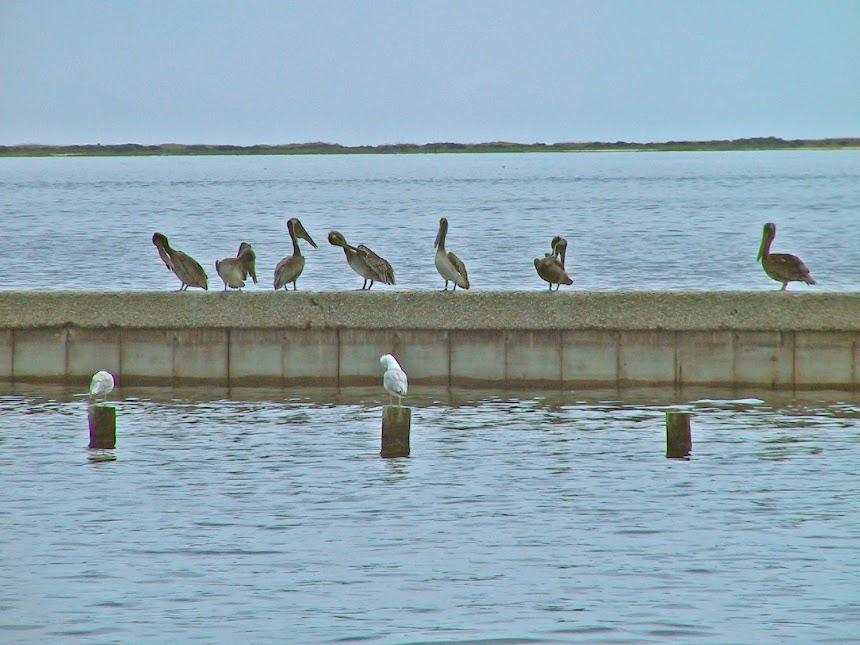 Pelicans on a wall, grooming 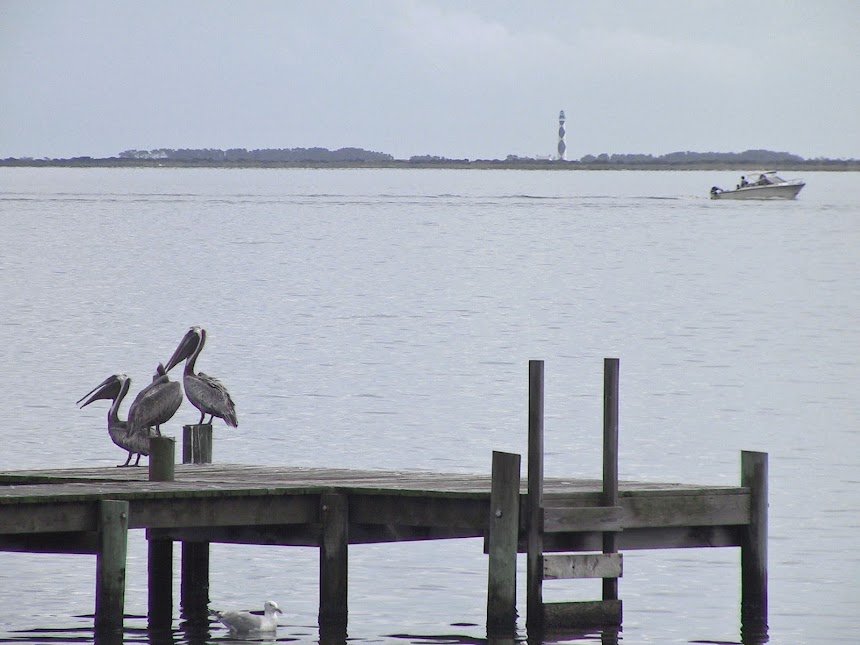 Pelicans with Cape Lookout lighthouse in the background
Posted by Ken Broadhurst at 06:33