Of paella and shrimp 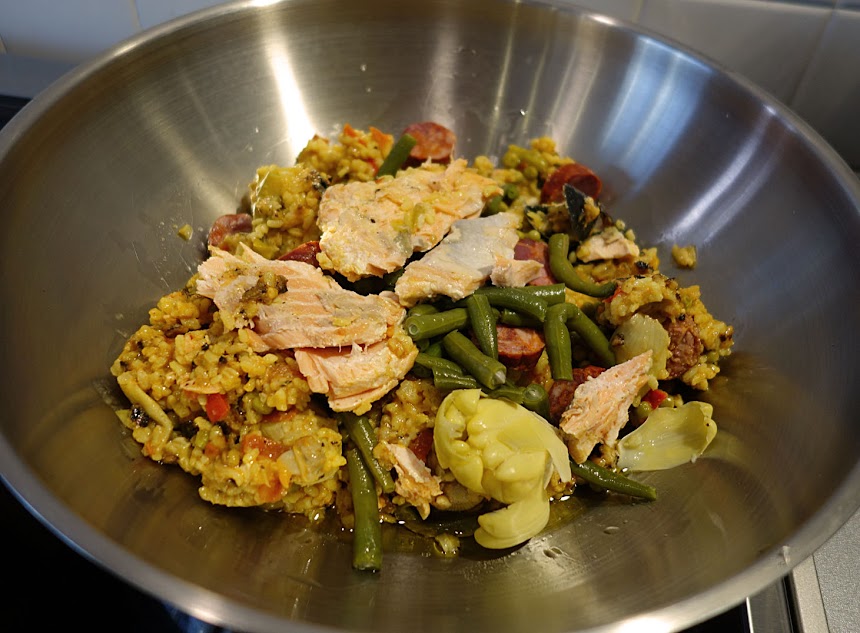 Yesterday we had the leftovers of our New Year's Eve seafood paella for lunch. There was fish left along with some mussels, cockles, and shrimp. I added the green beans that I forgot two days earlier, plus some more green peas and some spicy chorizo sausage. Heated up on top of the stove on an induction burner set to low temperature for a couple of hours,
it was almost as good the second time as the first. One thing I like about the induction cooktop is that you can set
the temperature so low that you don't have to worry about over-cooking foods like rice. 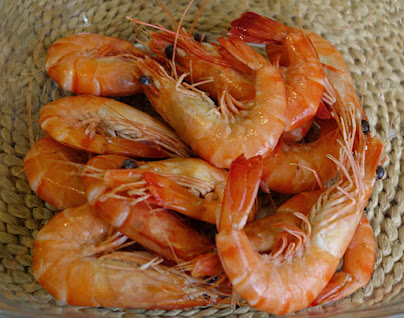 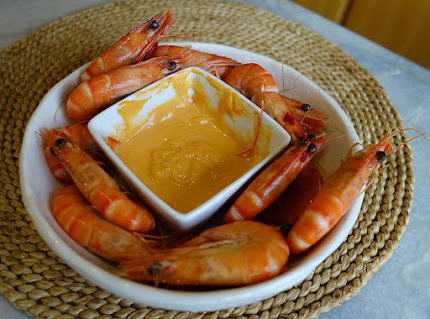 In France, shrimp are sold cooked, with their head still on. For somebody who grew up in coastal North Carolina, that's
hard to get used too. About the only thing I know to do with the heads, besides just dicarding them, is to make broth. Heading the shrimp at the table when you eat them is kind of awkward, but that's what people do. Yesterday
we had these as an appetizer with a sriracha mayonnaise dip. They were good. Pass the finger bowls, please. 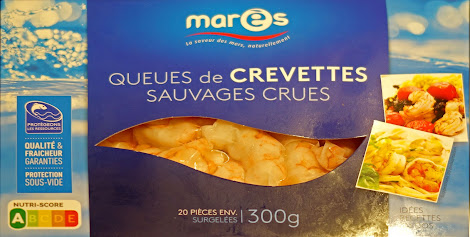 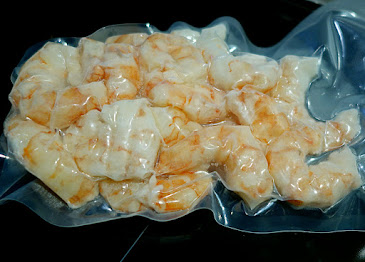 Twice in the past week, in our two local supermarkets, I've found frozen queues de crevettes décortiquées — raw shrimp that are headed, peeled, and deveined. I like them that way. Often, even frozen, cleaned shrimp are pre-cooked here in France. I'd rather cook them myself. A few days ago, on an impulse, I bought a fresh pineapple. I thought about making
a pineapple pound cake, but then in our recipe database I found a better idea: a Thai curry made with
shrimp, pineapple, and coconut milk. That'll be lunch today with the shrimp. 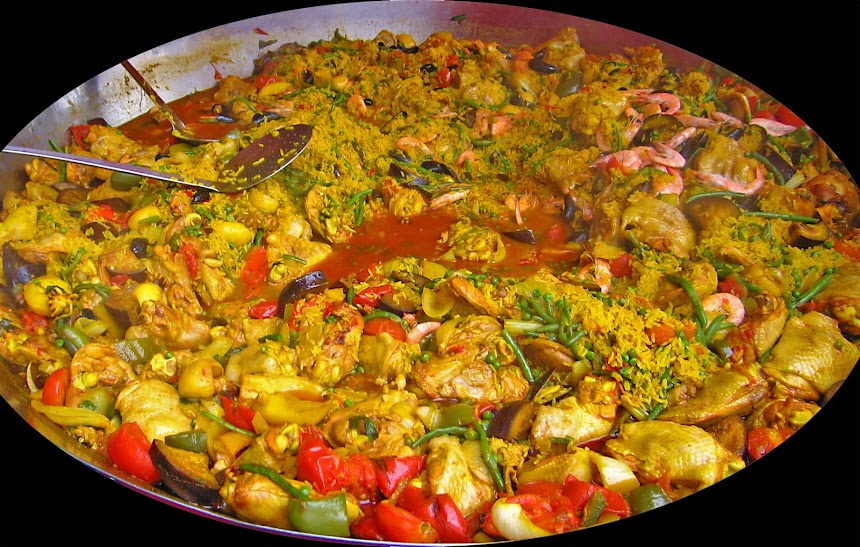 I stumbled upon this photo in my archives the other day and want to post it. It's a gigantic pan of paella that was being sold at the outdoor market in Amboise one Sunday morning in 2006. I imagine a lot of people enjoyed seafood paella
as their Sunday dinner that day.