Before the town of Luynes was given that name in the 17th century, it was known as Maillé. The founder of the place was a Gallo-Roman figure named Malliacum. By the Middle Ages the name of his descendants and the town had evolved phonetically to become Maillé. Luynes is a village in Provence, and the man who would become the duke of Luynes came from there. He was a childhood friend of the French king Louis XIII, who reigned from 1610 until 1643, with his mother Marie de Médecis as regent early on. King Louis and the duke — he was made a duke and a peer of the realm by Louis in 1619 — were said to be hunting and falconry buddies. Luynes became the king's most powerful minister; his successor would be Richelieu. 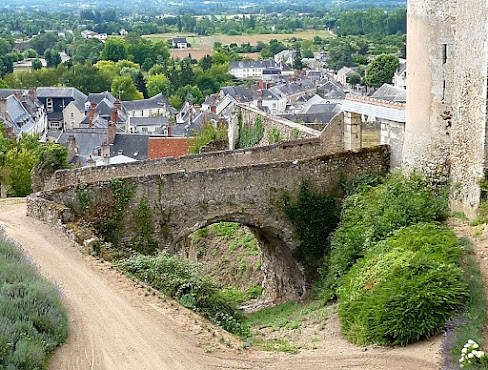 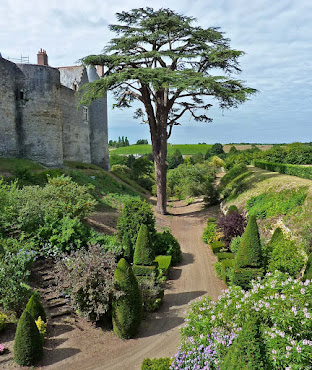 The Château de Luynes stands atop a rock spur, with the town below. The imposing towers date back to the 13th century.
Nowadays, the dry moat around the château has been turned into a garden. 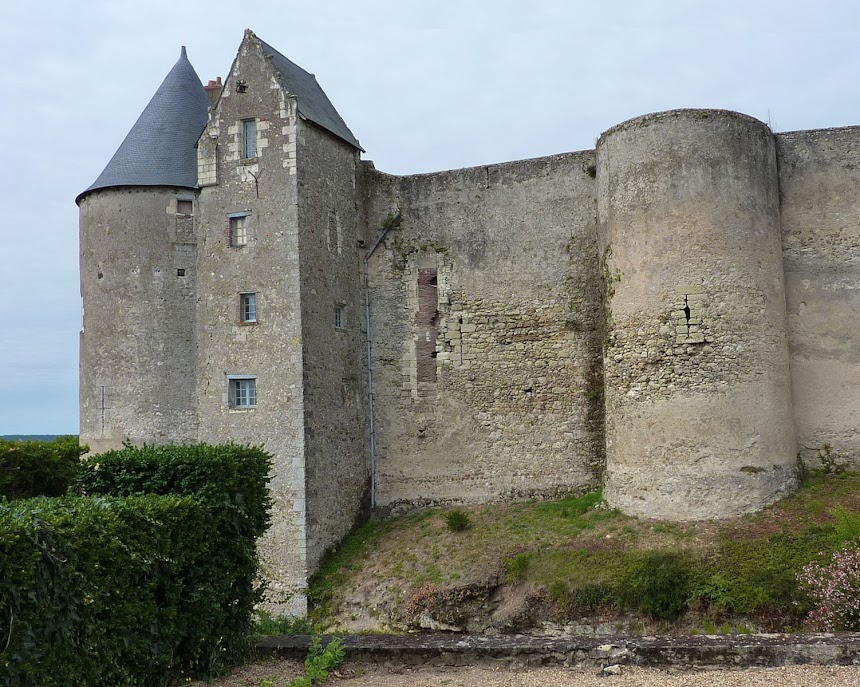 In the 15th cerntury, when the forbidding medieval fortress was still owned by the Maillé family, window openings
were cut in the tower walls. Windows brought a lot more light into the austere gray buildings. 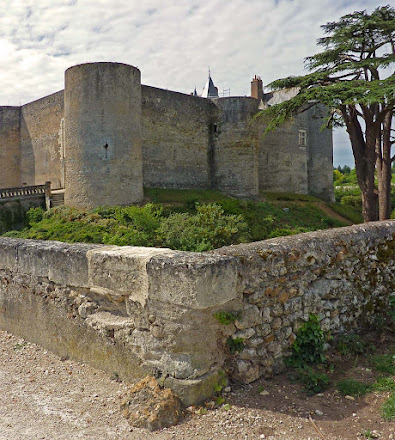 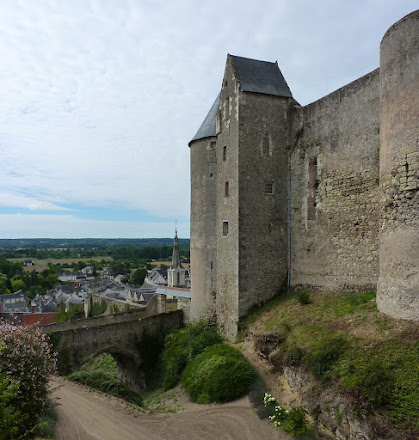 The Château de Luynes is still owned and occupied by the descendants of the first duke of Luynes.
It was only opened to the public in the 1990s.