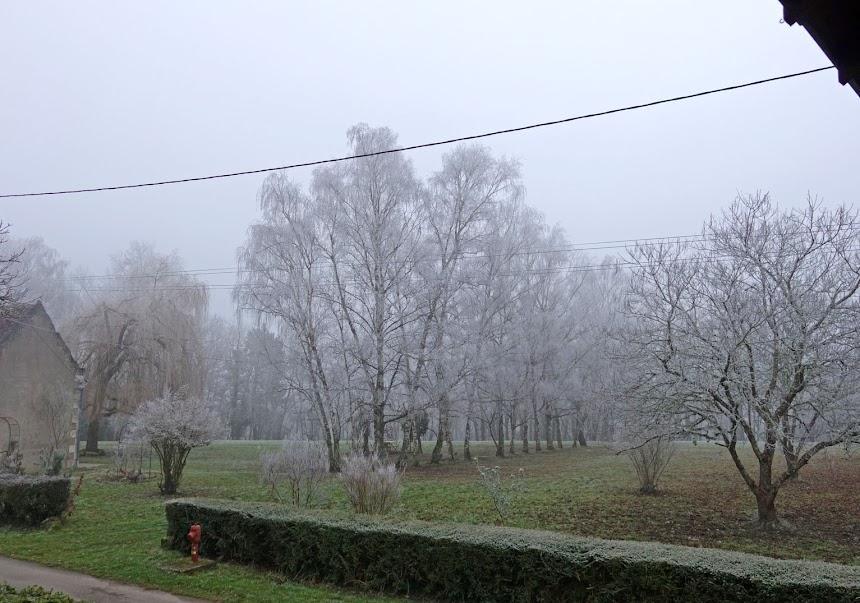 The temperature stayed below zero all day yesterday, and it's still below zero right now. Zero in degrees Celsius, I mean. That's 32ºF. The fog was dense, and it was freezing on the trees and on other surfaces. Walt wanted to go to the market,
and even though the car was parked under the carport out front, it was iced over. I mean clear, smooth ice, not frost.
The frozen fog was hard to scrape off, so he just warmed up the car, turned on the front and rear defrosters,
and waited for it to melt. The trees above and below are across the street, in our neighbors' yard. 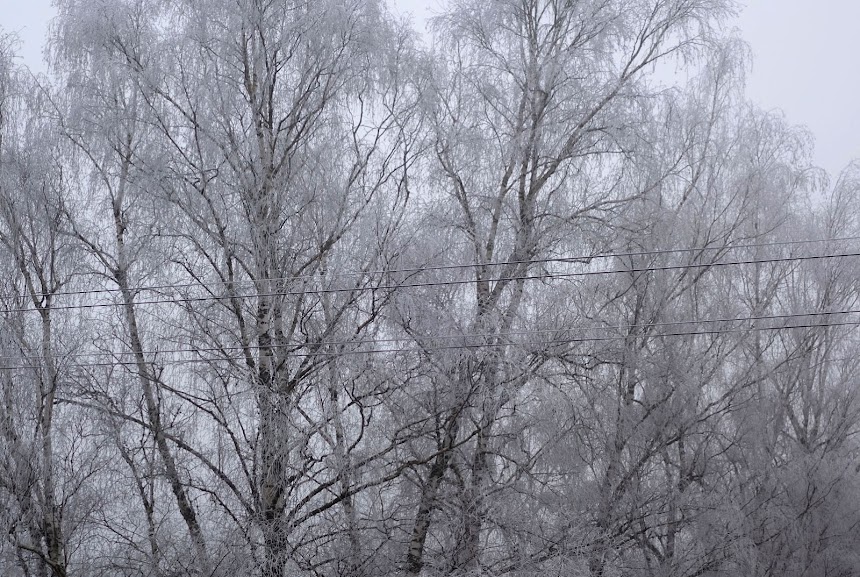 I've posted about freezing fog several times over the years. Click here to scroll through those posts and view photos, including this one from 2017. 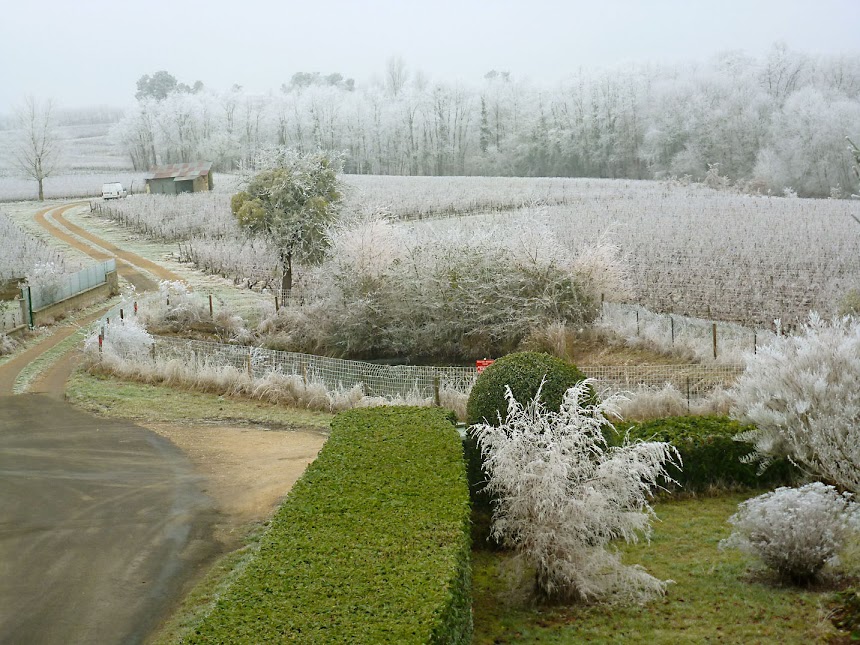 The frozen fog looks like snow, but it's less damaging to trees and causes less inconvenience for humans. It can be beautiful, especially if the sun comes out while everything is still frozen.
Posted by Ken Broadhurst at 05:30