This morning, I'm back to normal. The Moderna side effects are gone for good, I hope.
And now Walt has an appointment next Thursday to get his booster shot. 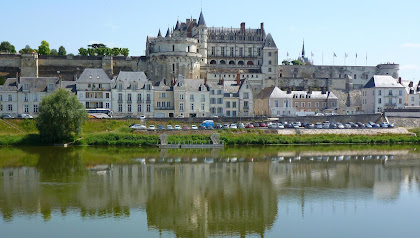 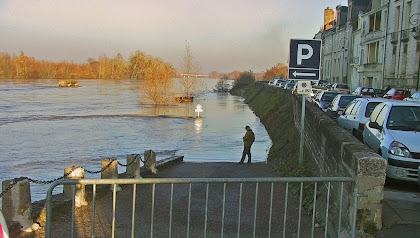 As you can see, there's a strip of land along the banks of the Loire river in Amboise, just below the château, that is used
as a parking lot. But when the river is rising (photo on the right), it wouldn't be wise to leave your vehicle down there. 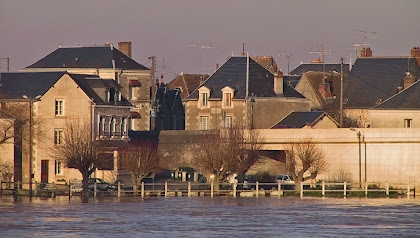 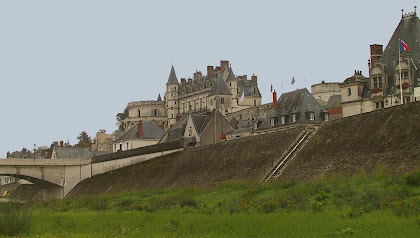 I think the photo just above on the left gives you a good feeling for how high the water had risen in early December 2003.
In the photo on the right, you can see the stairs that are built into the wall that protects the town from flooding
so that when the water is at normal levels people can climb down to the grassy river banks. 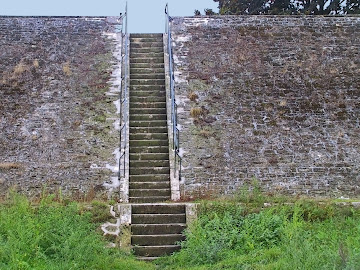 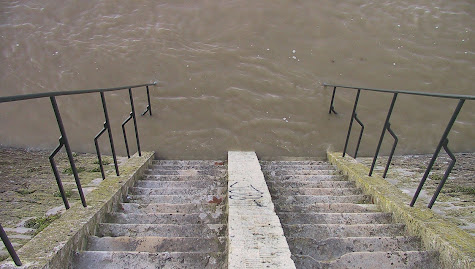 On the left, here's an October 2004 close-up photo of one set of those steps down to river level.
On the right, the photo shows what such steps looked like from above in December 2003.