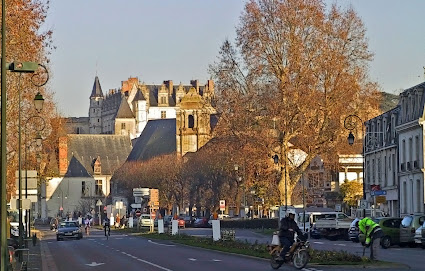 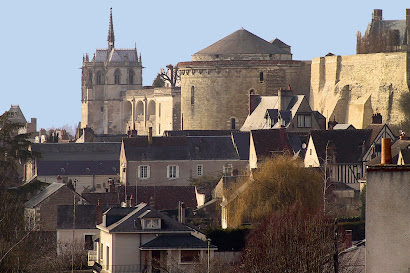 Leonardo da Vinci (b.1452-d.1519) spent the last few years of his life in Amboise and died there
during the reign of the French king François 1er. 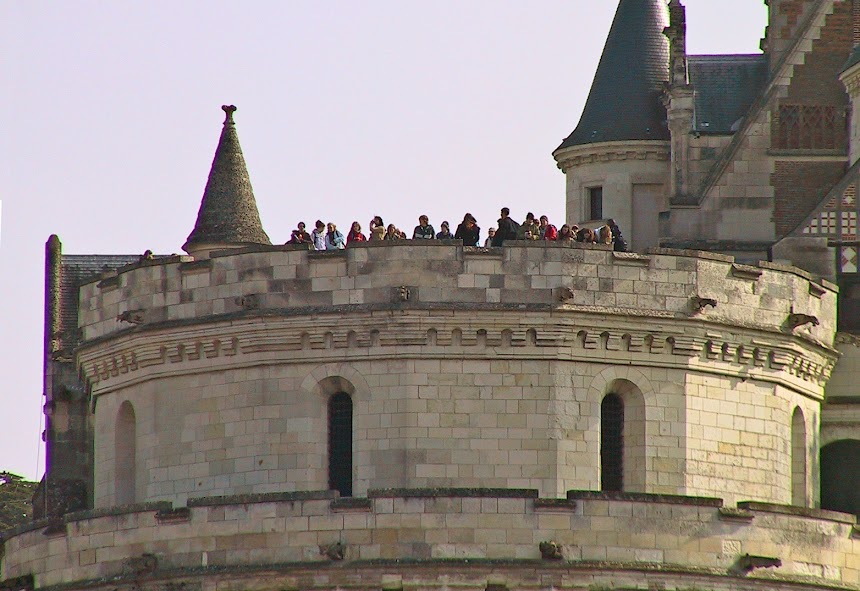 People gathered at the top of the Tour des Minimes to take in the views of the town and the Loire river —
the tower is a spiral carriageway designed to allow people on horseback or in horse-drawn carriages
to ride up to the top of the hill the château stands on. 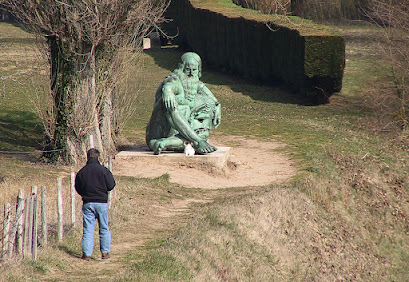 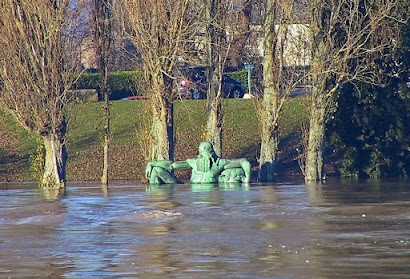