I'm having a hard time leaving Amboise, but it's time to move on. I didn't realize I had so many photos of the town. Continuing about 40 minutes down the Loire from Amboise, passing through the city of Tours, you arrive at the town of Luynes (pop. 5,000). It's not as well known as upriver Touraine towns like Amboise and Vouvray, or towns downriver like Langeais and Bourgueil. It's actually only four miles from Villandry and its gardens, but there's no bridge over the Loire that links them directly, so it's a 20-minute drive. 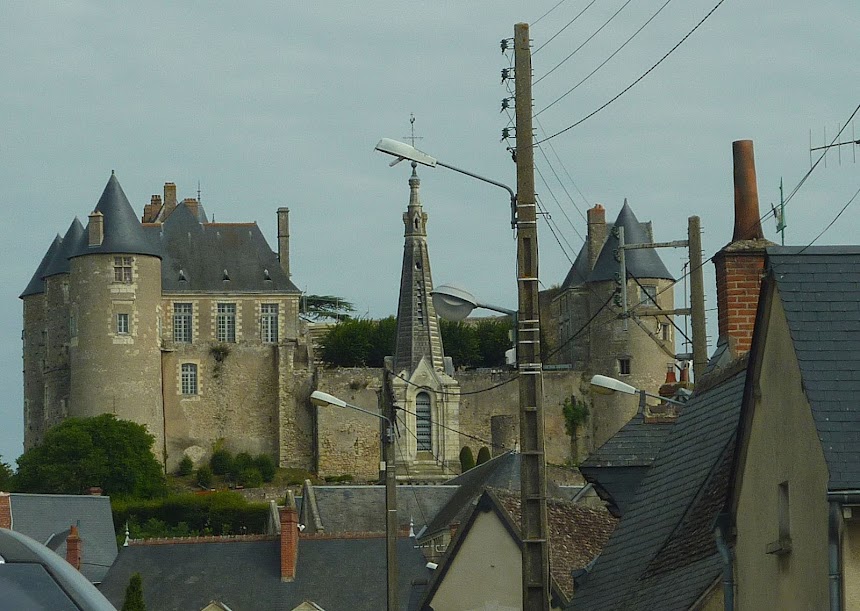 I took these photos nearly 12 years ago, on a mostly sunny July day. 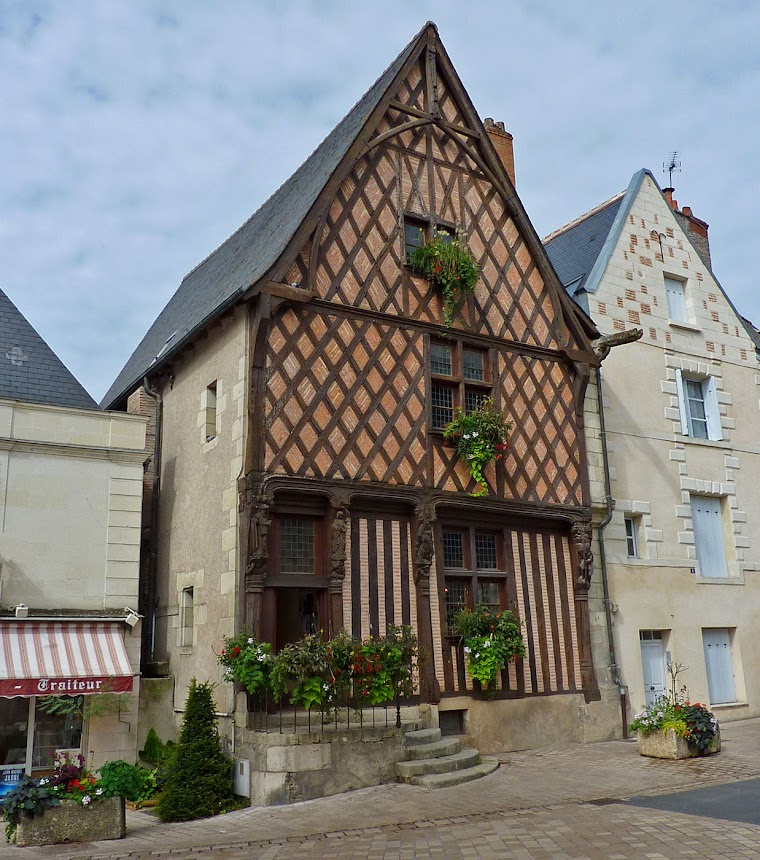 This is a particularly nice old house — probably 15th century — in the center of Luynes. 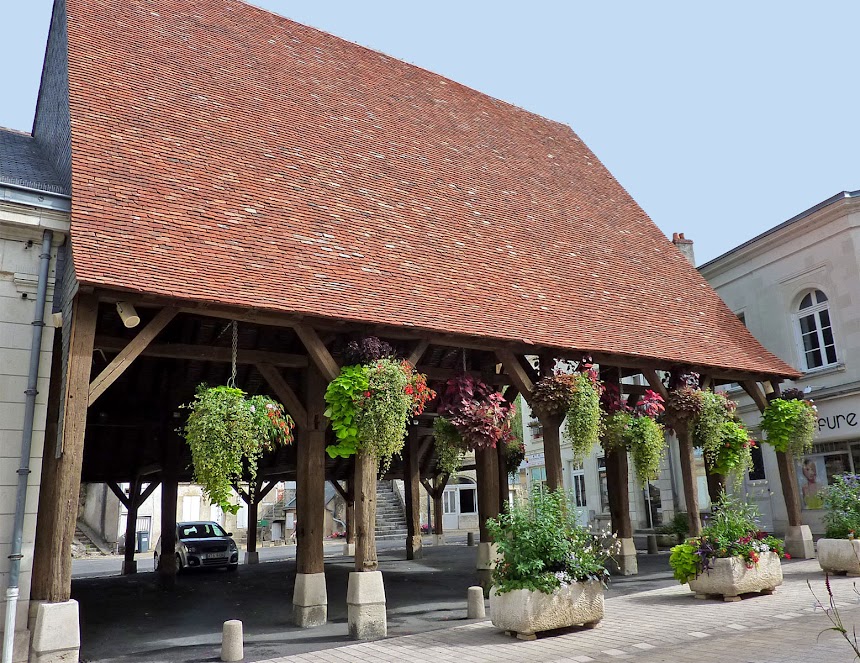 Just down the street from the house above is the town's 15th-century covered market hall. 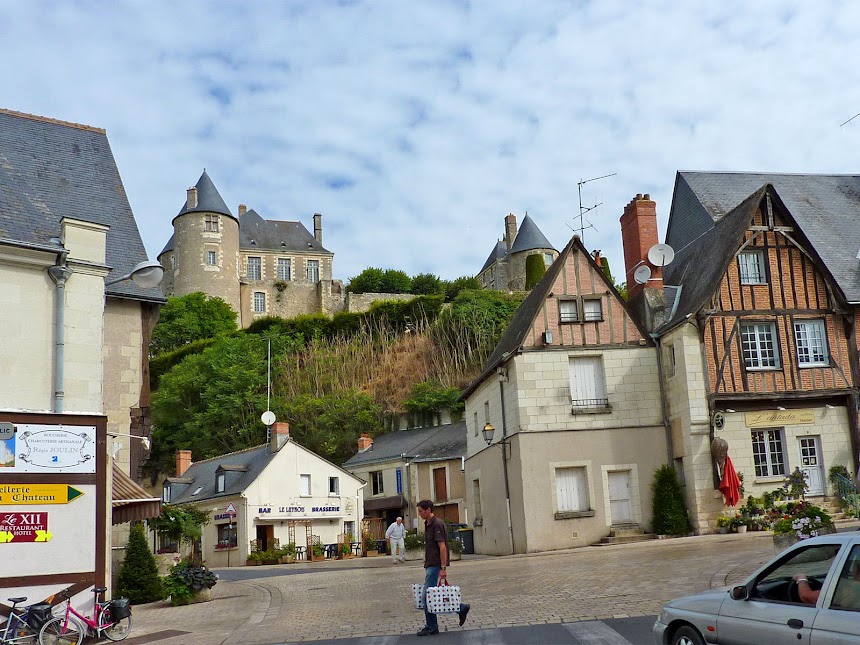 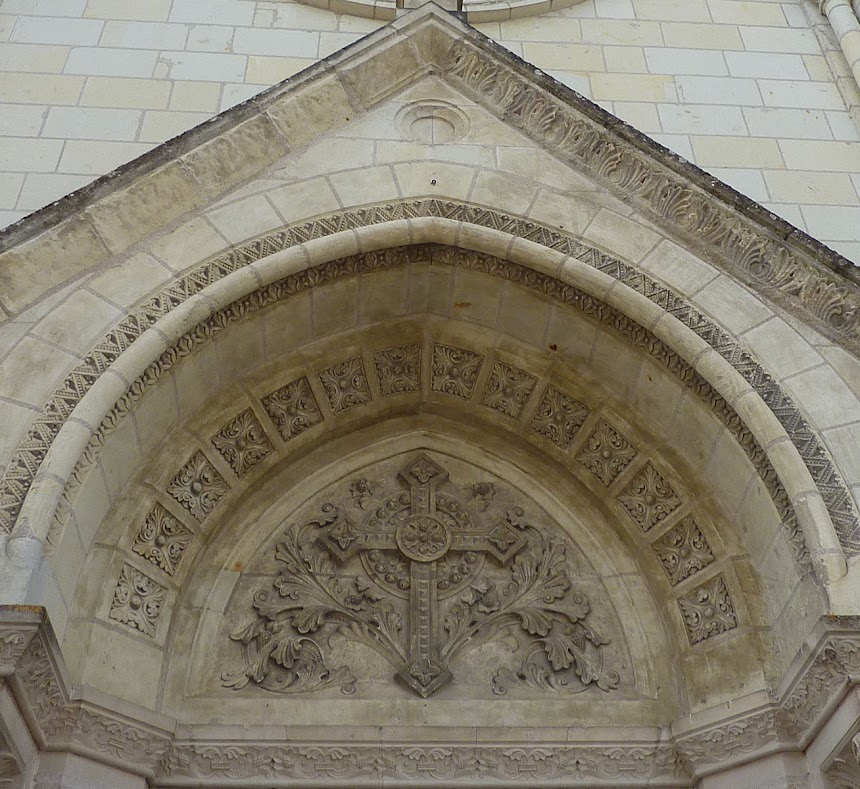 Finally for today, a detail of the façade of the town's church, which is dedicated to sainte Geneviève
Posted by Ken Broadhurst at 06:35