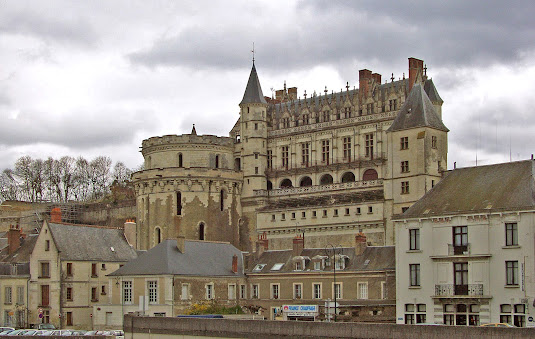 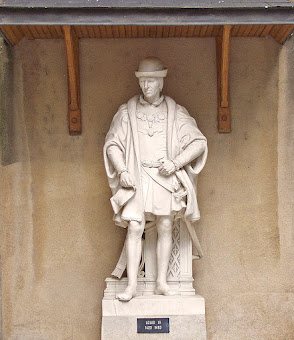 Above left: the Château d'Amboise on a March afternoon in 2004, in sepia tones under a threatening sky
Above right: Louis XI (1423-83) was one of the last French kings to hold court in Amboise,
before Louis XII moved the court to Blois in 1498.

Above, a composite image made up of three separate photos taken that same March afternoon
(enlarge it by touching it, tapping it, or clicking on it) 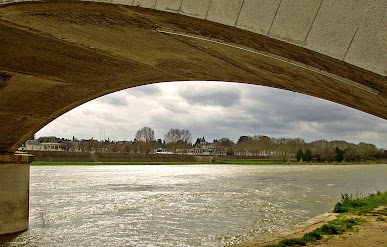 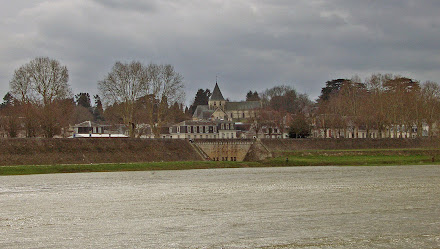