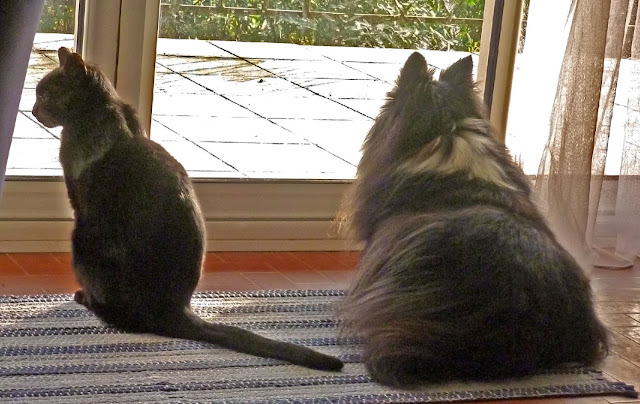 So Tasha will have knee surgery next Wednesday over in Tours (Saint-Avertin, actually). She suffered the torn knee ligament at about 5 p.m. on Wednesday.

We saw a new vet. He joined the staff just a few months ago. He's Dutch but lived for many years, he told me, in South Africa. Even though his French is good, he said he's pretty exhausted after speaking French all day at work. At the beginning of the consultation I mentioned that I am American, and English just burst forth. 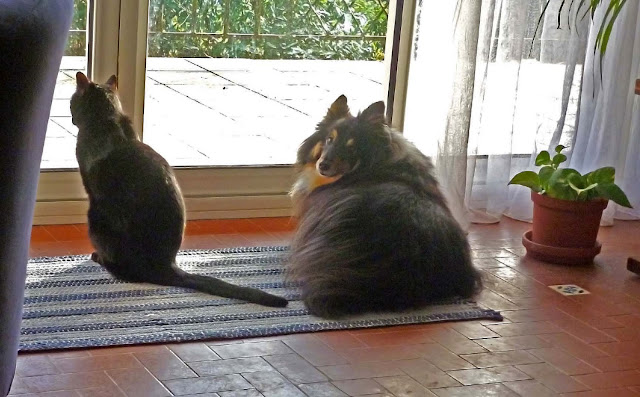 From that point on, we spoke English together.

I'll get a fuller idea about what Tasha's post-surgery recovery regime will be like after I talk to the surgeon next week. I hope we'll get back to our daily walks in the vineyard before too long.

These first two photos are ones I took just a few days ago, on the spur of the moment. Bertie and Tasha were watching birds on the feeder we put out on the terrace railing in winter. 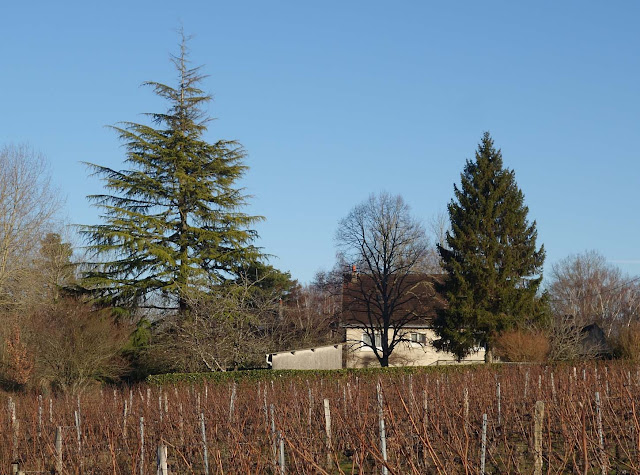 Here are two photos of our house and back yard from out in the vineyard. We've lost half a dozen trees over the past few years. We're hoping that the big Himalayan cedar and the linden won't die any time soon. The spruce tree that we call "the Christmas tree" will need to go next year or the year after. 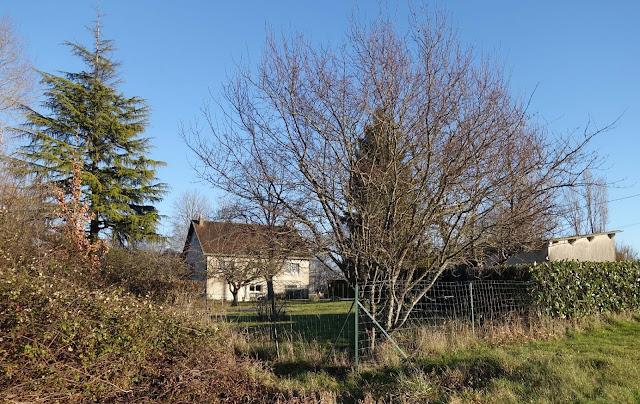 The tree in the foreground in this picture is a plum tree that I planted more than a decade ago. It's going strong, but last spring's late frost and freezes killed off what was promising to be a bumper crop of little red plums. 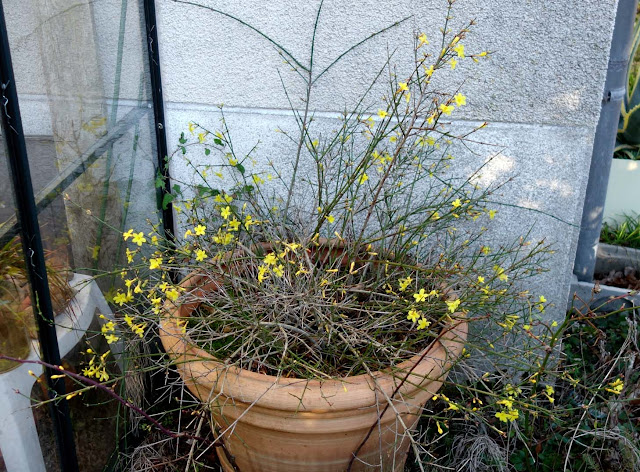 This yellow jasmine that flowers in winter is a plant that CHM gave us five or six years ago. I transplanted it into a big pot and put it at the southwest corner of the house, where it gets good winter sunshine. I'm posting this photo because it's flowering right now and I want CHM to see it. 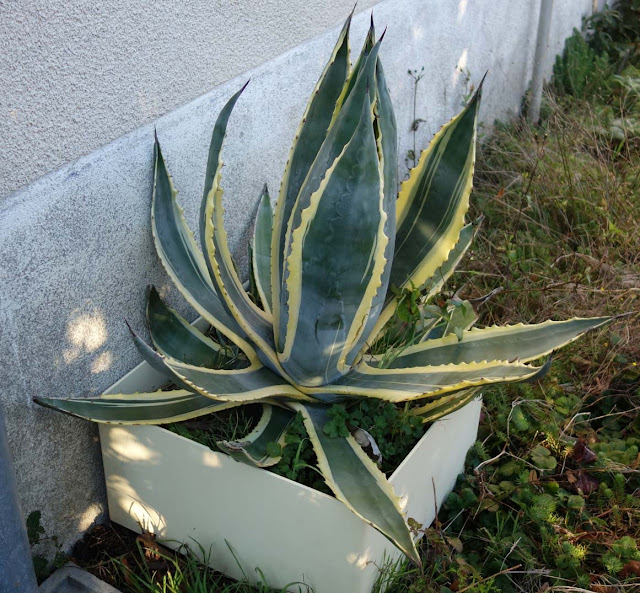 This is another plant that was a gift from a friend about a decade ago. It's in a big planter box that is also at the southwest corner of the house, and it seems to be thriving for now. The friend that gave it to us lived on the other side of the village, but now she's in an assisted living facility in Saint-Aignan. She'll be 92 years old in April.
Posted by Ken Broadhurst at 06:00