I can't leave the Dordogne/Périgord without posting a few photos of the town of Sarlat (officially, Sarlat-la-Canéda, town pop. 9,000, urban area 20,000). I've posted photos taken in Sarlat before — some less than a year ago (1) (2) (3) — but I think not these. In fact, I just realized a day or two ago that the town in this first photo here was Sarlat. I'm not sure exactly where we were when I took it. Somewhere between Sarlat and Montignac, I think. 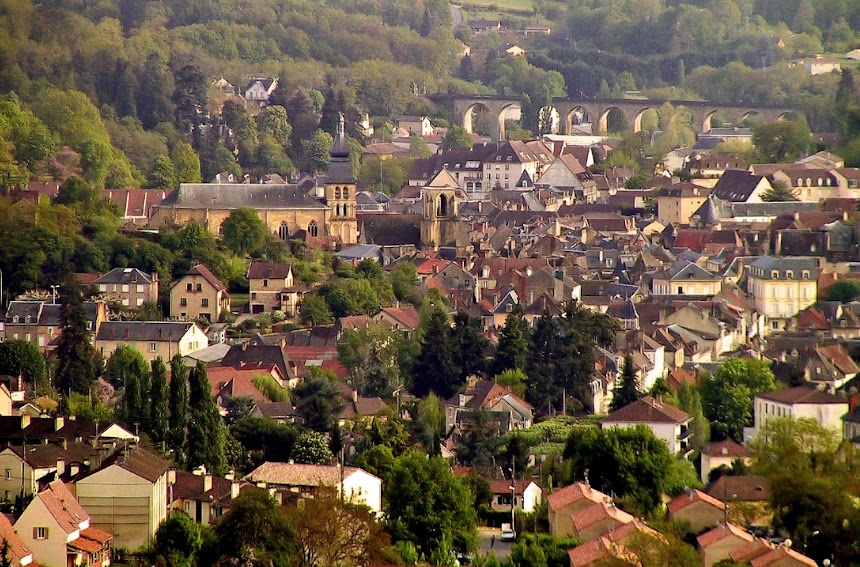 The rest of these shots are close-ups of some buildings and architectural details. They give a good idea of the color of the stone and the style. We were lucky to be there on a Saturday, which is market day. The main streets of were very crowded and busy, so we sought out side streets and back streets. 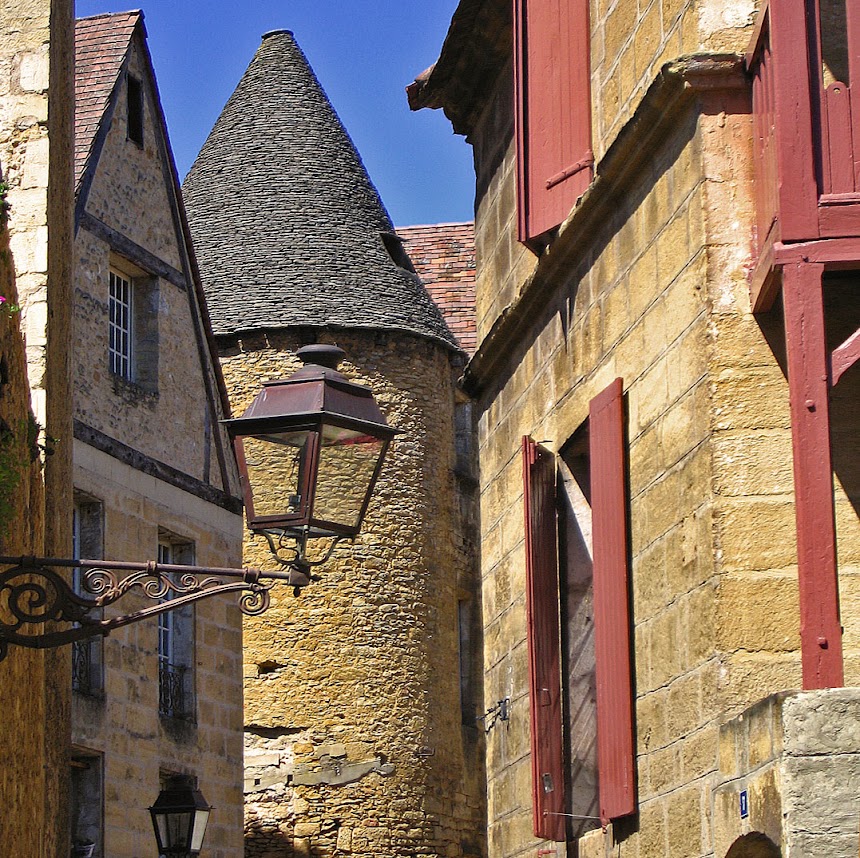 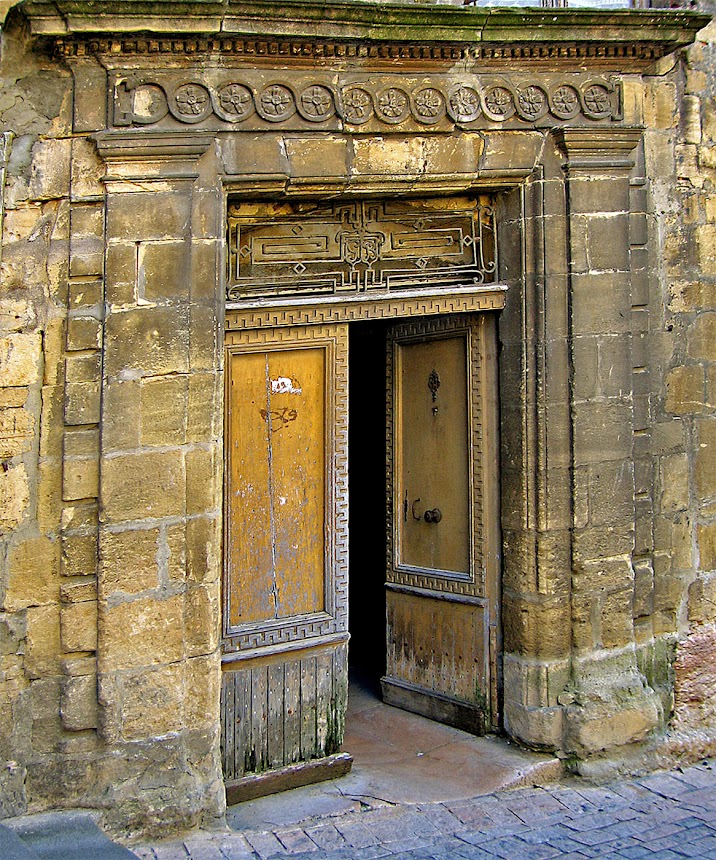 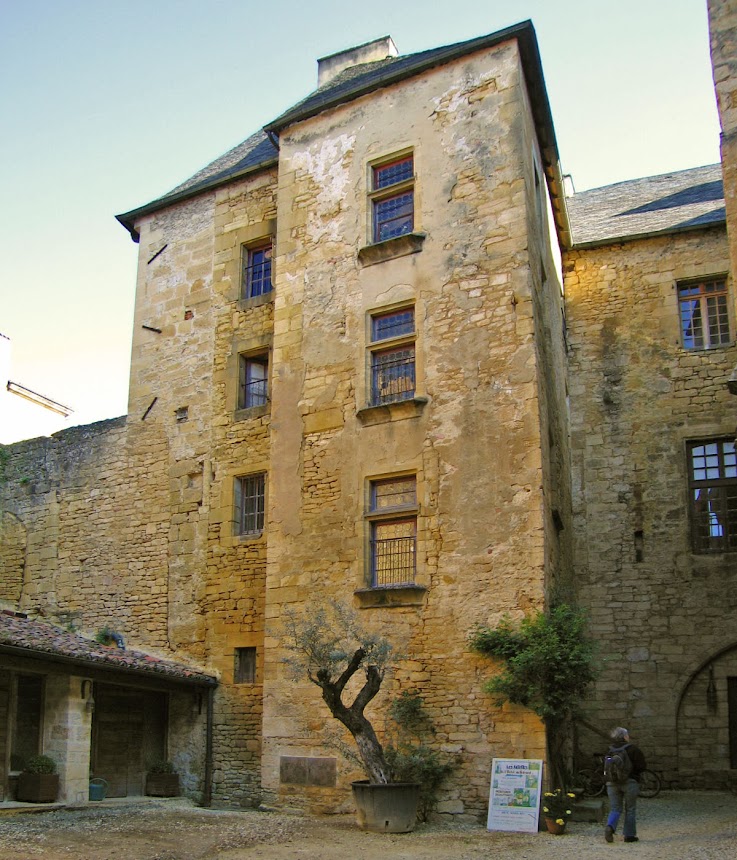 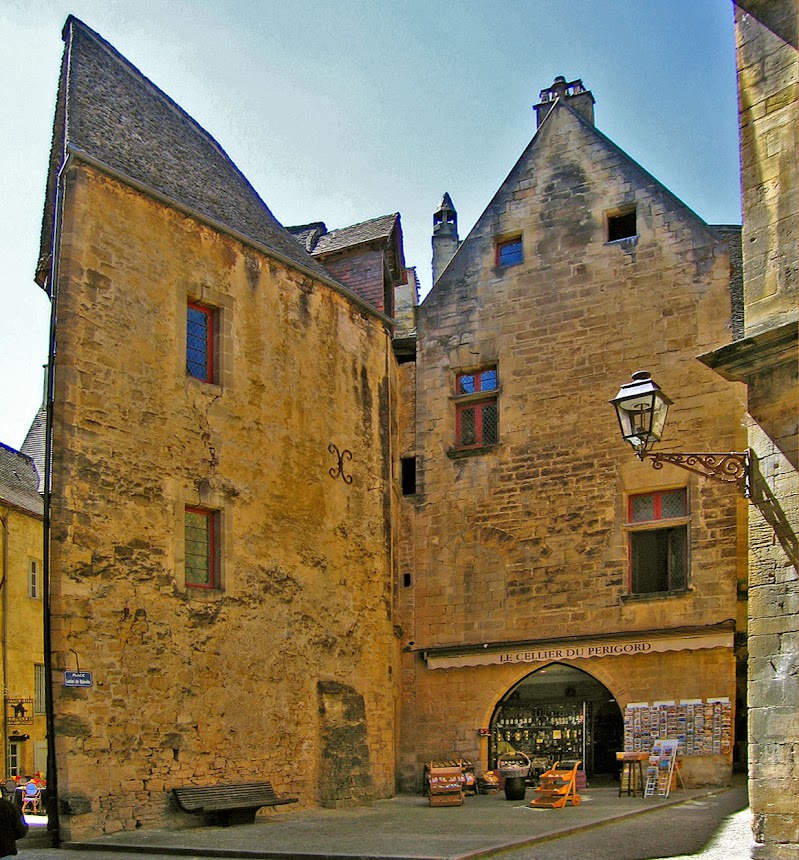 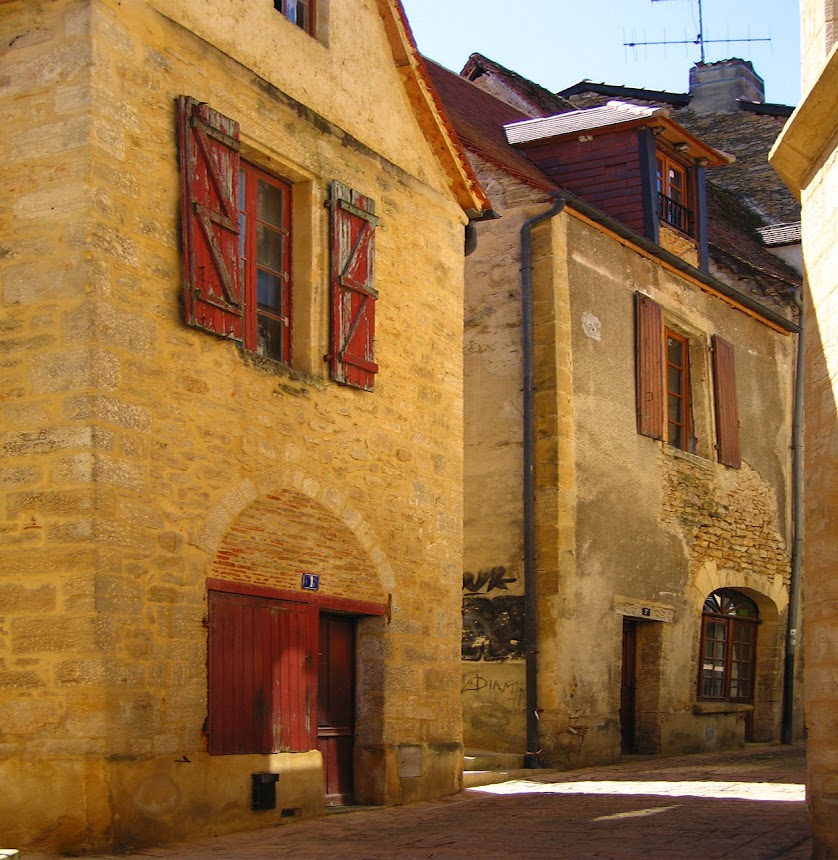 Here's what Wikipedia says about the history of the town:
Sarlat is a medieval town that developed around a large Benedictine abbey of Carolingian origin. The medieval Sarlat Cathedral is dedicated to Saint Sacerdos. This abbey appears in records as early as 1081 and was one of the few in the region that was not raided by the Vikings. The name for the abbey church was Saint Sacerdos by 1318; in the 20th century, it would become a cathedral under Pope John XXIII. Because modern history largely passed it by, Sarlat has remained preserved and one of the towns most representative of 14th century France. Its historic centre, with 77 protected monuments, was added to France's Tentative List for future nomination as a UNESCO World Heritage site in 2002. The excellent state of preservation owes a debt to writer, resistance fighter and politician André Malraux, who, as Minister of Culture (1960–1969), restored the town and many other sites of historic significance throughout France. The centre of the old town consists of impeccably restored stone buildings and is largely car-free.
Posted by Ken Broadhurst at 07:00