The May 2008 Oléron fish situation 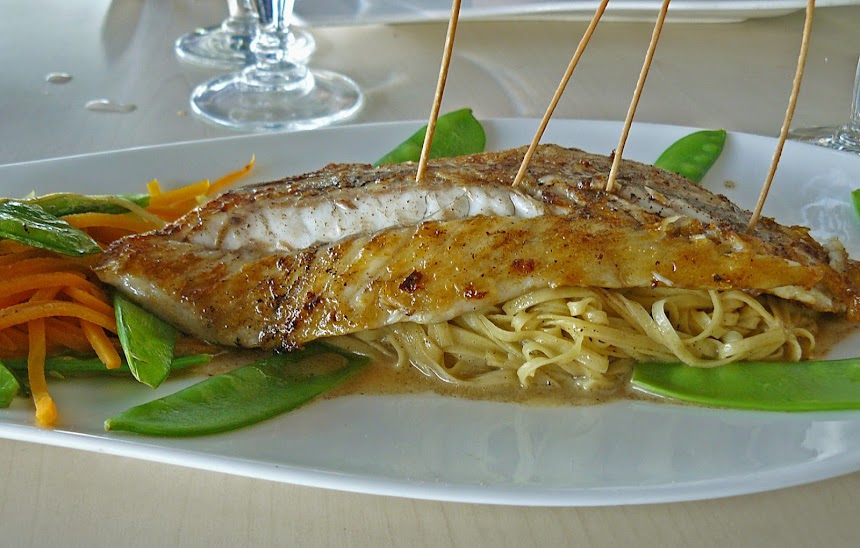 When we planned our week-long stay on the Île d'Oléron, we imagine eating fish and other "fruits of the sea" (fruits de mer) every day. We figure that with good weather we'd be able to eat lunch outside on a terrasse, where the dog would be welcome. 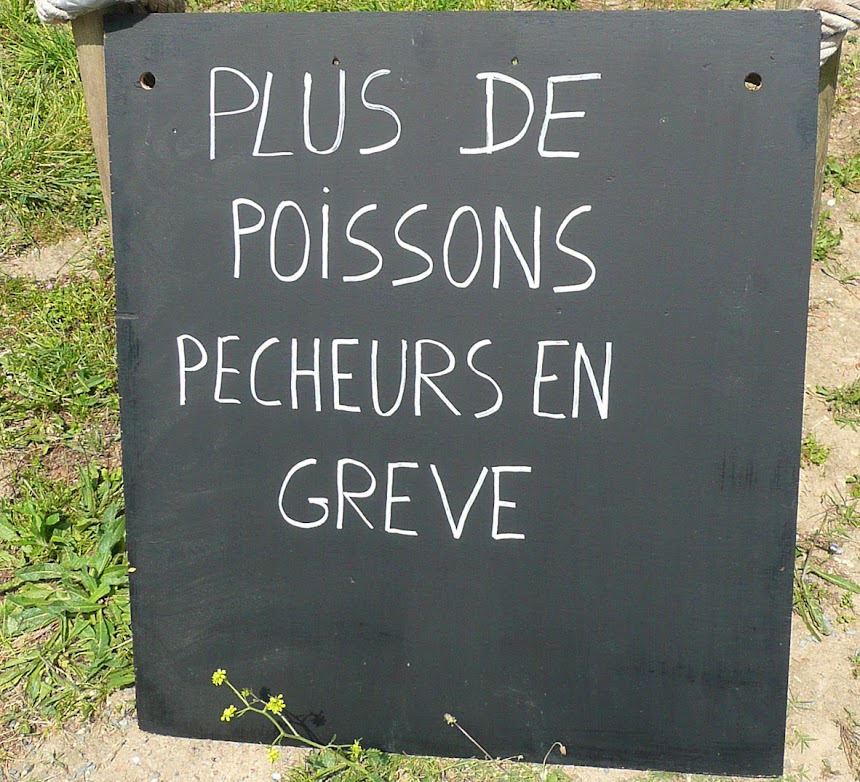 Instead, this is what we were faced with. The commercial fishermen were on strike, and the fishing boats were confined to port. The restaurants on the island had run out of fish. The fish markets at the island's main fishing port, La Cotinière, were shut up tight. Remember, plus de poissons means "we're out of fish" or "no more fish" it's a negative. 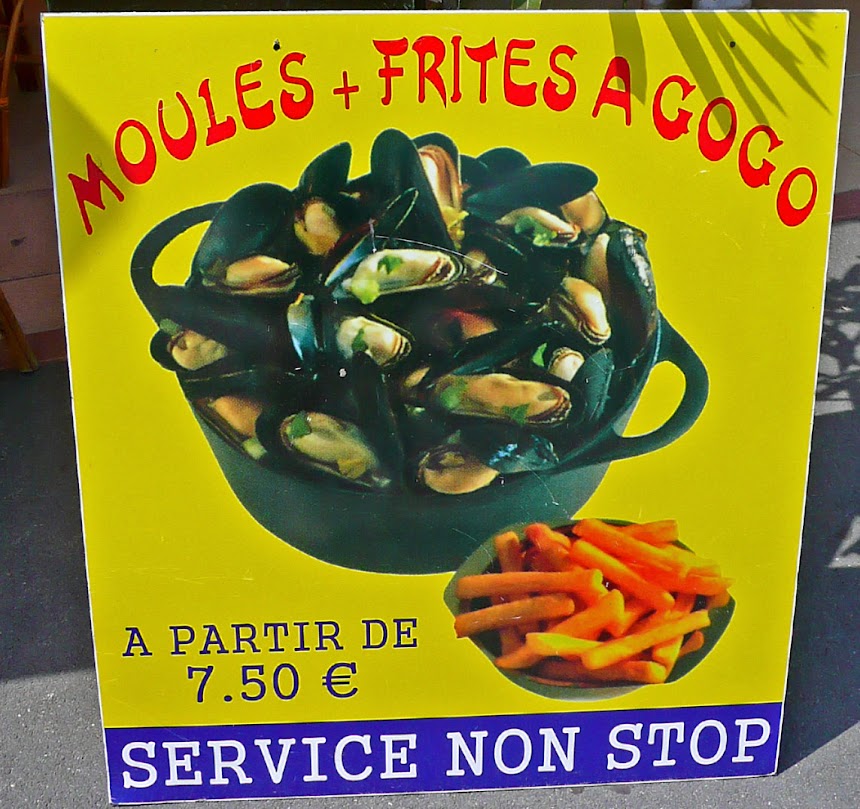 The only fish to be had was shellfish. Luckily, all three of us enjoy mussels, clams, oysters, etc. We didn't have the moules + frites in this place, but we were tempted. Instead, we shopped in outdoor markets and made dinner at the gîte. In fact, we went to only one restaurant all week. The first photo above shows the fish one of us had in that restaurant. 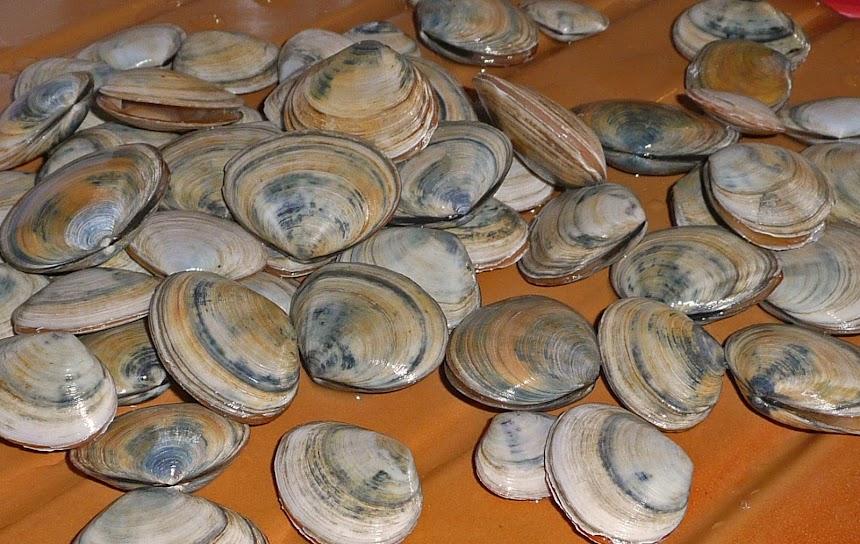 At an open-air market in La Cotinière, we discovered a new edible mollusk — one we had never heard of before. It's a small bivalve, like a clam but with a more delicate shell. It's a local fruit de mer, and it's called a lavagnon in local parlance. 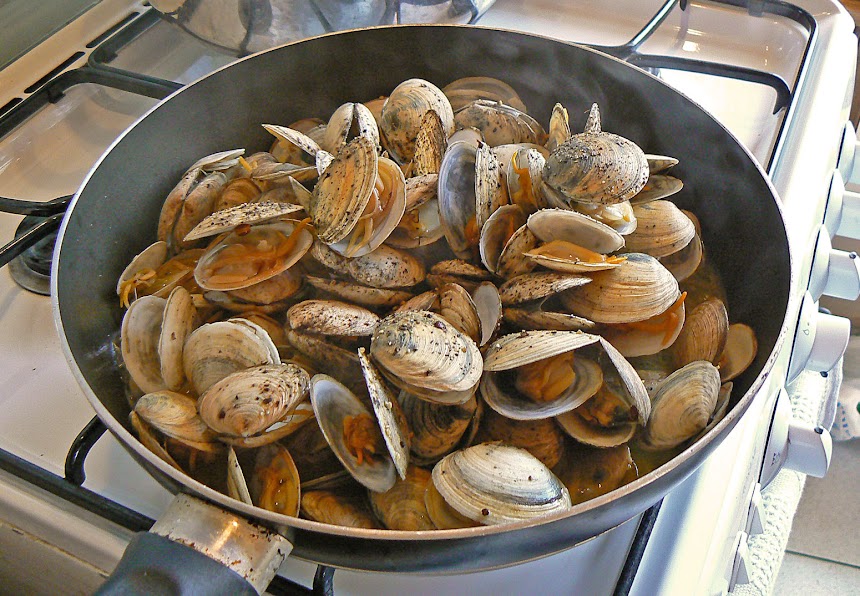 We decided to try it. And we all liked it. It was easy to cook and very flavorful. We just the whole lavagnons, shells and all, in a pan, poured on some white wine, and heated everything up until the lavagnon shells popped open. 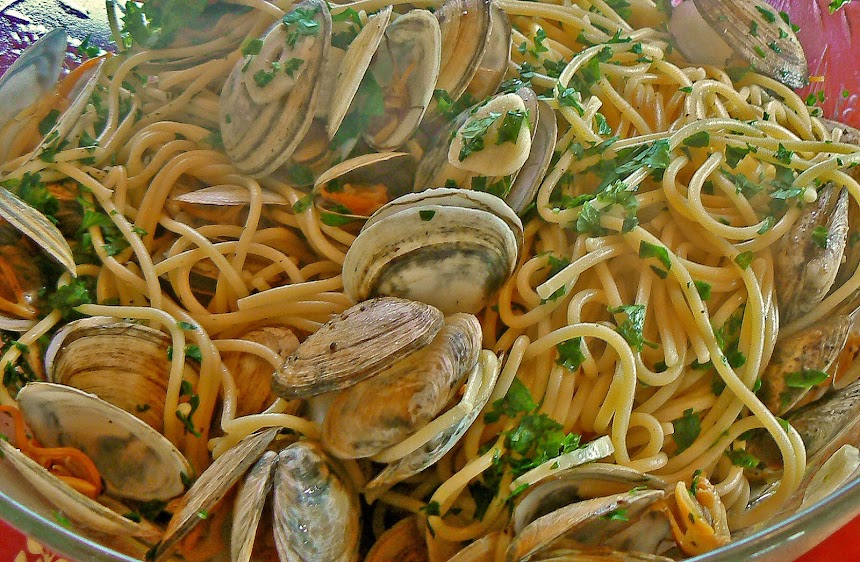 Seasoned with a generous amount of black pepper and chopped parsley, it was tasty and filling. Especially because it was served over spaghetti, to which the lavagnon broth gave good flavor. For nearly 10 years after that trip, we could find lavagnons at the Saturday morning market in Saint-Aignan. Sadly, the fishmonger who used to come here every weekend from Oléron and set up in the market, retired a few years ago. No more lavagnons for us, but we've found we can make the same pasta and shellfish dish with cockles (coques), which are equally delicious and sell for about the same price.
Posted by Ken Broadhurst at 07:00