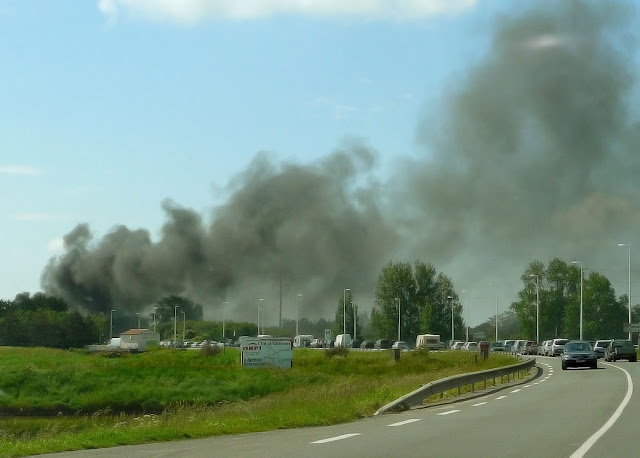 After the 2006 trip to the Dordogne, Walt and I took trips to the Mont Saint-Michel and to Paris in June and July. Then we took a five-week trip to the U.S., driving from Boston to Chicago, via North Carolina and Alabama, before flying back to France in November. The year 2007 was different — no gîtes for us. In March, we went back to the Mont Saint-Michel and stayed a couple of nights in a hotel sur le mont. We got a new dog, Callie the border collie. My sister came to visit us for a week in September. I went to the U.S. again in October. The year sped by. 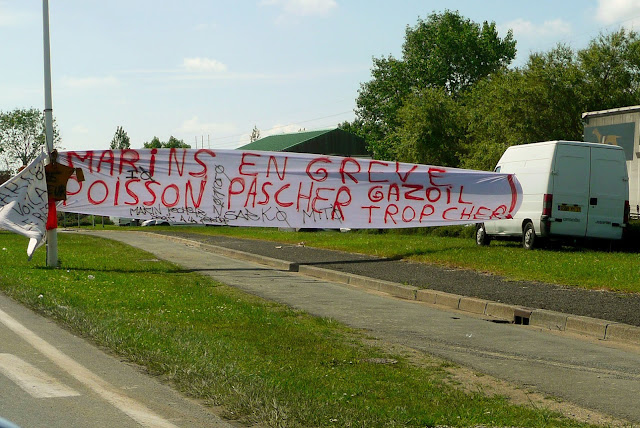 In May 2008, we took another trip, and stayed in another gîte. We had quite a welcome when we arrived at our destination. What a welcome! We thought a catastrophic fire was burning down a business or somebody's house. It turned out to be something completely different. I don't know if we had heard that there was a big strike. Probably not. The local commercial fisherman were unhappy and were causing trouble. 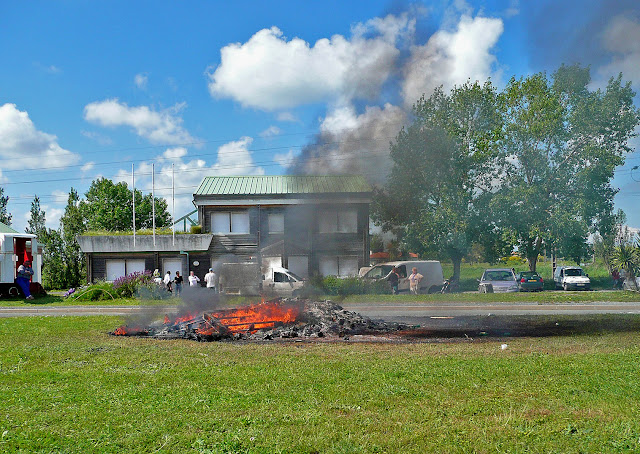 Our destination was an island, the Île d'Oléron, off the French Atlantic coast not far south of La Rochelle and not far north of Bordeaux. We were traveling with our good friend Cheryl, who had come for a three week visit, including a week in Saint-Aignan, a week on the island, and then a week in Paris in a rented apartment. We also had our year-old dog, Callie, in the car. And we were stuck in a very slow-moving traffic jam. The fishermen were burning at least one large pile of car and truck tires. There was much black smoke. 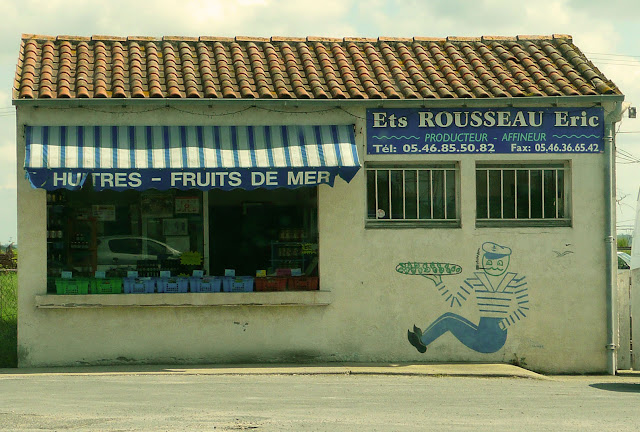 We had expected to see sights like these. Seafood stands and markets. Boats. Bridges — there's a big bridge from the mainland over to the île d'Oléron, which is not a desert isle. It's 174 km² of land — 67 mi² — on which live between 20K and 25K people. The strikers were blocking the bridge using a strategy called un barrage filtrant — a slowdown resulting from the strikers every car headed toward the bridge and talking to the drivers and passengers about the reasons for the strike and asking for support. 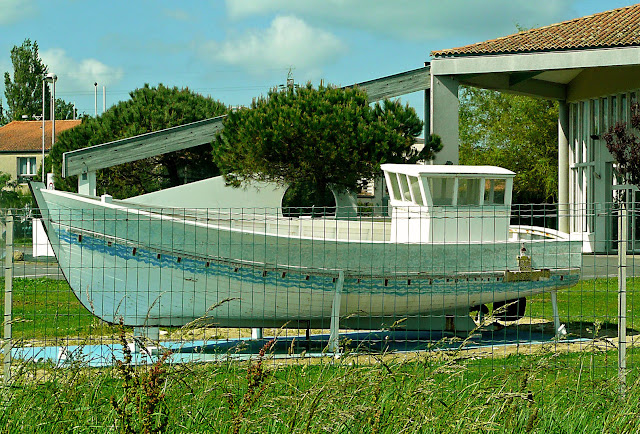 We planned to spend a week walking on beaches, climbing up to the top of lighthouses, shopping in picturesque seafood markets, and eating fin fish, shellfish, and crustaceans. We were anxious to get to the gîte we had rented for the week. We were hoping for good weather. And we also planned to drive off the island at least a couple of times to go walk around in the nearby towns of La Rochelle, Saintes, and Rochefort. After a four-hour drive, we were stuck in the traffic jam for 45 minutes, admiring a lovely plume of black smoke. 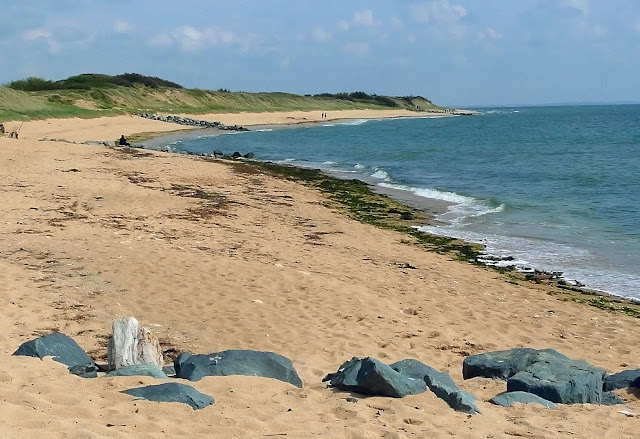 We had high hopes for the gîte. Judging from pictures we had seen on the internet, it had a large living-dining room and kitchen, a bedroom, and a full bathroom on the ground floor. Not to mention a bedroom with three single beds and a half-bath (sink and toilet) on the second floor (le premier étage). Most importantly, it was just a short walk from the beach on the south side of the island, and short drive from the colorful fishing port called La Cotinière.
Posted by Ken Broadhurst at 07:00