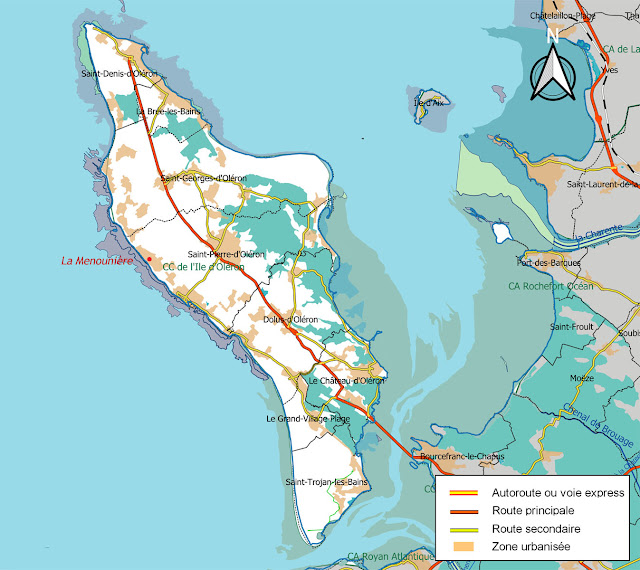 I thought it might be a good idea to post a map of the Île d'Oléron. The island is about 18 miles from north to south, and about 7 miles wide at its widest point. I've added La Menounière to the map, which I found on the internet, so you can see where our gîte rural was located. There's a lighthouse at the northern tip of the island. At the southeastern corner there are a lot of oyster shacks and oyster farms. There's also a château down there. There's a passenger ferry that runs from that sort of knob of land on the east coast of the island over to the city of La Rochelle. We wanted to take it, and dogs are allowed, but it wasn't running because striking fisherman had blocked the entrance to the port at La Rochelle. 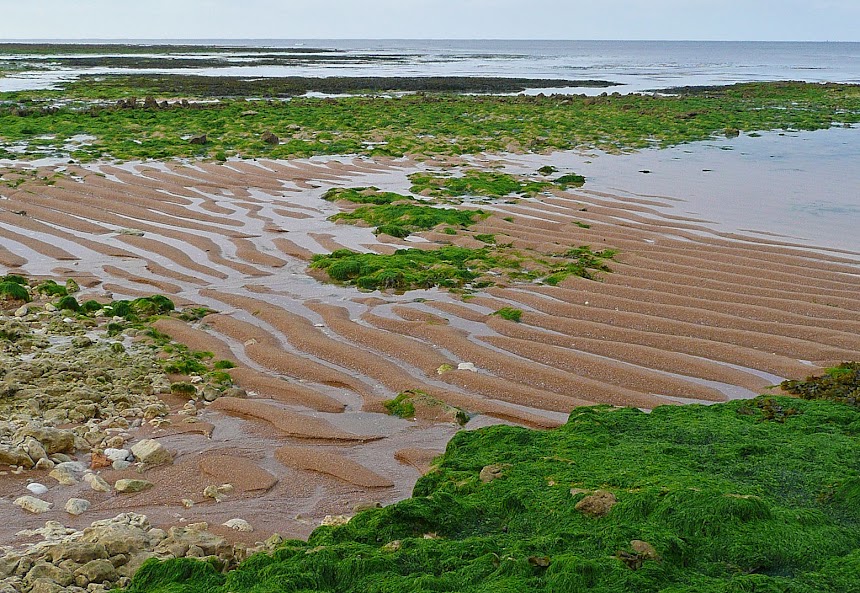 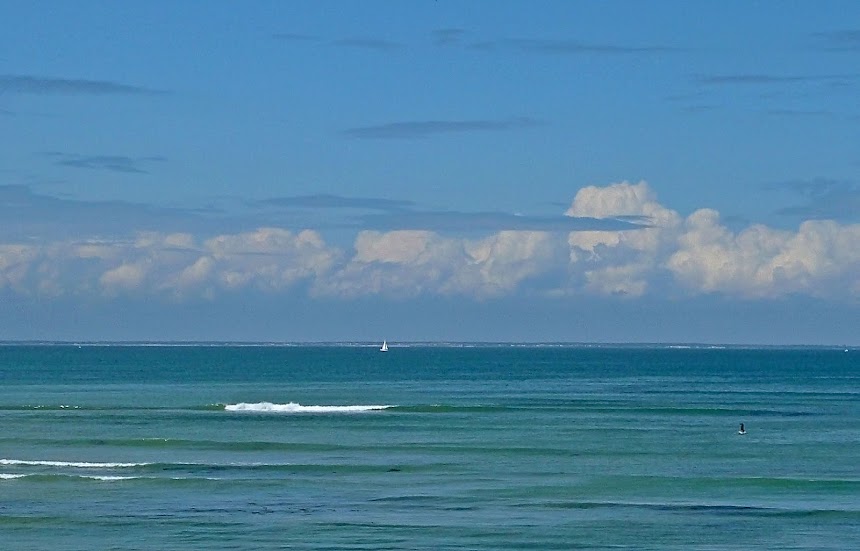 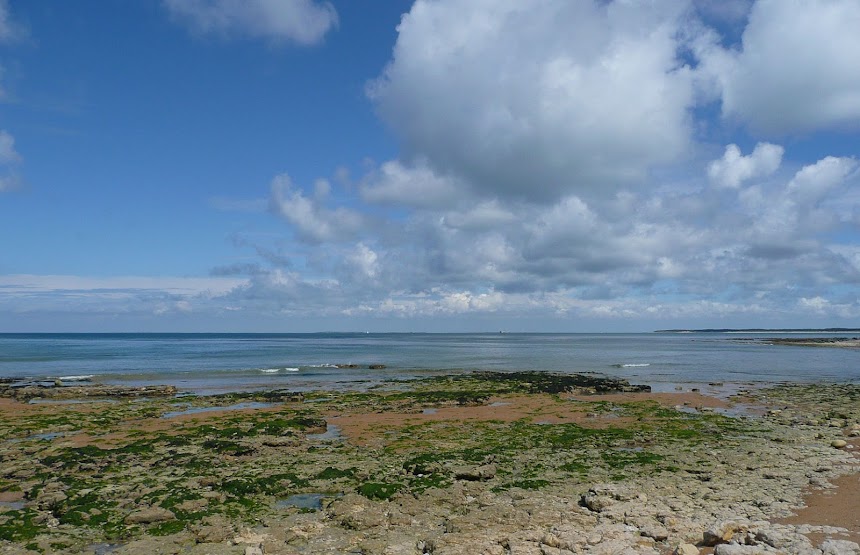 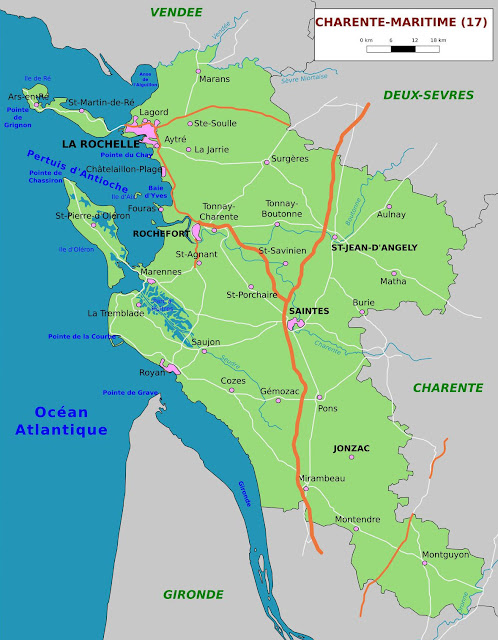 Here's map that shows a wider view. You can see La Rochelle and the Île de Ré to the north of Oléron, and Rochefort to the east. Bordeaux is about 2½ hours south. We didn't get to go to those cities on the 2008 trip. Oh, we could have, but going would have meant probably sitting in traffic for 90 minutes or so at the bridge, and the drive from La Menounière to La Rochelle takes about 90 minutes each way. So we would have spent four or five hours on the road. It wasn't worth it. Instead, over the course of the week, we went up to the top of the lighthouse. We poked around in Saint-Georges and Saint-Pierre. We saw the oyster farms and shacks and the château to the south. We also took a little train trip — with Callie — down to the sandy far southern tip of the island at Saint-Trojan-les-Bains. And Cheryl and I spent half a day taking photos in an interesting bird sanctuary and park at Dolus. That day, Walt stayed "home" with Callie and probably went for a walk on the beach.
P.S. Here in Saint-Aignan, our cold spell is over. I had a very pleasant walk in the vineyard yesterday afternoon without having to wear a hat, gloves, and a heavy coat. The temperature right now is about 50ºF instead of 25 and it'ss supposed to be in the mid-60s F by the end of the week and through the weekend. Maybe some of our yard work and home improvements will get done now.
Posted by Ken Broadhurst at 06:30