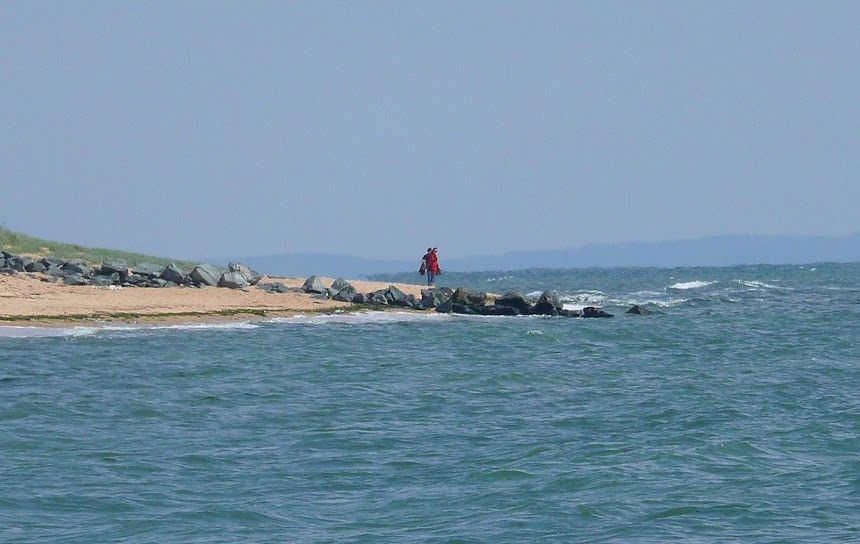 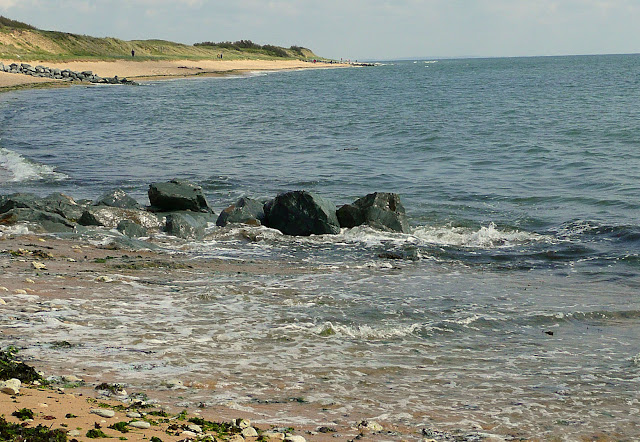 I think I'm going to have to start a new blog — one dedicated totally to photos I took on the Île d'Oléron in late May 2008. I have processed dozens of them this morning, and there are many more to work on. They include photos of the beaches, the lighthouse, the fishing ports, the birds, the oyster shacks... and so on. All these photos should keep me busy for a while, no matter which blog I post them on.

Yesterday the question of groynes, groins, and jetées came up in comments. I've always known them as jetties. 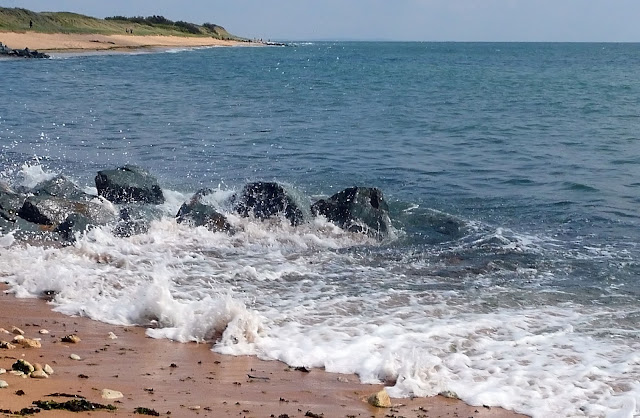 There are several jetties that stabilize Beaufort Inlet, across from Morehead City and Beaufort in North Carolina. They were built in the 1850s. Boulders must have been hauled for hundreds of miles from the mountains of western N.C., because there are no rocks in eastern North Carolina. Or maybe they were brought in from elsewhere by boat. Morehead City was founded in the 1850s when a rail line to the coast from Raleigh (the state capital) was built to provide access to a new deepwater port for the state. 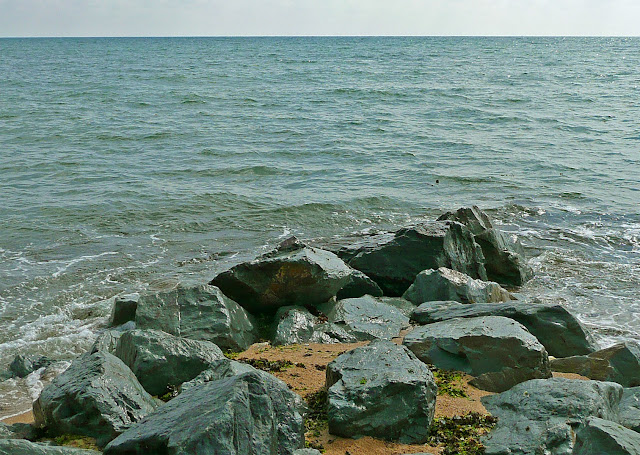 I think that's why I'm fascinated by rocks and stones — there were none where I spent for the first 18 years of my life (except for those jetties). The jetties or groins in the photos here are some that I saw on the Île d'Oléron. I'm fascinated by the blue color of the rocks that were used to build them. According to Wikipedia, the British spelling "groyne" has been Americanized as "groin" nowadays. Dictionary.com, however, says that a groin or groyne is a small jetty. Meanwhile, I've just learned that une jetée in French is not what we call a jetty in North Carolina. 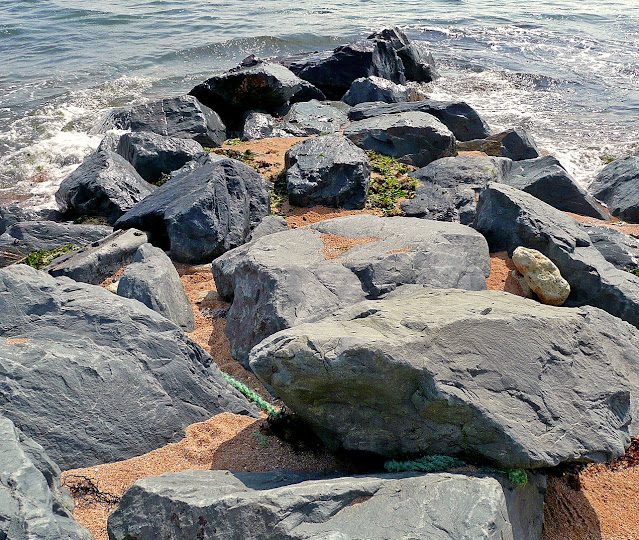 What we call a jetty or others call a groin or groyne is called un épi in French. Un épi is otherwise what we call an "ear" of corn or some other grain. This is all very technical, and reading about it after spending a couple of hours processing photos explains why I am posting later than usual this morning.

Anyway, I like the bluish color of the rocks that went into laying down the jetties, groins, or épis along the beaches of the Île d'Oléron that are exposed to wave action and prevailing ocean currents, protecting the beaches from erosion. Our gîte there was just a short walk from this beach, and we went there with the dog nearly every day. 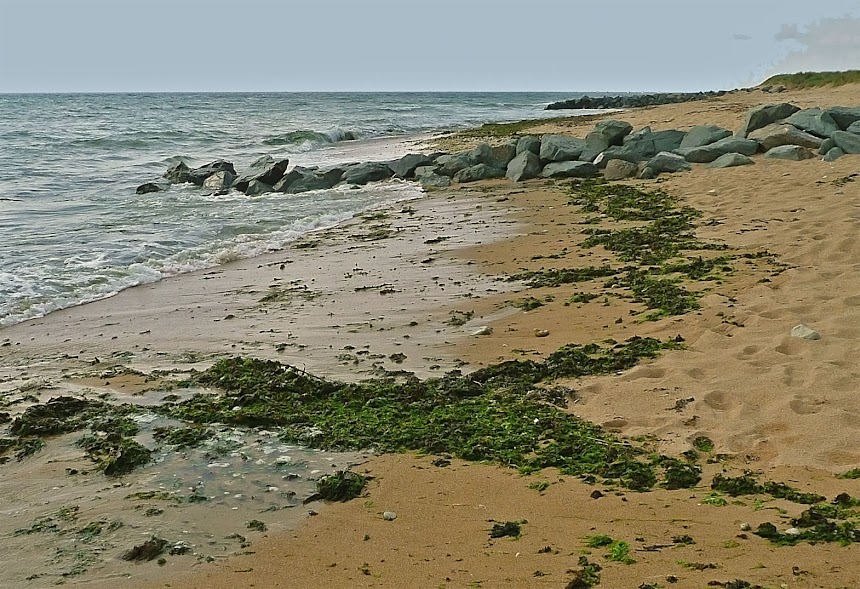