The Vézère river is une rivière in French because it flows not all the way to the sea but into another river. That river happens to be the Dordogne, and it qualifies to be called un fleuve because it isn't the tributary of another river. So much for technicalities. The Vézère valley from Le Bugue northeast toward the river's source in the Massif Central (France's central mountains) is very picturesque. The river flows for 211 kilometers — 125 miles — from its source to its confluence with the Dordogne. 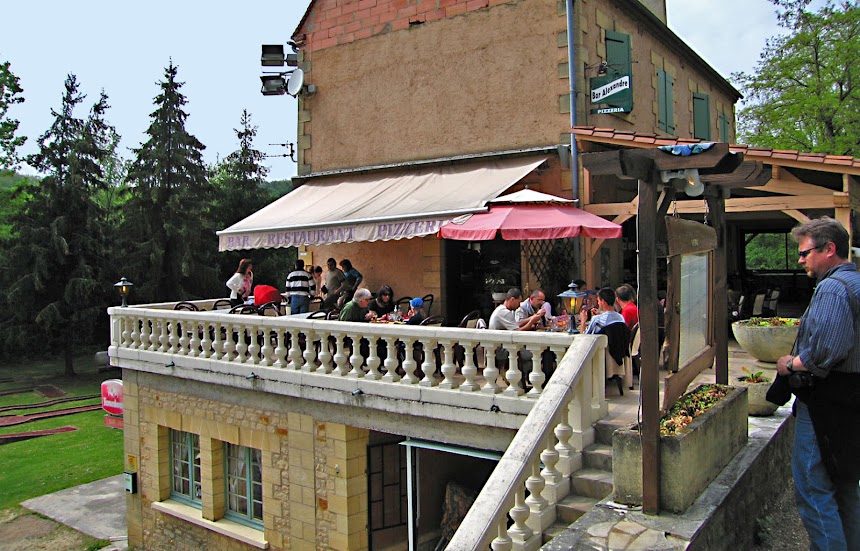 These are just a few pictures of the lowest part of the river valley, from Le Bugue to a point just 12 miles upriver. The drive takes you through the village called Les Eyzies, where the Musée National de Préhistoire was founded in 1918. Above, that's Walt reading the menu at the Bar Alexandre, a bar-restaurant-pizzeria in Les Eyzies. 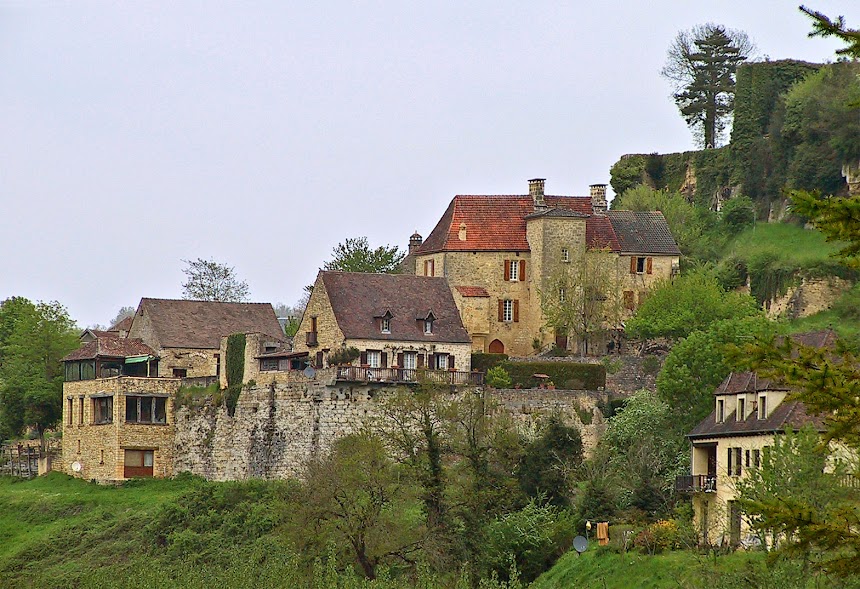 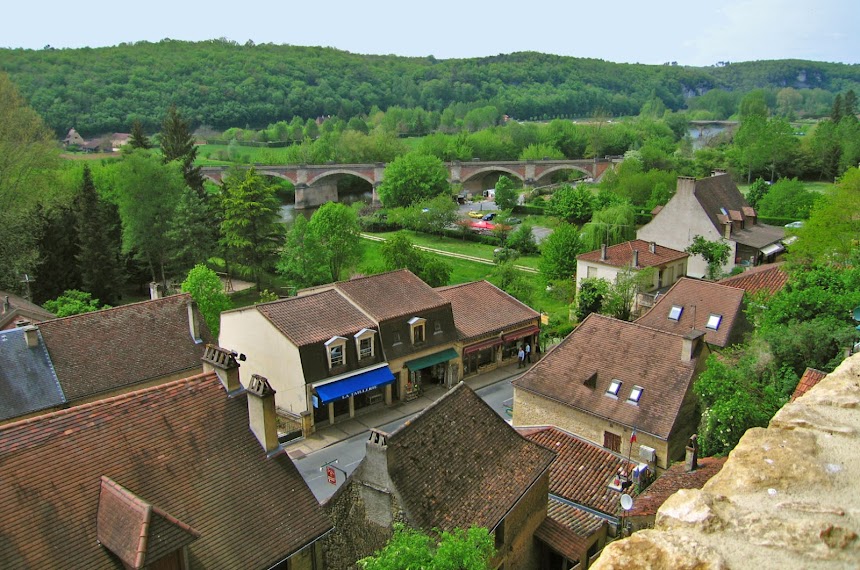 The ten or 12 prehistoric painted caves along the river from Le Bugue to Montignac were discovered one by one starting in the 1860s. The most famous, Lascaux, was discovered only in 1940. The area has been called la vallée de l'homme. 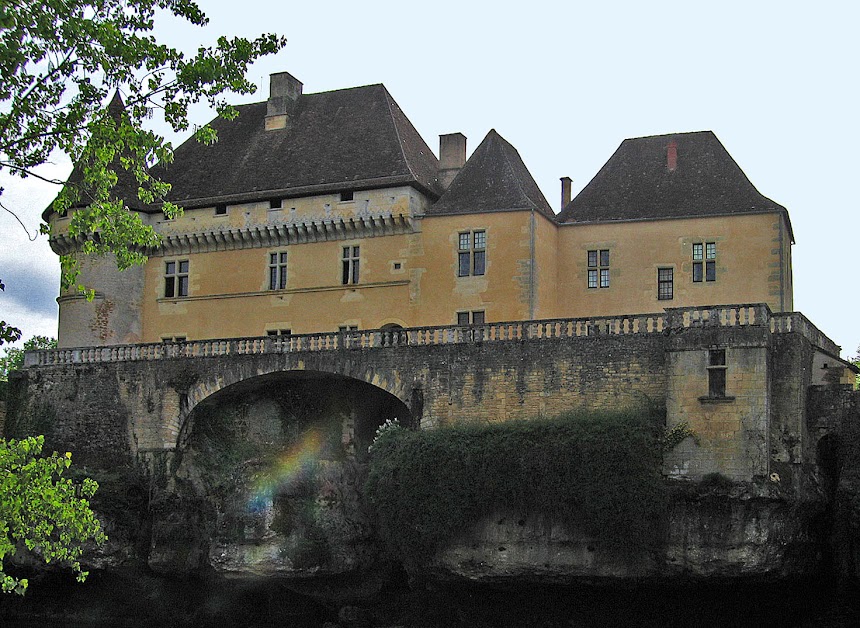 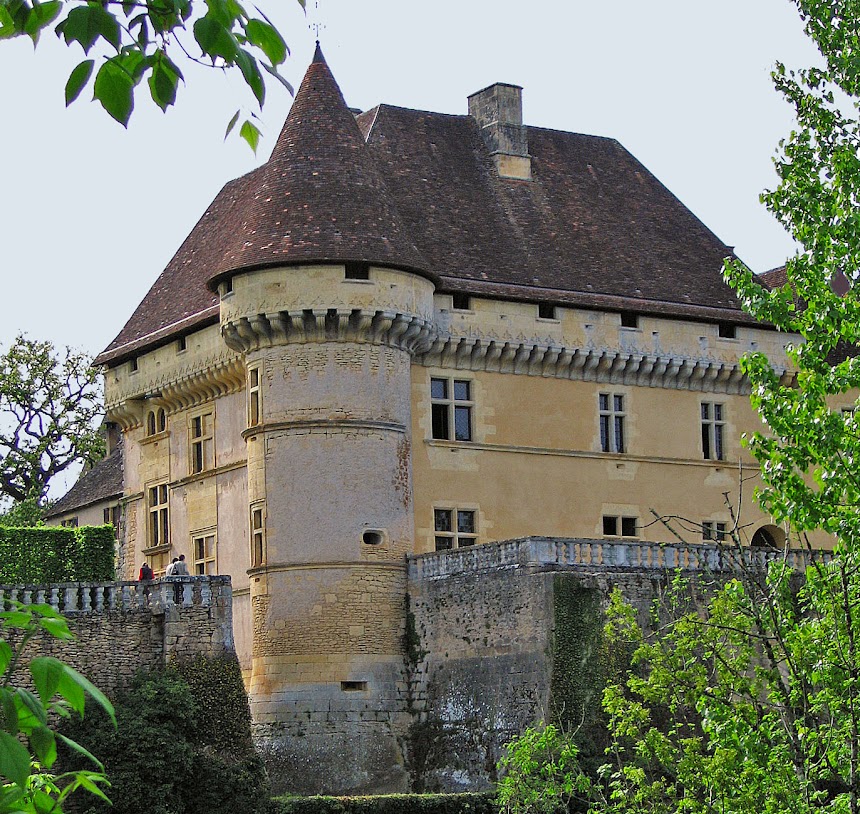 The château in these last two photos is called the château de Losse, which is on the left bank of the Vézère. It was built in medieval times but was converted into a comfortable Renaissance-style residence — a palace — late in the 16th century. Losse is known for its interior furnishings and its gardens.
Posted by Ken Broadhurst at 06:00